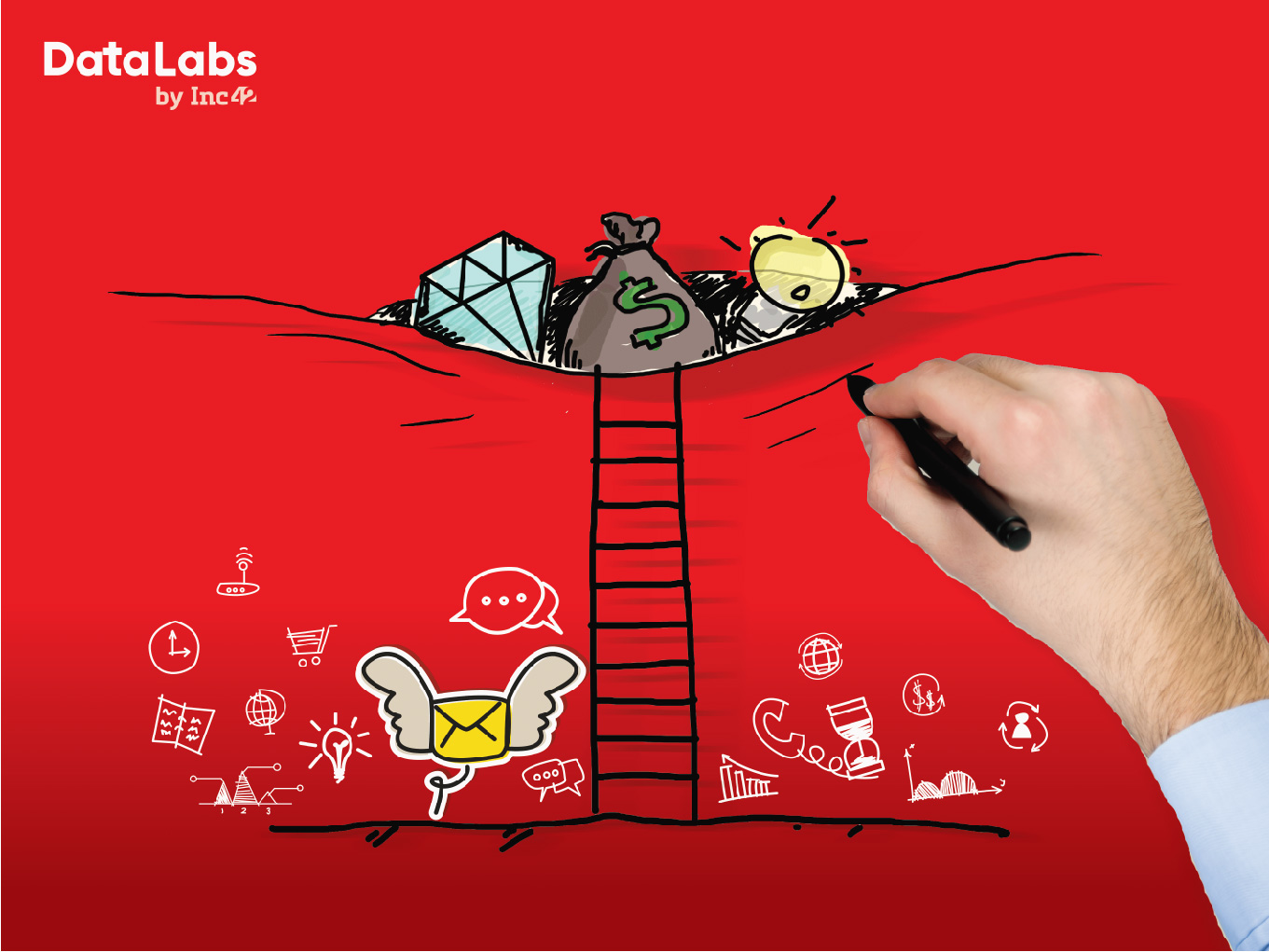 For 2020, the deal count and number of unique startups funded are likely to continue falling

This article is an overview of DataLabs by Inc42’s upcoming Annual Indian Tech Startup Funding Report, 2019 which offers a detailed analysis of the investment trends, mergers & acquisitions (M&As), startup policies and macroeconomic factors that influenced the Indian startup ecosystem from 2014-2019. Read all articles in this series

With a new year and a new decade upon us, there’s a lot of excitement in the air and hope around growth for the startup ecosystem. As usual, we have identified several emerging trends for 2020 and sectors that will see the most investment and innovation activity. To peer into the new year, we have taken stock of the ecosystem and relying on the patterns set in 2019 to deduce the trends, the funding amount and the deals expected for 2020.

To begin with, DataLabs by Inc42 estimates that by the end of 2020 the total value of funding amount is not going to be very different from 2019. At the end of 2020, the funding amount is expected to be approximately $12.6 Bn across 778 deals, taking the total funding raised by Indian startups between 2014 and 2020 to over $71 Bn. In terms of startups funded, the total count of deals for the six-year period will reach 5,789 in 2020.

In the Indian Tech Startup Funding Report in Q3 2018, DataLabs by Inc42 had predicted that the funding amount in Indian startups would hit the $12 Bn mark with 748 deals for the calendar year of 2019. With a total capital inflow of $12.7 Bn across 766 deals, the startup ecosystem growth in India was more or less along these predicted lines. And the growth for 2020 will be incremental, at best as per our projections.

This trend of evolutionary growth has been playing out since 2017, the year when the funding amount in Indian startups reached its historical peak of $13 Bn. Since then, the capital inflow in Indian startups has remained more or less stable.

In 2020, we expect the total capital inflow in Indian startups to remain in the range of $12 Bn to $13 Bn as witnessed in 2019. Similarly, the count of funding deals is estimated to be in the range of 750 to 800. There are multiple factors at play which are enabling the transition of the Indian startup ecosystem. Among the primary ones are investors getting picky about early-stage deals, prioritisation of unit economics and business sustainability over addressable market opportunity and cashburn to acquire users, and the rising popularity of syndication in investments due to growing risk of startup failures.

In addition to the estimated value of the funding amount and deal count in 2020. Here are some other trends which we expect to prevail this year.

While we do not expect the state of seed stage investments to improve drastically in terms of unique startups funded or overall deal count by 2020 end, seed funding amount will bounce back.

Healthtech Startups In For A Bounty

In terms of emerging sectors, in our 2018 report, we had expected the rise of IoT, blockchain, cybersecurity as well as space tech. The latter, in particular, has grown in stature — even if not in funding amount — thanks to the launch of India’s Chandrayaan-2 mission and the buzz around the Indian space sector.

For 2020, DataLabs by Inc42, expects healthtech and fintech startups to shine in terms of deal count and funding. Finance and healthcare are two of the most significant aspects of the Indian economy. The fact that startups operating in fintech and healthtech develop products or services that are so vital to life means that the consumer and business demand for improved functionality and more innovation is always going to be high, which is what investors will eventually look at.

In case of fintech, the value of total funding amount in 2020 is estimated to be approximately $2.01 Bn which is a decline of 22%, but this downfall is a simple market correction of capital inflow in the sector, as the trend of alternative year downfall is quite clear in fintech since 2014.
From 2015-2020, the capital inflow in this sector is growing at a CAGR of 5%.

On the other hand, the count of unique fintech startups funded is estimated to be 121 compared to 106 in 2019, growing at a compounded annual growth rate of 12%

In 2021, provided that the market conditions are favourable, DataLabs by Inc42 estimates the annual capital inflow in the Indian startup ecosystem to reach a new historical peak, much higher than the $13 Bn invested in 2017, the peak funding year so far.

The full set of our predictions for the Indian startup ecosystem for 2020 is presented in the DataLabs By Inc42 Annual Tech Startup Funding Report 2019.