Zomato-Swiggy Duopoly? The Fallout From The Uber Eats Acquisition

Zomato-Swiggy Duopoly? The Fallout From The Uber Eats Acquisition

Zomato acquired Uber Eats in a deal, which saw Uber get a 9.99% stake in Zomato 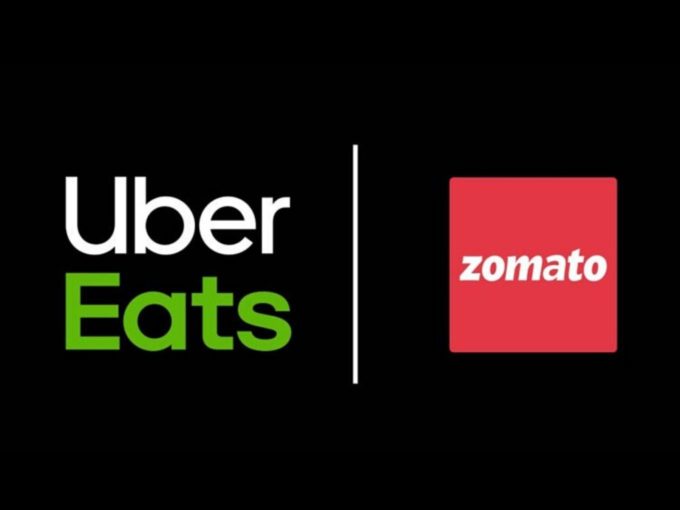 The week started with one of the biggest acquisitions in the Indian startup ecosystem, as Zomato acquired Uber Eats’ India business. Zomato, which was the second-largest player by market share trailing Swiggy before the deal, acquired Uber Eats at a valuation of $350 Mn, which saw Uber pick up 9.99% stake in Zomato in return.

The acquisition makes the Indian foodtech and food delivery market a two-horse race — Zomato surpassed Swiggy in terms of market share and user base and will take over Uber Eats’s business in 38 cities across India.

The deal, which is being seen as a market consolidation move, has raised several eyebrows among those who close to the foodtech ecosystem. Zomato cofounder and CEO, Deepinder Goyal has said that acquisition significantly strengthens the company’s position in the category.

At the same time, Uber global CEO Dara Khosrowshahi said that India remains an exceptionally important market for the company, despite the exit from the food delivery business. The company will continue to invest and grow its India ridesharing and mobility business.

Uber Eats Acquisition: What Does Zomato Get Out Of It?

When you look at the optics, what is Zomato really getting from acquiring Uber’s loss-making food delivery business? According to some investors, Zomato would gain access to the southern India market, which is a good space for Uber Eats.

Yagnesh Sanghrajka, chief financial officer at 100X.VC, which is investing in over 100 early-stage startups, said that the strength of the delivery network of Uber Eats will benefit Zomato in growing its market share in southern India and hence compete more fiercely with Swiggy nationwide. It is to be noted that Uber Eats is said to have a stronger foothold in the region compared to Zomato with about 30% market share.

According to the Ministry of Corporate Affairs Filings, Uber Eats was expected to post a loss of INR 762.5 Cr ($107.6 Mn) between August 2019 and December 2019. For the same five-month period, Uber also projected higher operating losses valuing at INR 2,197 Cr ($309.6 Mn) for its food delivery business.

Uber’s India food delivery business saw a decline which is said to have negatively impacted the global numbers. Uber CFO, Nelson Chai, in a meeting with analysts, said that UberEats’ India business dragged down the food delivery arm’s average net revenue. “Without India, the adjusted net revenue (ANR) would have been 11.1%. Now, it is 10.7%,” he added.

Which is why many are wondering why Zomato went after a loss-making business even as it charts its way to profitability. And what does it mean for restaurants, which have been protesting against the influence of food aggregators over the past year?

A Two-Horse Race In Foodtech

The investors and market watchers have warned against the duopoly in the food delivery space now that Swiggy and Zomato do not have a real competitor. Many have acknowledged that the duopoly will disrupt things for many restaurants and food businesses.

Sanghrajka told Inc42 that the duopoly will have deep ramifications for consumers.

“We are beginning to see that happen in the ride-hailing segment with Uber and Ola hiking surge fares in India resulting in higher wallet outgo by travellers in metro cities. In the long run, it will benefit the major two players as pricing power shifts in their favour as against having 4-5 major players nationwide which keeps the pressure on the players to perform on every metric.”

In a LinkedIn post, Puneet Kumar, vice president at Steadview Capital questioned that what is the value of this asset to either of them and “Are they both underestimating the cost of integrations and M&A in general in this case which will have a real impact on cash flows also?”

The Importance Of Cap Table In This Acquisition

Sandipan Mitra, CEO and cofounder, HungerBox told Inc42 that amid the fast-growing foodtech ecosystem, Zomato acquiring Uber Eats would definitely be a win-win situation for both the companies and would make the industry a duopoly with Swiggy and Zomato becoming the major players in the online food delivery industry in India.

“With multiple giants like Amazon, Ola and Flipkart experimenting in the food space, India is definitely a large market offers scope for all the players to flourish. From the consumers’ point of view, this acquisition would lessen their decision fatigue with a consolidated offering,” he added.

In a similar sentiment, Manish Kheterpal of WaterBridge Ventures has noted that cap table and optics are the biggest reasons here. “Don’t look for M&A science and art here, it isn’t likely much. “Just like Didi bought a business from Uber in China, we bought in India” elevates the discussion/optics. That has a lot of meaning in “staying private for longer” world we live in,” he added.

A representative of another player in the foodtech space told Inc42 that Zomato’s acquisition of Uber Eats is just a consolidation effort as it is an exit for Uber Eats and it is not a bad deal for Zomato to get Uber on its cap table.

In a recent analysis, Inc42 had noted that Uber Eats had multiple reasons to be the distant third player in the food delivery space. From losing first-mover advantage to lack of ability to burn cash, the company had faced a slow growth phase.

As the Indian food delivery market moves to cloud kitchen models, if Uber Eats is actually value add or not for Zomato remains to be seen.