YouTube is the most downloaded app with 11.8% downloads coming from India Homegrown on-demand video service platform Zee5 has been named one of the top 10 most downloaded streaming app worldwide in June 2020, along with other giants like YouTube, Netflix, Amazon Prime Videos, Disney+ and others.

According to the Sensor Tower’s Store Intelligence platform, Zee5 is the ninth most downloaded application across Apple’s App Store and Google Play store. The Essel Group-owned platform also hit the sixth spot in the most downloaded apps on Google Play store. Zee5 noted 4.16 Mn downloads, of which 3.5 Mn were from India. India, Pakistan and the United Arab Emirates make up for more than 96% of its market share.

Zee Entertainment Enterprises Limited launched Zee5 in 2018 with localised and relatable content for the Indian audience. The platform offers content across 12 languages like English, Hindi, Bengali, Malayalam, Tamil, Telugu, Kannada, Marathi, Oriya, Bhojpuri, Gujarati and Punjabi. According to its latest press release, it has over 1.25 Lakh hours of on-demand content and 100+ live TV channels. Zee5 has over 100 Mn downloads on Google Play store.

“The platform brings together the best of originals, Indian and International movies and TV shows, music, kids content, cineplays, Live TV and health and lifestyle content all in one single destination,” the company’s previous press release had noted. The platform will also be launching its short video app HiPi as an Indian alternative to the banned TikTok app.

The Sensor Tower report has also highlighted that YouTube is the most downloaded app the world in June with over 25 Mn downloads. Nearly 12.2% (3 Mn) of these downloads have been from US audiences, while Indian contributed to over 11.2% (2.8 Mn) downloads. 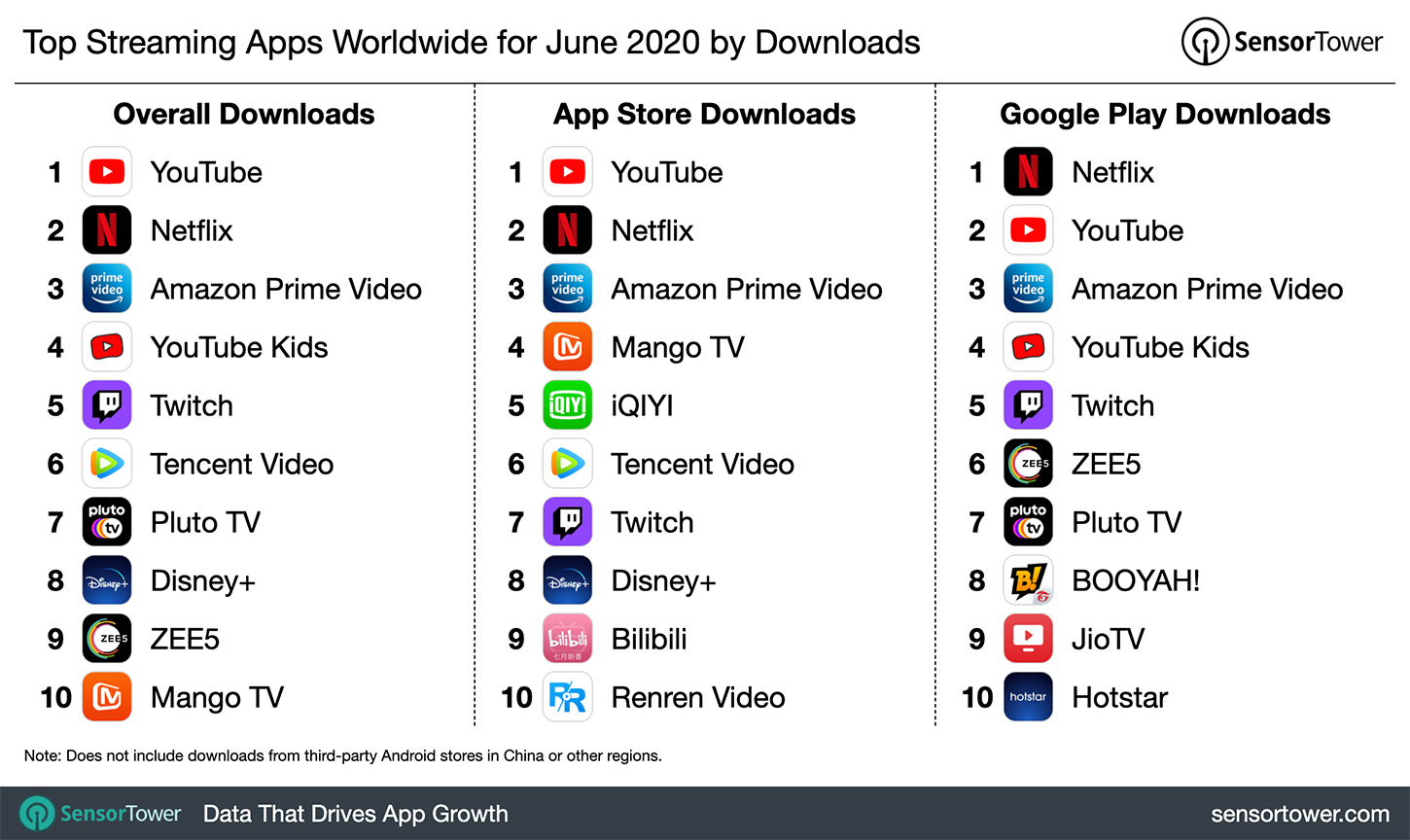 According to the ‘State of Internet Traffic Trend’ report by ACT Fibernet, India saw a 55% hike in overall streaming traffic during the Covid-19 resultant lockdown between March to May. Interestingly, unlike pre-Covid times, there is no significant difference in traffic during the weekdays and weekends. On the contrary, the platforms are noting a much greater hike on the weekdays. The report highlights that there is a 73% hike on weekdays and a 65% increase during the weekend.