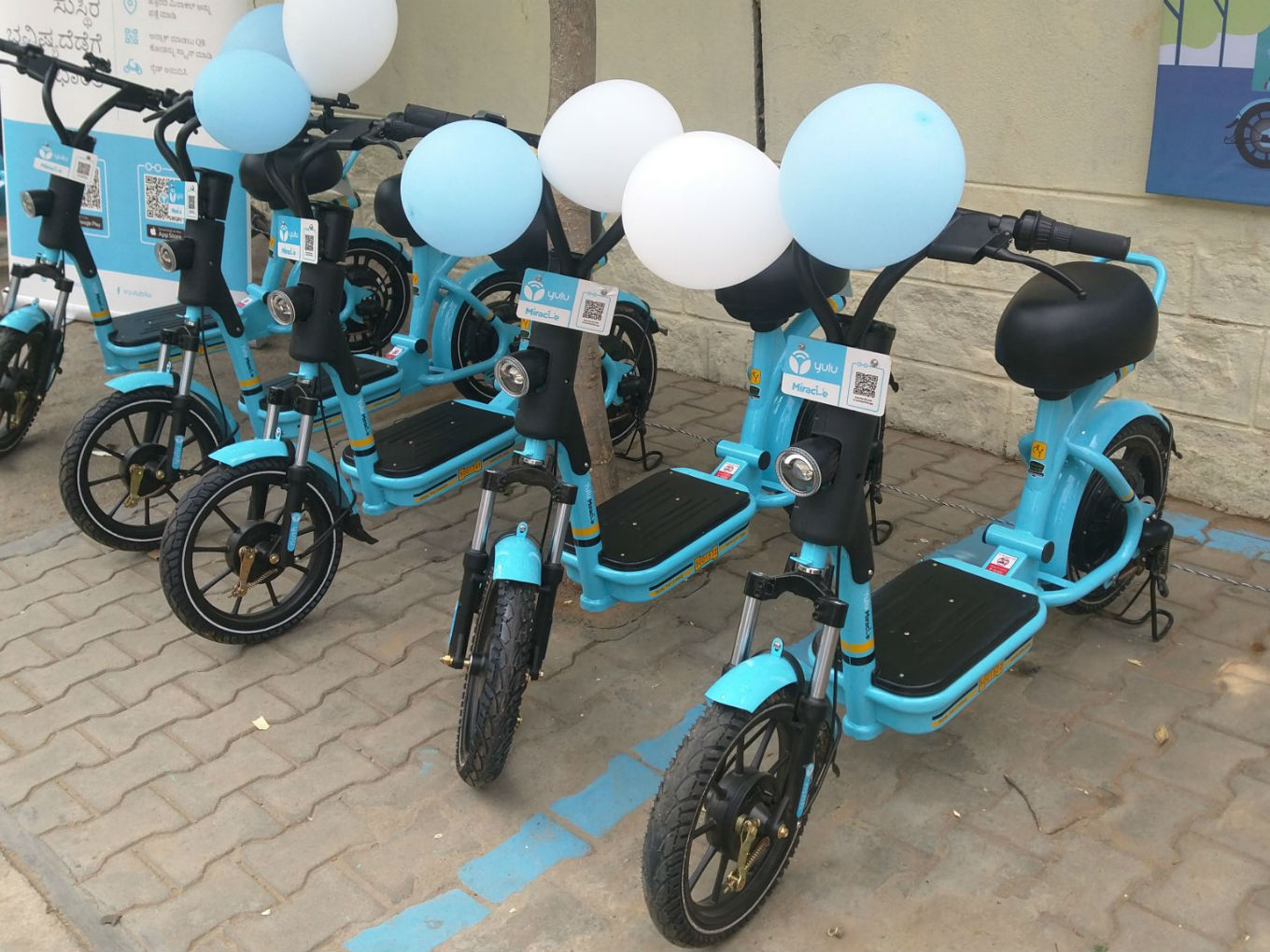 A fleet of 200 battery powered Yulu Miracle ebikes have been deployed to encourage emobility and deal with the issue of vehicular congestion in the technology hub of the city.

In February, the startup launched its electric scooter Yulu Miracle in the city. The dockless, low-speed, silent and light two-wheelers with lithium-ion batteries are best suited to beat congestion over short distances, compared to solutions such as Uber or Ola.

Yulu was launched in 2017 by InMobi cofounder Amit Gupta, RK Mishra, Hemant Gupta, and Naveen Dachuri. It initially started as a bicycle sharing platform for efficient and green first mile and last mile deliveries, as well as short commutes to reduce car-based congestion.

Gupta told Inc42 that the Yulu Miracle is essentially a custom-made electric two-wheeler built for shared mobility. According to Gupta, 1K Yulu Miracles are currently running in Bengaluru. He also added that the company is aiming to launch the Miracle in Pune and Mumbai in the next couple of months.

Currently, it also operates a fleet of 8,500 bicycles and has operations in Bengaluru, Bhubaneswar, Navi Mumbai and Pune.

In a bid to encourage the use of its electric vehicles, Yulu also partnered with cab-hailing giant Uber. Under this deal, Uber will redirect its users looking for micro-mobility services to the registration page of Yulu, from where they can book electric scooters and bike rides.

The use of electric bikes is not only gaining popularity among cab aggregators or for individual use, but they are also being considered for logistics and delivery purposes.

Electric mobility is one of the top priorities for the government and it has led to the emergence of many private players such as Yulu. Some of the notable players in this space are VOGO, Bounce, ONN Bikes and Mobycy.

Other electric vehicles firms such as DOT, Okinawa, and e-HIRAN are partnering with the major ecommerce and delivery platforms to enable greener deliveries. To encourage more use of EVs for such deliveries, the Delhi state government is likely to launch an electric vehicle scheme for the app-based doorstep delivery companies, with incentives to those companies who choose to use electric vehicle fleet for its services.