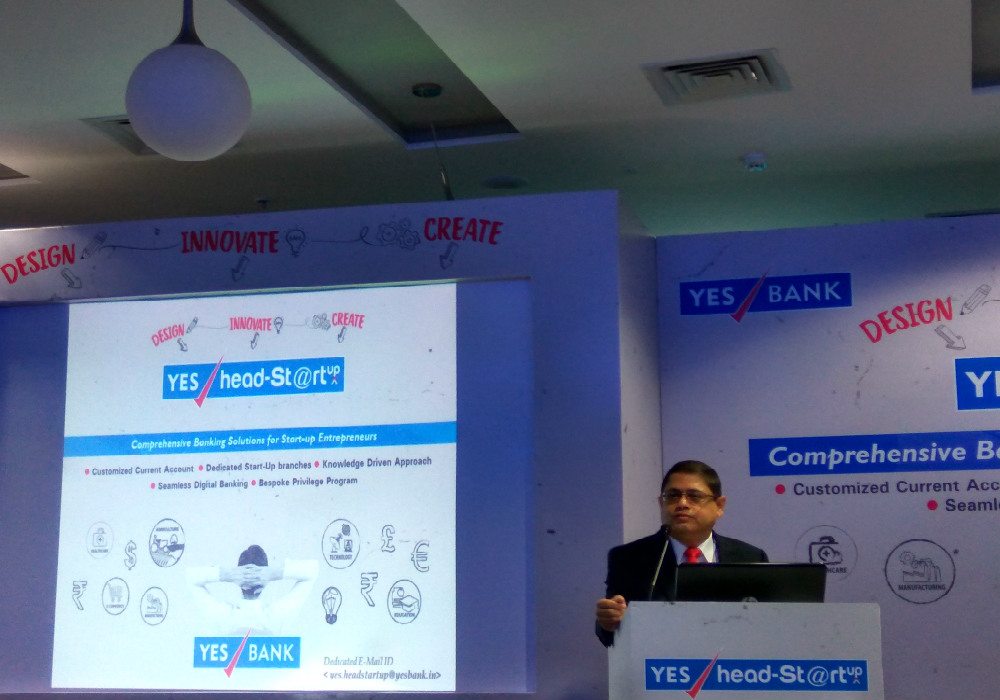 The startups partnering with Yes Bank’s programme will get access to its digital banking services including UPI and API. Yes Bank currently works with 35 fintech companies in India, according to an official statement.

Talking about this new venture, Ritesh Pai, Senior President and Country Head, Digital Banking, Yes Bank said, “If startups are the WhatsApp of today’s world, banks can happily play the role of ISPs.”

As a part of the programme, Yes Bank has collaborated with marquee service providers including Indian Angel Network, T-Hub, Registrationwala, Awfis, ISDI, and VC Circle to provide a range of services to startups. 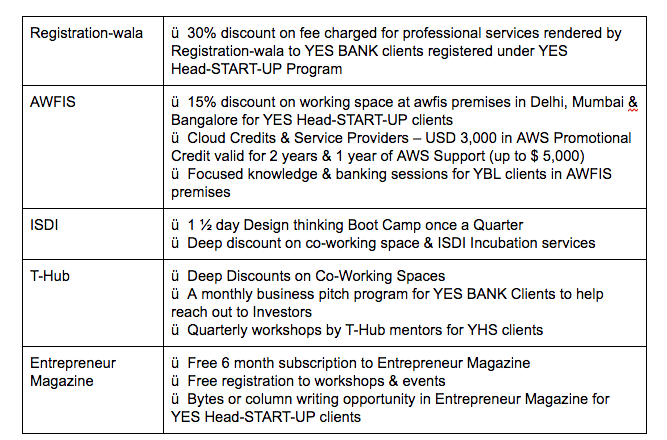 Commenting on the development, Rana Kapoor, MD and CEO, Yes Bank said, “At Yes Bank, we believe that this phase of entrepreneurship in India can be furthered using the F.I.V.E. approach, which involves support at key life-stages of enterprises – funding, incubation, vesting, and expansion. The ‘F.I.V.E.’ approach involves financial institutions at the fulcrum, delivering catalytic change by harnessing the power of entrepreneurship. The launch of YES:Head-STARTUP reinforces our unstinted commitment to nurturing and promoting entrepreneurship and innovation in India.”

The salient features of the current account to be provided to startup clients include no minimum balance for one year, free-of-cost banking at any Yes Bank’s location, and a debit card with higher transaction limit, among others.

Initially, the programme is testing waters with 10 branches across India in startup aggregation hubs including Mumbai, Pune, Gurugram, Noida, Bengaluru, Hyderabad, Ahmedabad, Chennai, Chandigarh, and Kolkata, that will serve the targetted startups.

The traditionally conservative banking sector’s evolving interest in the fundamentally risky, yet rapidly, growing Indian startup ecosystem is fostered by the fact that India is amongst the first five-largest startup communities in the world. The startup community is now being recognised as a serious banking community.

In December 2015, Yes Bank, in collaboration with software product think-tank iSPIRT, launched a fintech app store for Indian startups in the financial technology space. Following that, in April 2016, it signed a MoU with T-Hub, a technology incubator set up by Telangana government, to set up a centre of excellence for startups in fintech space. Under the agreement, the association will help create a conducive business environment and support system for a large number of fintech startups.

Along the same lines in January 2016, SBI launched InCube – its first exclusive startup bank branch in Bangalore. Through ‘SBI InCube’, the bank will provide help, guidance and counselling to the entrepreneurs in starting a new company or business enterprise. Similarly, HDFC also recently launched SmartUp – a dedicated banking solution for startups.