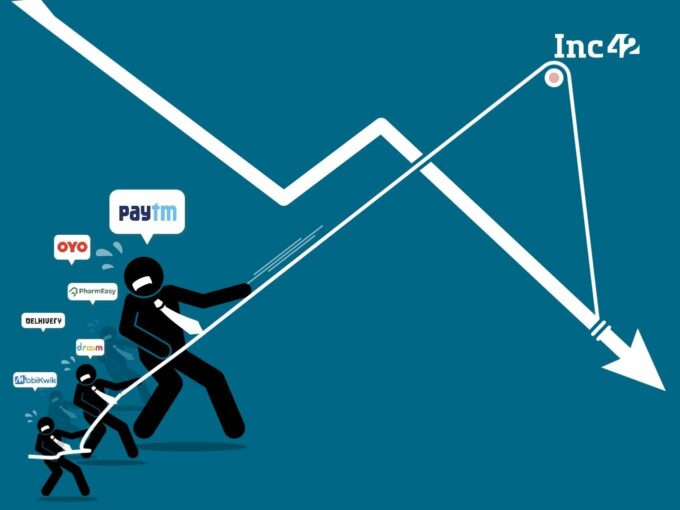 The stock market debut of digital payments giant Paytm was a landmark development in multiple ways. Not only was it the largest initial public offer in India’s history, it was also a watershed moment for the startup ecosystem. With the weaker than expected listing, it brought along a lot of food for thought for both investors and the budding startups in the country.

A hovering concern post its public markets debut is whether Paytm’s weak performance on the market debut would impact the upcoming startup IPOs. A number of startups such as OYO, Delhivery and PharmEasy are awaiting the market regulators nod for their IPOs.

Inc42 talked to a slew of market analysts to understand the larger view of this development. It revealed that it (Paytm IPO) might have a short term impact where startups wanting to go public would turn cautious and investors (mostly retail investors) risk averse. However, the major impact post the Paytm listing would be that the new age companies will be more cautious regarding valuations going ahead, experts said.

“Profitability, valuation and size of the IPO, these three aspects should be there in a structured way,” said Amit Pamnani, chief investment officer & DGM for investment banking at Swastika Investmart Ltd.

In the case of Paytm, all the three factors were under the cloud. Firstly, the company is running into losses, although its revenue increased in Q2FY22, valuations concerns are rife since the day of its DRHP filing. And the IPO offer was obviously humongous; as already mentioned – India’s largest at INR 18,300 Cr.

Pamnani said that, either the company intending to go public should be making profits or it should be narrowing their losses.

He, however, said that even if profitability remains a concern, it is valuation which matters more.

“Profitability will be one of the concerns, but if the valuation is right then there will be investors for it, like in the case of Zomato. Its share price was normal, its valuation was right and even though it was in losses it gave 2x returns on listing.”

Describing its targeted $20 Bn valuation as “exorbitant”, Taurani told Inc42 that companies intending to hit the stock markets will be much more cautious on the valuations going ahead. Retail investors, too, will be much more vigilant while putting money into public offerings of new age companies.

However, both Taurani and Pamnani have shared that in the long run, the weak listing of Paytm would not stop startups from approaching the public markets and only make them more cautious and rational in terms of valuations and pricing.

“There should be norms wherein, in case of hefty losses for investors post disastrous listing, a company is mandated to go ahead with a buyback after a stipulated period, so that the retail investors are compensated,” he said.

On Thursday, Paytm listed at a discount of over 9%. The shares of the fintech giant declined further during the day to end over 27% below the issue price of INR 2,150 per share.

As a result of the share price crash, its market capitalisation took a hit and at the end of the session, the market cap stood at INR 1.01 Lakh Cr ($13.8 Bn).

Its market capitalisation has gone below its Pre-IPO valuation of $16 Bn. The fintech giant was aiming for a $20 Bn valuation for its IPO.

It had also witnessed a slower than anticipated response to its IPO and the offer during November 8 – November 10 was subscribed 1.89 times.

Weak Listing Of Mega Offers: Not A Unique Case

Paytm is not the first online company to have made a weak public debut after creating a lot of hype in the market. The most glaring example is that of Facebook, which witnessed an immediate decline as it opened on the stock markets in 2012. Its share prices plummeted more than 40% over the next several months.

Pamnani of Swastika Investmart said that there are stories of other large corporate houses too who have failed. Names include: VIP, SBI Cards, Coal India and Reliance Power. “Their IPOs also did not get a positive response and their prices came near the listing price after a few days,” he added.

Coal India’s IPO worth INR 15,000 Cr, launched in 2010, is the second largest IPO in India and was listed at a significant discount.

Manan Doshi, cofounder of Unlisted Arena said, “We have witnessed a failure in expensive IPOs which will put pressure on upcoming companies to price their IPOs reasonably, keeping enough on the table for the investors.”

Startup IPOs In the Queue

As Zomato turned the torchbearer for Indian startups raring to go public with a bumper listing in July this year, the foodtech unicorn’s move boosted a lot of startups to approach the capital market regulator in a bid to hit the markets.

A competitor of Paytm, MobiKwik, which received the green signal for its IPO about two weeks ahead of Paytm is yet to announce its IPO dates and the price range.

Post the weak response to the IPO of One97 Communications, which runs Paytm, the price of MobiKwik’s unlisted shares has declined 9.7%–11.6%. The share prices have come down to INR 950–INR 970, from around INR 1,075 per share on November 10, when Paytm’s offer closed.