With the uptake in sales in FY2020, the company’s spending on advertising also reduced by 32%, which arrested a deeper slide into the red 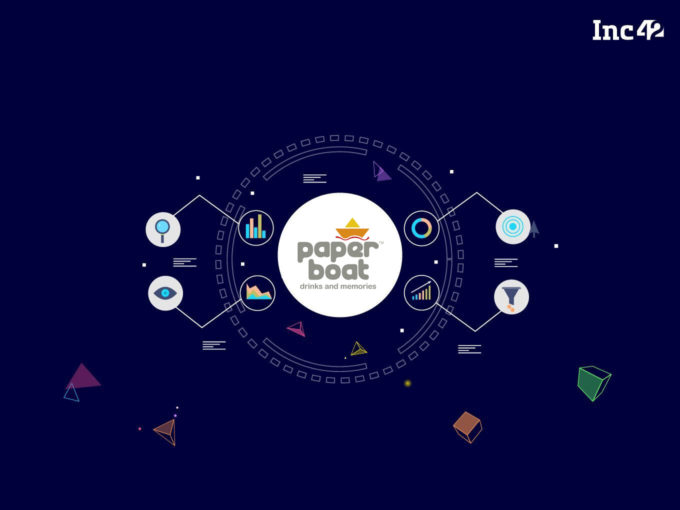 Gurugram-based Hector Beverages, which runs beverage and snack brand Paper Boat, has reported a 20% increase in revenue in the financial year 2020 that ended in March last year. The company’s revenue grew from INR 195 Cr in FY2019 to INR 235 Cr in FY20, but the higher spending on new product launches, stock-in-trade resulted in losses widening 60% from INR 60 Cr to over INR 100 Cr.

For Paper Boat, revenue from operations continued to be the major source of income. It earned INR 235 Cr in FY2020 by selling fruit-based drinks and traditional snacks, compared to INR 189.5 in FY 2019. Pretty much the entire revenue growth in the year has been from sales, which indicates just how deep the Paper Boat brand has penetrated in the retail space. 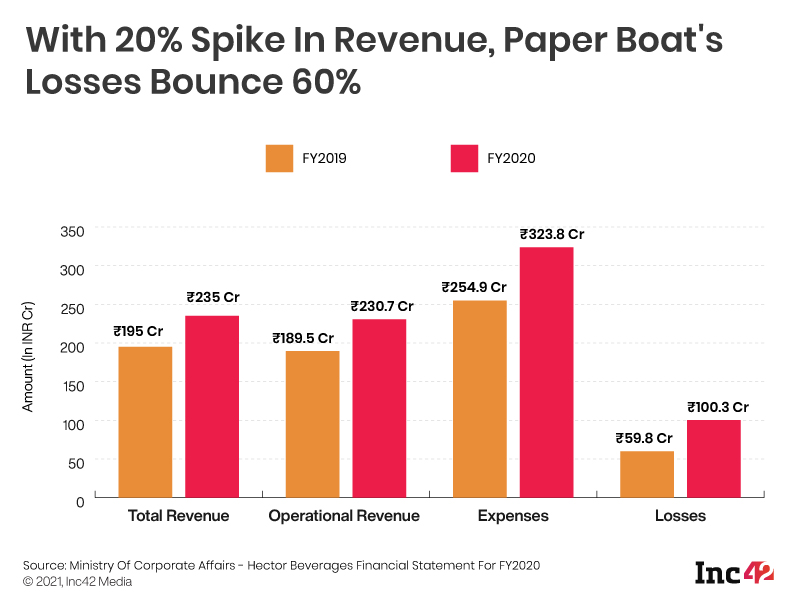 The company spent about INR 324 Cr in FY2020, translating into a 27% increase from the previous year’s INR 255 Cr. The expenditure on material consumed and purchase of stock-in-trade added up to INR 175 Cr in FY2020.

Paper Boat spent about INR 97 Cr on the cost of material and INR 78 Cr on the purchase of stock-in-trade in FY2020. This accounted for 54% of the company’s total expenses in the year. It had spent about INR 122 Cr in this area in FY2019. The stock-in-trade purchase costs have nearly doubled in the year and contributed largely to the higher expenses in this regard. This is directly related to the company’s new product launches in the snacks category. 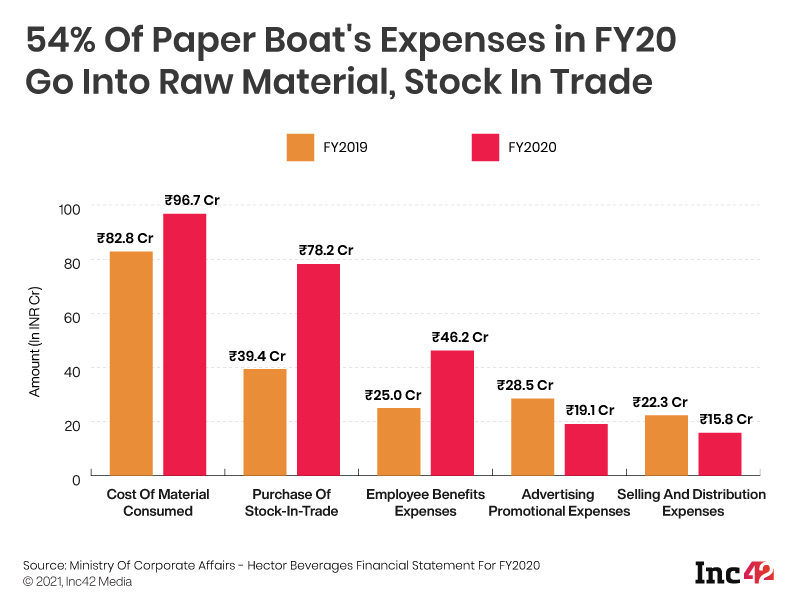 Besides packaged juices, the company is now also tapping other FMCG segments. It also launched traditional Indian snack chikki, aam papad, coconut water, among other products in small size assortments to tap into the Tier 2 and Tier 3 regions.

Besides spending on these new launches, Paper Boat’s employee benefits expenses jumped 84% from INR 25 Cr to INR 46 Cr between FY2019 and FY2020.

Inc42 has reached out to Paper Boat seeking more details about its financial statement in FY2020 and expectations from FY2021.

As India stepped into the Covid-induced lockdown in March 2020 (FY2021), Paper Boat decided to halt all productions and suspended production at all its manufacturing facilities. The company restarted manufacturing gradually in May 2020. The initial months, particularly the first quarter of FY2021, noted no retail for the D2C brand. The company has not yet been able to achieve its pre-lockdown sales figure.

“While the COVID-19 pandemic has pushed several timelines, the company has successfully navigated through the unprecedented times and is confident about gradual resumption of the pre-lockdown sales figure. The company is proactively adapting to the changing business needs and will stay prepared dynamically to do course correction if and when required,” Paper Boat’s financial statement said.

Founded in 2010 by ex-Coca Cola executives Neeraj Kakkar and Niraj Biyani, Hector Beverages claims to have a retail reach of 250K outlets, which it plans to increase to 350K, according to Kakkar, who recently said that the company would be launching new online-only products. He also said the company has public listing ambitions in the next few years. Paper Boat’s online sales have risen from 6% in pre-Covid times to 14%-15% now, thanks to rising ecommerce sales.

“I think the big learning over the last few years is that this (distribution) is a big moat in India and will still remain in spite of e-commerce. So, if you have to build a very sustainable, long-term company in India, and go towards an IPO, which is the goal, then you have to build your own distribution network,” Kakkar was quoted as saying by Mint.