[What The Financials] Delhivery Cuts Losses By INR 1,500 Cr In FY20 Amid IPO Plans

[What The Financials] Delhivery Cuts Losses By INR 1,500 Cr In FY20 Amid IPO Plans 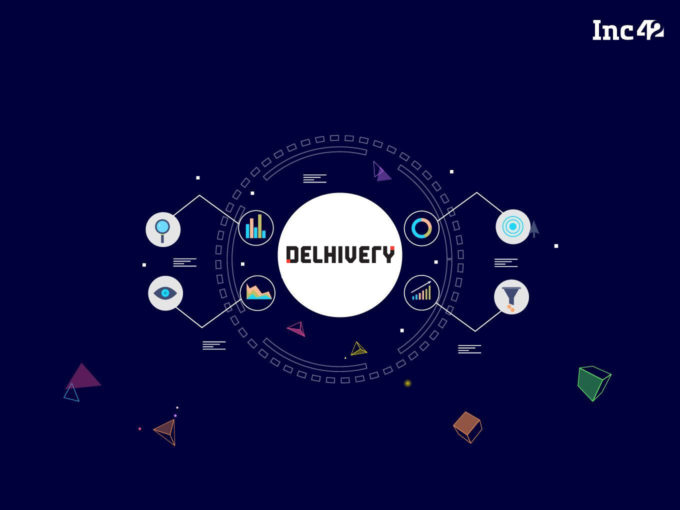 Gurugram-based ecommerce logistics startup Delhivery has managed to reduce its loss margin by a gracious 84% in the financial year 2020, ending in March last year. The company reported a net loss of INR 284.13 Cr, representing a 6.8x drop from INR 1,781.04 Cr reported in FY2019.

Founded in 2011 by Mohit Tandon, Sahil Barua, Bhavesh Manglani, Kapil Bharati and Suraj Saharan, Delhivery provides a full suite of logistics services such as express parcel transportation, LTL and FTL freight, reverse logistics, cross-border, B2B & B2C warehousing and technology services. It claims to have successfully fulfilled over 850 Mn transactions since inception, and works with over 10,000 direct customers. The company entered the unicorn club in 2019, after raising $413 Mn from SoftBank and other investors. It has raised about $959.6 Mn till date from investors such as Nexus Venture Partners, Multiples, CPP Investment Board and others.

Expenses Bound To Rise In Near Future

With a network of this size, the logistics unicorn is bound to be spending extensively on its logistical needs and workforce management. The company spent about 15.5% (INR 504.56 Cr) of its total expenses on employee benefits, which includes INR 400.7 Cr paid as salaries and wages. Compared to FY2019, the company’s employee benefits expenses has grown 41% from INR 355.37 Cr.

Delhivery’s spending on employee benefits and training/recruitment are bound to increase significantly by FY2022 as well as the company has planned a recruitment drive over the next fiscal. The company, today (January 13), announced that it plans to hire 150+ employees across technology, product, and data science functions by the next fiscal.

The company believes that this will help them maintain lead in the supply chain domain and further augment its tech and data science capabilities. “The current expansion ensures we stay ahead of the curve with tech and data science being the core business differentiators,” said cofounder and CTO Kapil Bharati.

How Did Delhivery Shave Off Costs?

Besides this, the company’s ‘depreciation, depletion and amortisation expense’ has increased 176% to INR 254.38 Cr in FY2020 from INR 92.2 Cr reported in FY2019. Delhivery also spent INR 61.35 Cr as information technology expense, representing an increase of INR 20 Cr from the previous fiscal year.

But what helped the company reduce its overall expenses? The reduction in the ‘miscellaneous expenses’ has had a direct impact on the company’s reduced losses. The company brought down its spending in this area by INR 723 Cr. It had spent INR 2,307.71 Cr in FY2019 and INR 1,584.5 Cr in FY2020.

Delhivery On Track To Go Public?

Delhivery is looking to go public in the upcoming 12-18 months and plans to list itself in India, the company’s COO and CBO Sandeep Barasia confirmed in September 2020. The company has also amended its articles of association to include the scope of a public listing as a secondary exit for existing investors.

The company has been trying to go public for the last two years, but it coincided with the Indian general elections. “It was probably not the best time to go public because a lot of focus was going to be on elections,” Barasia had added, saying that they also had a private capital pool available therefore it decided to push back the IPO plan.