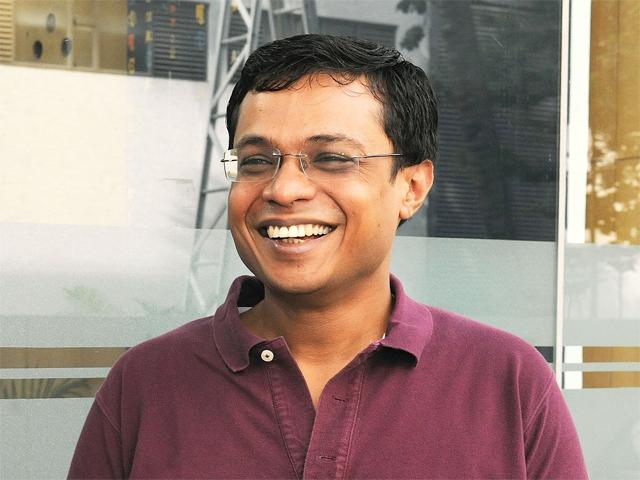 Walmart’s acquisition of Flipkart has been a cause of celebration for many former and current employees of Flipkart (Flipsters as they call themselves) who have shares (via employee stock options or ESOPs) as they have struck gold, a few of them even becoming millionaires overnight. But despite all the cheer, it’s a bittersweet day for Flipkart employees and the industry in general as cofounder Sachin Bansal announced his plans to quit the company he helped create 10 years ago.

It’s a bittersweet day for Sachin as well, even though he’s leaving Flipkart a rich man, having reportedly made around $1 Bn by selling his entire 5.5% stake in the company. But Bansal hadn’t planned this in the first place. He was in fact, until the final stage of the discussions with Walmart, hoping to buy more shares and not have to sell his stake, ET reported.

While it is not clear what exactly led him to take this decision, the news of his sudden departure first surfaced last week and has been followed up with more reports since. The reason for his exit that is currently being circulated is that Walmart preferred to not have two cofounders on the board. Looking back at yesterday (May 9), the absence of Bansal’s comments in the official press release on the Walmart-Flipkart deal and his omission from the photos of Walmart CEO Doug McMillon and Flipkart’s other cofounder Binny Bansal doing the rounds hinted at another impending news break.

We didn’t have to wait long as just hours after the official announcement on Wednesday, Sachin, in a Facebook post, announced that he would be leaving the company and wrote: “Sadly, my work here is done and after 10 years, it’s time to hand over the baton…I’ll be taking some long time off and focus on finishing a few personal projects which I haven’t been able to find time for. Will catch up on gaming (and see what kids are playing these days) and brush up on my coding skills.”

As is common with many entrepreneurs, especially those who make big exits, Sachin is expected to make a comeback in the startup domain, but it will “definitely not be in the ecommerce space,”  ET reported, citing people who understand the 36-year-old’s thought process.

“Sachin’s enduring legacy will be that he was instrumental in bringing a smile on the faces of millions of people every time they saw a Flipkart wishmaster at their doorstep,” said fellow cofounder and Flipkart group CEO Binny Bansal, in a farewell note to Sachin posted on the company blog earlier today.

While certain headlines might highlight Sachin’s disappointment at things not going entirely as per plan, Sanchit Vir Gogia, founder and CEO of Greyhound Research, said that the deal is what every entrepreneur dreams of and that it sets a huge precedent for Indian entrepreneurs on how to become a unicorns, exit successfully, and how a company can make it big without necessarily going in for an IPO.

“We can debate the details all we want, but the fact of the matter is that prima facie, you have to appreciate what he (Sachin) has done. Yes, it may have been a surprise for him, but that’s what entrepreneurship is all about. The market has moved on as well… good entrepreneurs are the ones who start and create successful ventures and then move on to the next opportunity, so I don’t think this move is out of the ordinary.”

What Next For Flipkart?

“This is certainly a great exit and it needs to be celebrated unquestionably,” said  Vaitheeswaran K, the founder of India’s first ecommerce company Indiaplaza (now defunct) and author of the book Failing to Succeed. But, he adds that going forward, many of the leadership positions at Flipkart will be replaced by Walmart and that the US company will get its own people to take up these roles within the next 18-24 months.

Sanchit believes this deal is the first step in a long journey, which includes a three-year roadmap wherein you could expect to see a Flipkart IPO by 2022. “But, in the meantime, there will be a tonne of integration both in the frontend and the backend, right from new investments in logistics, the grocery business…essentially creating an omnichannel story from Walmart’s traditional retail business and Flipkart’s online business, Sanchit added.

As we watch the journey of Indian startups come full circle with the announcement of the deal followed by Sachin’s exit, our social media pages, and news feeds are swamped with Flipkart nostalgia.

The deal is also sure to trigger envy and hunger in many other startups to follow in the lines of Flipkart. And this, perhaps, is one of Flipkart’s biggest contributions to the Indian startup ecosystem. It is also something Sachin can certainly take credit for in part as he plays his video games (we recommend God of War) and seeks his next endeavor to invest in.