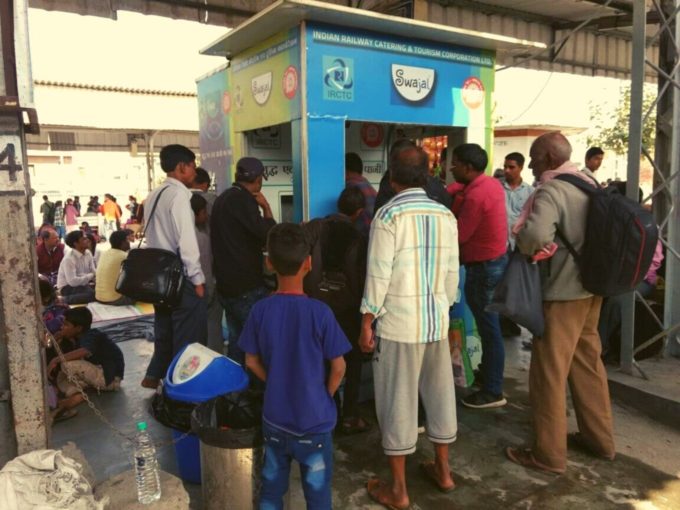 The company said that it will be using the fund to enhance its research and development (R&D) capabilities, thereby making drinking water more accessible, sustainable and plastic-free.

Founded by Advait Kumar and Vibha Tripathi in 2015, Swajal is an artificial intelligence (AI) and Internet of Things (IoT)-enabled water purification solution that looks to enable access to clean drinking water across the socio-economic spectrum. It claims to have developed solar-energy powered remote sensing water purification systems (also known as water ATMs) with easy to use user interfaces and payment mechanisms for airports, hotels, offices, schools and railway stations among others, where it essentially replaces the plastic, encouraging people to bring their own utensils/bottles to fill water.

In addition to this, Swajal also helps corporate customers move away from plastic bottles to glass bottles using its inhouse water bottle washing, filling and monitoring plant (WaterCube). The company said that it earns revenue from consumers buying its systems or a per litre price for the as per usage model

The company told Inc42 that it caters to 100+ organisations and over 500K direct users. It also said that it has installed 800+ water ATMs across India.

Besides Swajal, other AI-based watertech startups in India include WaterScience, Maithri Aquatech, Hydrop, Drink Prime, Agua, WeGoT, Vassar Labs among others, and at a global level, it competes with companies like Bevi and Flowater. However, Swajal believes that it has a technological edge compared to other players in the space, and counts its in-house IoT platform which monitors each drop of water as well as filter health and motor health (Clairvoyant) as its USP.

In terms of unit economics of the business, Tripathi said that it’s EBITDA is positive. “We are growing 2X YoY. There is a large demand for sustainable and healthy water from all sectors,” she added, stating that it is a $350 Bn opportunity.

According to a PwC report titled ‘Artificial Intelligence and the Fate of Planet Earth,’ revealed that water among other cleantech sectors, AI is estimated to generate $5.2 Tn by 2030. Also, the UN reports show that less than 50% of India’s 1.2 Bn population doesn’t have access to safe drinking water.