Early-stage VC firm Ventureast has been active in the investing circuit since 1997. Managing close to $400 +Mn, the VC firm has a diverse portfolio of around 93 investments in technology, healthcare and clean environment. It has dedicated funds and teams for each sector – life sciences & healthcare, and separately for technology-driven businesses. The VC firm recently welcomed Srikanth Sundararajan as a Partner to oversee investments from its sixth fund Ventureast Proactive Fund II (VPF2). 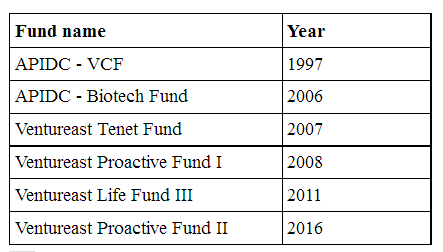 Notably, it has invested in many successful startups, many of which have grown to give successful exits. Its investments range from life science companies such as Gland Pharma, a global leader in small volume parenteral and low molecular weight heparin, which was acquired by Chinese firm Fosun Pharmaceutical Group in a $1.4 Bn deal announced last year. Ventureast made a successful exit from Gland Pharma in 2004, realising 3.5x the invested amount.

Another successful exit that the VC firm fostered was that of agent-based, rural banking tech platform Atyati Technologies in which it invested in 2008. Built from ground zero in just 5 years to develop a business pipeline well ahead of competitors, Atyati was acquired by NYSE-listed Genpact Limited in 2012.

Similarly, another successful exit includes Loyalty Rewardz, a consumer loyalty company with 300 Mn+ unique customers founded in 2006. Ventureast invested in 2009 and exited from the investment in 2015 through a secondary sale to IndiaIdeas.com Ltd (Bill Desk). Other notable investments include Portea Medical, one of India’s largest home-healthcare company, wherein it invested in 2013 in its Series A round. Then, there is Little Eye Labs which builds an easy-to-use yet powerful mobile app analysis tools for app developers and testers. Ventureast invested in Little Eye in 2013 and the company was acquired by Facebook in 2014 – interestingly, making it Facebook’s first acquisition in India. 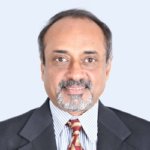 Last October, the VC firm announced the first closing of its sixth fund – Ventureast Proactive Fund II (VPF2) with a target corpus of $150 Mn. The technology-oriented fund targets a final closing in the next six months. Inc42 spoke to Srikanth Sundararajan, who was recently appointed as Partner to oversee investments from this fund. Srikanth, was earlier at Helion Venture Partners, and now will work closely with the Ventureast’s existing portfolio companies to help them scale business operations and to focus on its sixth new tech fund.

In this conversation, Srikanth sheds light on the new fund’s investments, the firm’s focus for the coming year and sectors likely to get increasing attention from VC firms.

Inc42: What is the most recent update on the Ventureast Proactive Fund II? How many investments have been made from this fund and in what capacities??

Srikanth Sundararajan: The Ventureast Proactive Fund II is not fully closed yet, and has an anticipated size of around $100 Mn to $110 Mn. So far, we have made four investments from the fund, deploying a total of $6.5 Mn in the four startups. Two of them are Series A investments and two are seed investments.

We have three more in the pipeline which we will be announcing in the coming months but the theme will be quite similar. We want to go after the digital India theme which is how do you enable the next 100 Mn people. So, our focus will be on SMEs, SaaS, and enterprise technology-based startups.

Inc42: What is the status of Ventureast’s current portfolio?

Srikanth Sundararajan: We are actively investing in seed- and early-stage businesses and always on the lookout for disrupting use of technology in the fintech, enterprise applications, cloud, mobile internet, and IoT/consumer internet spaces. Our most recent and active investments include Find me a Shoe, which offers a virtual shoe-fitting room for ecommerce businesses. The company graduated from the Target (USA) Accelerator Programme in November 2015 and has already started working with brands and retailers in the US.

Then, there is Celes Care, which is a Hyderabad based digital health company in women’s healthcare that provides personalised on-demand healthcare anytime, anywhere, via mobile devices, Internet, video call, and phone. It caters to the corporate segment and the differentiator here is they have women doctors and specialists you can trust.

Another investment is Indus OS, India’s second-largest operating system, which allows translation of text from English to any of the 12 languages (spoken by 90% of India’s population) that it supports by simply swiping over the message. This investment is in line with the theme of a Digital India push. Fintech startup Kissht is another of our portfolio companies, which provides collateral-free loans to consumers to facilitate purchases of home appliances and gadgets.

Inc42: What are the focus verticals of this fund?

Srikanth Sundararajan: There are only two macro focus areas of the fund – one is Digital India, the theme of figuring out how 100 Mn people can be effectively brought up and online. Under this, digital health is a very important segment. The second focus is SME enterprise tech or SME enterprise SaaS play. It could be in the area of HR tech, or recruitment or supply chain management.

Inc42: How many investments does Ventureast aim to make from the current fund? 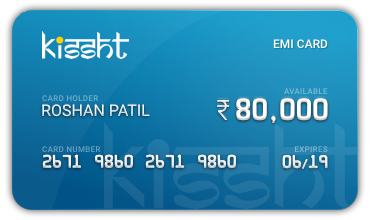 Inc42: What criterion does Ventureast have in mind for target entrepreneurs or companies for fund deployment?

Srikanth Sundararajan: Some things don’t change and one of them is that the target company should have a good team at its helm. Secondly, we need it to have garnered some traction. Third, it needs to be addressing a large market.

Basically, the solution/product has to be a ‘must have’ not a ‘nice to have’ solution/product. So, what may just change from company to company is the definition of traction.

Inc42: Ventureast in an active investor in the healthcare sector. What are some of the trends you have noticed in digital healthcare space?

Srikanth Sundararajan: There are certain areas which will see advancement over time. Number one is the analytics space which is catching on. Then there will be advances in digital healthcare, such as connected software, connected devices which will kind of send patient-user information faster. There will also be advancements in biotech at the pharma stage. The entire cycle would go through many changes so that getting to early results in clinical trials becomes more frequent. Consequently, in life science, we are looking at very differentiated play – at technology oriented companies, those employing non-invasive technologies.

Inc42: Why is it difficult for healthcare startups to monetise?

Srikanth Sundararajan: I think the B2C healthcare space is always going to be tough. Though all the money has poured in B2C play, in general, healthcare is a problem. Because, unless there is something wrong with you, you won’t think about a healthcare product. That’s the basic premise.

So, a healthcare startup has to give a year or two before it can think of becoming mainstream. Once it becomes mainstream, it automatically translates to benefits to the sector. The most pressing issues of healthcare such as affordability, availability, and quality are being addressed by using innovative and disruptive digital health solutions. Take, for instance, Celes Care – India’s first virtual health clinic for women and a good example of how a combination of best-in-class technology and clinical best practices can help fill the “primary care void” that exists today for Indian women.

Inc42: What are challenges for startups in the cleantech sector?

Srikanth Sundararajan: The long-term play in cleantech is a challenge, because what looks good for a B2C play is not the same for cleantech. A cleantech startup has to scale at least 10x to become larger. This, in turn, elongates the cycle. Once again, these are good investments but they are long haul, but eventually they will find a place.

Inc42: What are your thoughts on sectors like Bitcoins, AI, big data, which are picking up pace at the moment and witnessing interest from the VC fraternity?

Srikanth Sundararajan: While cryptocurrency seems exciting, there are issues related to regulations and no real investment opportunities (other than buy/sell on exchanges). Though the area in evolving, but it is not likely to have any immediate impact viz. startups in the next two to three years.

However, Blockchain, along with a unique identifier scheme borrowed from Bitcoin has the most immediate potential, as it allows one to create a mechanism for collective veracity across various applications (such as property records, bank transactions, remittances, employee records, company filings, loans, insurance records, smart contracts, transparency across the supply/distributor chain etc). Hence, several companies in this area have been funded. Since the State Bank of India is leading the charge by working with banks to come up with a set of APIs, we will see many mainstream applications soon.

Inc42: What will be the funding climate in like in 2017? Which sectors are expected to receive attention from the VC community?

Srikanth Sundararajan: I think the healthcare space has always been an enigma. I think it will be a focus area this year.

But anything invested in healthcare is not going to be a quick return game – it’s a long haul game. However, it will attract some attention definitely.

Fintech is another sector which will is coming up especially in the credit lending space and giving loans without collateral while ensuring that NPA ratio doesn’t go up. There are a bunch of companies doing that. Then definitely there will be focus on enterprise SaaS play because I think the world is now ready to use enriching products which are easy to use. So, more variants on the line of Freshdesk might come out.

It seems, as 2017 rolls on, that Srikanth Sundararajan will focus on capitalising the many opportunities presented by the Indian startup ecosystem in the SaaS and enterprise technology space. As pointed out by him, startups that address the Digital India theme and can bring the next 100 Mn people online will be top of the radar for the VC community. For a company that has taken big bets which have paid off over the last two decades, it won’t be remiss to say that Ventureast is just now beginning to venture into everything the Indian tech realm has to offer.