As Paytm Makes It to the Dalal Street, Vijay Shekhar Sharma Says, ‘Achieved the Unexpected’

As Paytm Makes It to the Dalal Street, Vijay Shekhar Sharma Says, ‘Achieved the Unexpected’

Its market cap by the end of the first day’s trade stood at INR 1.01 Lakh Cr. 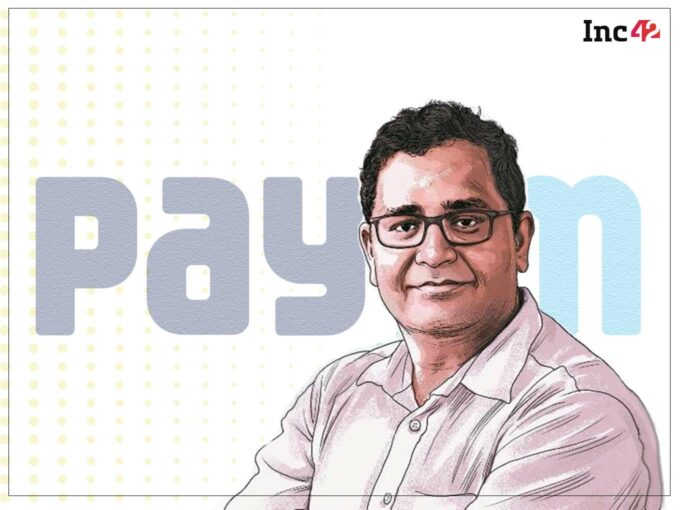 The ever-growing startup story of India created a landmark on Thursday with the listing of digital payments giant Paytm. Although its shares made a weak debut on the exchanges, the fact that it came up with India’s largest ever IPO in a decade-old journey is something to cheer for. It goes without saying that Paytm’s transition from a value-added service providing startup to a publicly listed fintech major is incredible.

Quite understandably, the man behind the brand Vijay Shekhar Sharma turned emotional during the listing ceremony.

As his speech was preceded by the national anthem, addressing the audience at the BSE’s International Convention Hall, in Mumbai, he said, “The words- ‘Bharat Bhagya Vidhata’ (in the anthem), overwhelm me. Uttering these words brings tears to my eyes.”

Wiping his tears, the 43 year old entrepreneur elucidated the phrase as, “The one who will define the fortune of this country”. He further said that everyone in Paytm has actually done it.

Highlighting the significance of the mega listing, Sharma said that the development is another milestone for India as it showed that it is not just the government-owned companies and large corporates who can go public and make it to the stock markets.

The NCR-based businessman exuded confidence that the listing of the shares would inspire millions of entrepreneurs in the country going ahead.

The listing was an emotional and joyous event.

Sharma has always been optimistic about the startup ecosystem and the ‘India story’. Right ahead of the IPO, he had said last month, that this decade (2021-2030) will be India’s decade as global investors are emphatically interested to invest in the Indian startup ecosystem.

“If the last decade was for Asia as a whole, mostly dominated by countries such as China and Japan, this decade is surely for India,” he said.

Amid the emotional and joyous moments, the reality check, however, was not as great for the company as it listed with a 9% discount.

Its market capitalisation by the end of the first day’s trade stood at INR 1.01 Lakh Cr.

The listing was largely on expected lines after a slower than anticipated response to the INR 18,300 initial public offering and persistent concerns of profitability and valuation.

Analysts have suggested that investors should be there for the long haul for better returns.