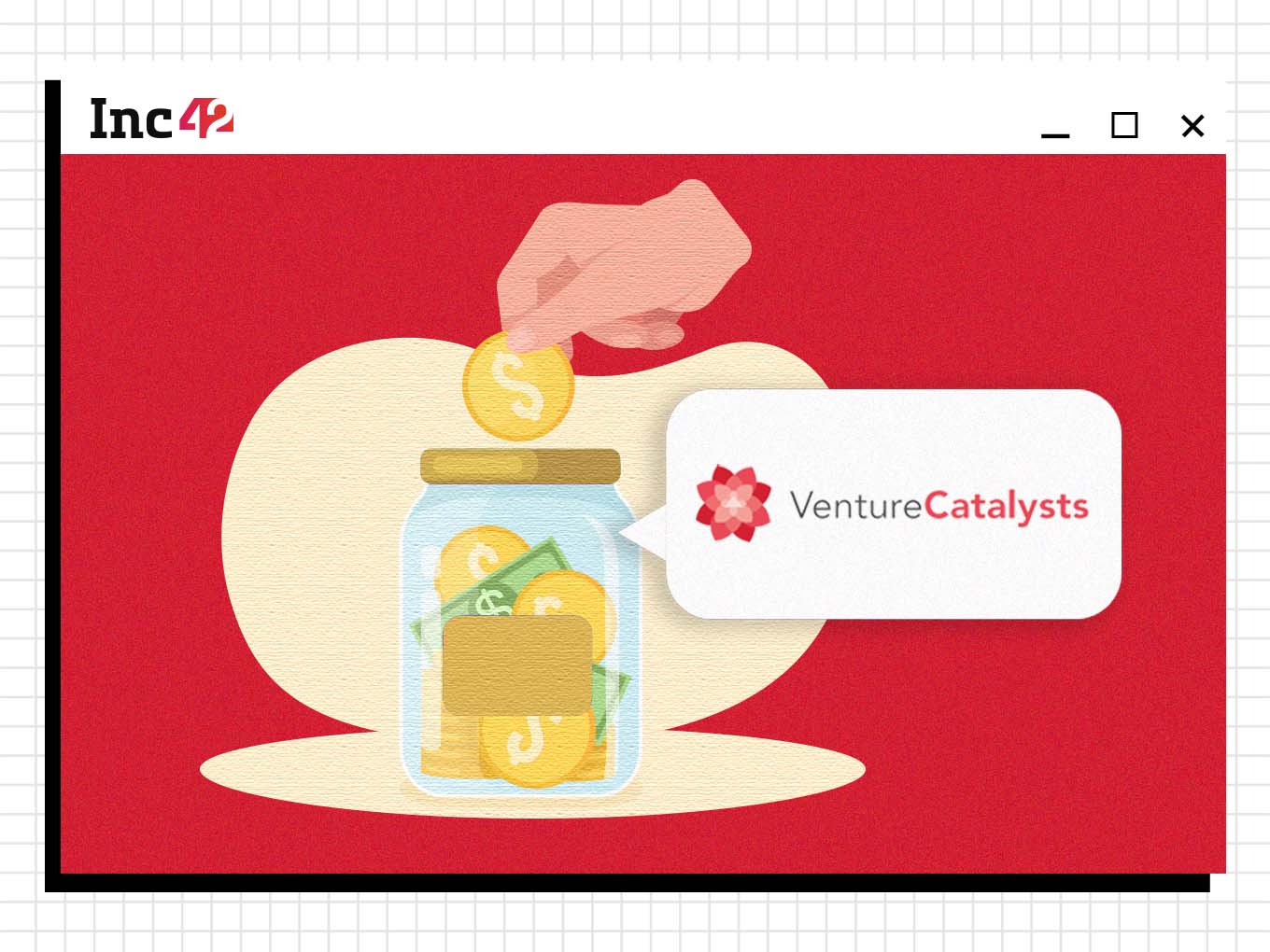 Venture Catalysts will infuse capital across sectors through the fund

In 2021, Venture Catalysts participated in 207 deals and invested in 178 new startups

“Venture Catalysts in a discussion with its partners has informed that it will soon be announcing the fund, and the fund size would be around $100 Mn,” the source told Inc42.

Venture Catalysts will utilise the fund to invest in growth-stage startups in sectors, including D2C, edtech, logistics, among others. The average cheque size is expected to be $5 Mn and above.

Founded by Dr Apporva Ranjan Sharma and Anuj Golecha, Venture Catalysts is an integrated incubator that normally invests $200 K to $2 Mn in early-stage startups. The investments are syndicated with participation from HNIs, family offices, and CXOs.

The Mumbai-based incubator claims to have invested in more than $500 Mn in 200 startups. It has presence in seven countries and a portfolio of over $4 Bn.

The startup incubator has also made 60 successful exits from startups such as BharatPe, Reliance-backed Fynd, Rooter, and Pee Safe.

Earlier this year, Silicon Valley-based Accel has raised $650 Mn  in its commitments towards seventh fund, the Accel India VII, aimed at funding startups in India and Southeast Asia. A couple of weeks back, Gurugram-based venture capital firm Elevation Capital launched a $670 Mn Fund VIII. The fund will primarily focus on early-stage and growth-stage startups.