In a LinkedIn post, cofounder Vamsi Krishna announced the company’s plan to reach 1 Bn students from the current 35 Mn userbase 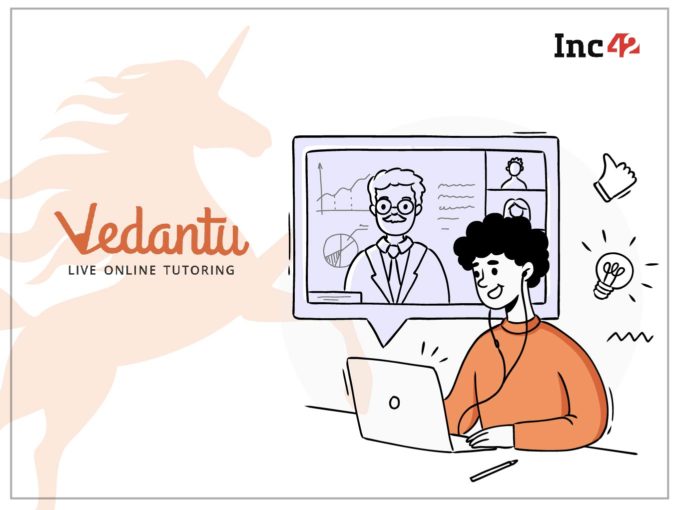 Inc42 has previously reported that approx. $60 Mn will be contributed by the existing investors, while an Asian private equity fund is expected to invest the remaining $40 Mn. When contacted by Inc42, a Vedantu spokesperson denied to comment on the individual amount of each investor.

Speaking on the fundraise, Vedantu cofounder Vamsi Krishna said, “Back in 2014, when we held our first LIVE class, nobody believed this would work. It is super satisfying to see this format becoming mainstream and Vedantu leading the way in innovative online delivery experiences.”

“V [a wordplay on Vedantu and We] have just covered the 0-1 journey,” he added while announcing the plans to reach 1 Bn students in the near future.

The funds will be primarily used to strengthen product engineering functions as well as expanding into newer categories through both organic and inorganic routes, the company said in a statement.

Founded in 2014 by Krishna, Anand Prakash, and Pulkit Jain, Vedantu, an interactive online tutoring platform currently claims to have over 35 Mn+ students attending live classes every month and teachers delivering 8 Mn+ hours of LIVE classes with a growth of 220% during the early months of the lockdown.

It also stated that with 200K paid subscriptions, Vedantu has achieved a 300% year-on-year (YoY) growth, a revenue increase of 4.5x YoY.

The startup enables teachers to provide tuition to school students over the internet, using a proprietary real-time virtual learning environment named WAVE. The startup says that WAVE has come up with more than 70 parameters that facilitate the whole learning process.

It also recently entered the early learner segment with the launch of its coding program for 6-12 years called Vedantu SuperKids. The company has plans of launching more programs in this category — namely English Speaking and Reading.

The startup has previously raised about $100 Mn at a $600 Mn valuation in July 2020 led by US-based investment firm Coatue. Earlier this year, Vedantu acquired doubt solving app Instasolv for an undisclosed amount. In FY20, Vedantu posted revenue of INR 35.8 Cr, but its losses grew by 6x to INR 158.5 Cr. The startup spent about INR 194.3 Cr to earn an operating revenue of INR 24.6 Cr in FY20.

Apart from Vedantu, the edtech sector is currently home to four unicorns namely, BYJU’s, Unacademy, UpGrad and Eruditus. Eruditus was the latest company to cross a valuation of $1Bn, as it raised $650 Mn funding led by Accel US and Masayoshi Son-led SoftBank Vision Fund II.