In 2019, the Global Innovation Index ranked India at 52nd position 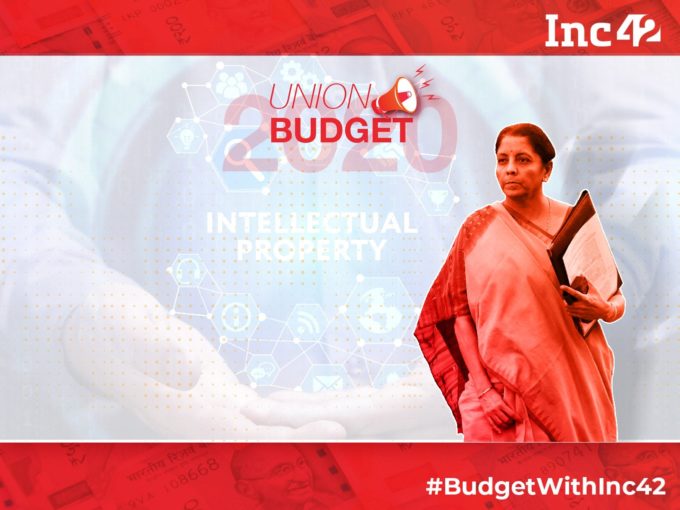 Sitharaman said that the country needs to expand the base for knowledge-driven enterprises, and the only way to achieve this is by streamlining the intellectual property creation and protection process. This will play a crucial role in new firm creation as well.

The Union Budget 2020 also called for knowledge translation clusters, which would facilitate transfer and customisation of available resources and intellectual property rights. These would be set up across different technology sectors including new and emerging areas.

“For designing, fabrication and validation of proof of concept, and further scaling up technology clusters, harbouring such testbeds and small scale manufacturing facilities would be established,” Sitharaman said.

Recently, the government had emphasised that the National IPR Policy, which was adopted back in 2016 to ha paved the way to strengthen intellectual property rights in India. It said that the share of domestic filings for patents has increased from 22% in 2013-14 to 34% in 2018-19.

Suman Reddy Eadunuri, MD, Pegasystems India said, “The setting up of a digital platform for seamless application and capture of intellectual property rights (IPR) moves us closer towards an era of enhanced public-private partnership where technology will play a decisive role.”

As a result, on a Y-o-Y basis, the country has been creating a global mark in terms of its innovation. For instance, in 2019, the Global Innovation Index ranked India at 52nd position, from 81st in 2015.

Gaurav Bali, founder and CEO, AmyGB.ai said, “The push on data and knowledge centres, digital platforms for IPR and most importantly, support for early-stage funding are key to creating a viable startup ecosystem capable of competing with other markets.”

In a bid to ensure more patents and trademarks, the ministry of industry and commerce recommended that fees for micro, small and medium enterprises (MSMEs) and startups for filing of patent applications be reduced by 60% from INR 4000 (for MSMEs) and INR 4400 (for startups) to INR 1,600 and INR 1,750.

However, as the country moves towards building innovation capacities, a recent report by CII and TCS showed that India needs to bring in new guidelines and policies for the enforcement of intellectual property rights, patents and intellectual property management in an AI world, where machines are often creating and inventing solutions with minimal human intervention.