Union Budget 2017: Where It Scored And Where It Missed?

Union Budget 2017: Where It Scored And Where It Missed? 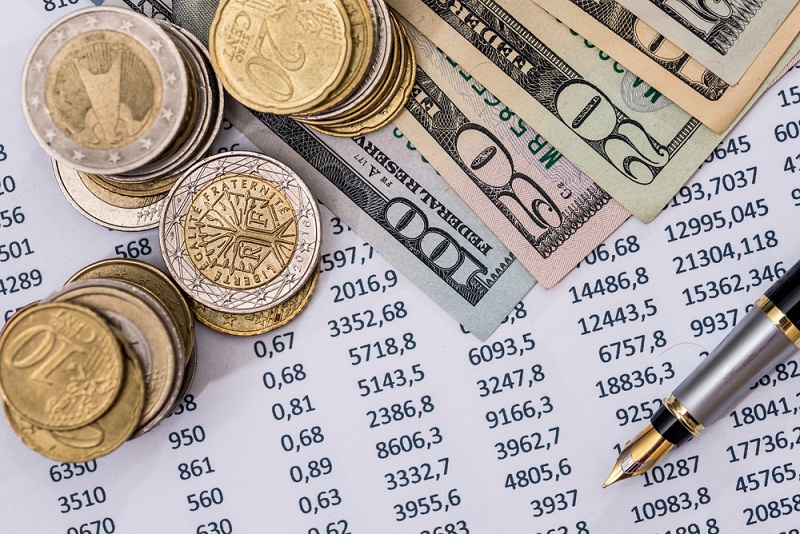 Finance Minister Arun Jaitley finally presented the first budget post demonetisation yesterday. From focussing on rural India, to digital India, to infrastructure, to real estate, to the salaried class to startups, he has tried to include something for everyone without going too far down the populist path. Payments, housing, healthcare, and MSMEs are sectors which are expected to receive a significant boost when one takes a first look at the announcements.

For startups, profit-linked deductions have been changed from three out of five years to three out of seven years, a measure which has been hailed majorly in the startup community. The decision to reduce tax for companies with revenues under INR 50 Cr by 5% has also been welcomed by the MSME sector. But besides these measures, does the budget do much for startups? Or are there areas where much could have been done but have been given a miss?

We talked to various stakeholders of the ecosystem to understand if the seemingly balanced budget was indeed balanced and where did the Finance Minister (FM) fail to address some serious concerns as far as the startup ecosystem is concerned.

An Extended Tax Holiday: But Does It Matter?

The FM’s decision to extend profit-linked deductions for startups to three out of seven years has been one of the most prominent steps for startups. As per angel investor Sanjay Mehta, “It is a practical move which will provide real benefits to startups.”

Similarly, he praised the move to reduce taxes for companies with revenues under INR 50 Cr stating that, “It’s a step in the right direction to help increase liquidity for MSME. It was expected that measures will be announced for this sector to soften the blow from demonetisation.”

The move to allow companies to carry forward losses by relaxing the 51% promoter holding norm is also a welcome one. Says Sanjay, “It will help founders save tax when they hit profitability. Building companies is painful, hence, this is a welcome move.” However, he added that allowing the carry forward of MAT for 15 years instead of 10 might seem the right thing to do, but won’t be enough as its impact will not be immediate.

However, Atul Rai, CEO and co-founder, Staqu, a Gurugram-based artificial intelligence startup pointed out that the Union Budget 2017 doesn’t provide any direct benefits to startups this year, as these tax exemptions from capital gain are rather difficult to meet, at least for the startups who are in the early stage of 3-5 years.

What he, however, welcomed was the fact that the newly announced exemptions for income tax of common people and well-rounded push towards digital payments will ultimately increase the buying capacity, along with mobile phone utility. “These institutional changes, I believe, will push towards the growth of new age digital startups, albeit indirectly.”

Similar thoughts were expressed by Mayank Bhangadia, CEO and co-founder, Roposo who stated,

“The 5% corporate tax reduction is not relevant to most startups that have not yet begun generating as much revenue. The government should now start thinking about how to reduce startups’ real cost in the early years. In my opinion, income tax slabs should be made completely flat. Tax rates should not increase with increasing income.”

Samar Singla, founder, Jugnoo, was also not ecstatic about the MAT exemption. He said, “Contrary to a few conjectures doing rounds in the market, Budget 2017 brought with it tiny, individual, gift packages but not many bombshells. Given the growth prospects, MAT exemption for startups could have been a plus point but the government chose to skip this one.”

One thing that most startups agreed was the push that digital India got in the budget. More so, with provisions like Bharat Net project, which will be an impressive step in the direction of digitisation of rural India.

Divyansh Bajpai, co-founder Indi.com stated, “Allocating INR 10K Cr to Bharat Net is an impressive step in the direction of digitisation. This is going to democratise digital access to over 150,000 gram panchayats, while also improving the fiber optic network. Besides, the GST bill and allocations of INR 745 Cr to policies like MSIPS and EDF will further reduce the cost of owning a smartphone, hence making it easier for users from Tier II, III, and IV cities and towns to transition online.”

Vijay Shekhar Sharma, founder and CEO Paytm, who has almost become the face of digital payments in India post-demonetisation aptly stated that,

No wonder, with the government’s impetus to bring rural areas closer to digitisation, ecommerce players are ecstatic too. Vishwavijay Singh, co-founder, SaleBhai.com stated, “The hero of the Union Budget 2017 is definitely the rural sector. An important feature of the budget is the government’s resolve to ramp up infrastructure, which should help in taking forward the government’s Digital India campaign. As an ecommerce player, I see consumption in rural areas going up. With rural areas likely to witness greater digital penetration, the ecommerce sector is surely to benefit.”

Similarly, with the duty exemption on POS and fingerprint/IRIS scanners, many fintech startups couldn’t be happier. Priti Shah, CEO of Paynear Solutions stated, “This is a great move and encouragement to fintech companies to play a big role in the ecosystem to digitise India. Paynear is keen on having decent market share and plans to deploy more than 1.5 lakh devices this financial year.”

Additionally, payments will further receive a boost with the introduction of Aadharpay. Sujayath Ali, CEO and co-founder, Voonik stated, “New merchant-enabled Aadhar payments will bring many new consumers who do not have a debit card, into the digital payment environment. This will help startups improve their user identification and engagement.”

But Is Digital India Secure?

With increasing digitisation, it also raises concerns about digital security. And the government is well aware, at least, if not well-prepared for those challenges. Hence, the formation of a Computer Emergency Response Team (CERT) to tackle cyber security threats in the financial sector is indicative of its seriousness to make Digital India secure as well.

“The formation of the CERT for the financial sector is a testament. Due to the rise in the number of digital transactions, CERT for this sector will certainly boost the cyber security stature and bring in more confidence among consumers to adopt digital transactions. Similarly, setting up a separate payments regulatory body will bring in more structured policies and is a clear push to regulate cyber security in the digital payments segment,” stated Saket Modi, CEO & co-founder, Lucideus.

He adds that the government’s efforts to push the adoption of BHIM app, which is by far a more secure method of making digital payments, is also a step in this direction.

Caring For Healthcare: Is The Government Doing Enough?

The Budget announced many a healthcare initiative, such as the New Drugs & Cosmetics Rules to ensure availability of drugs at reasonable prices to ensure use of generic medicines, the DigiGaon initiative, and Aadhaar-based smart health cards will be issued.

“We need to see the details of the New Drugs & Cosmetics Rules in the actual draft but, if implemented properly, this could be game-changing for the pharmaceutical landscape and consumers across the country who need healthcare.”

Similarly, he hailed the EHR cards for pensioners linked to Aadhaar as a fantastic step and the precursor to a universal health stack for India. “We hope to see this stack have open APIs for private players to innovate in partnership with this backbone,” he said. He also hailed the government’s DigiGaon initiative, as a key to bringing healthcare access to all.

However, Ravi Virmani, founder of another healthtech startup CrediHealth believes that much more needs to be done. He said, “Technology could prove to be a disruptive factor in assuring that the healthcare reaches out to those who have been hitherto isolated from it. But, unfortunately, the budget has completely overlooked the healthtech startups which are changing the landscape of healthcare industry in India. With a focus on transparency and reach, they have been deprived of an opportunity to make a dent in healthcare ecosystem.”

The End Of FIPB

One thing this government has been committed is to make business easy. And this budget goes a step further in by the government’s proposal to abolish Foreign Investment Promotion Board (FIPB). Many startups have hailed this step as the government plans to further liberalisation in the FDI policy in the coming days.

But how easy will it become, will be revealed only when further details on this become public.

Not Too Many Sops For Startups?

While the government has scored on many grounds, but many tricky corners have been left untouched too. Saurabh Srivastava, co-founder at Indian Angel Network feels one such area is the capital gains. He said, “It would have been great if capital gains for startups was aligned with listed companies and there was some announcement regarding the regressive Section 56 which impedes the growth of innovative startups & job creation.”

Anand Lunia of India Quotient had similar concerns. He said, “The lack of parity of capital gains treatment for venture capital vs mutual funds as investment vehicles is an issue and investors will continue to prefer equity and real estate over venture capital. This is hurting the formation of long-term capital pool in the country.”

Vikram Gupta, Founder and Managing partner at IvyCap Ventures, felt that the 2017 Union Budget didn’t have many sops for startups other than the MAT extension period of carry forward from 10 years to 15 years. He believes the challenge still remains in terms of actual cashflow for the startups. He added that most of the startups IvyCap invests in have less than INR50 Cr revenues.

That this budget lacks much was also a sentiment shared by Bala Parthasarathy, CEO & co-founder, MoneyTap. He said, “Giving cash-back and referrals for use of UPI is good – but the budget says it’s for “BHIM” app. Hope it gets expanded to all UPI apps. Also, encouraging SIDBI to refinance institutions that lend based on transaction history can be seriously abused.”

Similarly, he felt there was much need to strengthen Data Privacy laws in the wake of increasing digitisation. He added, “We are going to see significant blowback when UPI and Aadhaarpay gets abused (all payment systems are attacked sooner or later).”

While fintech startups are all up for digital payments, some like Happay were sceptical of how quickly these policies would come into action. Varun Rathi, co-founder of Happay stated, “We are hoping that the government will work on the bottlenecks like increasing the limit of IMPS transactions, which still remains a major concern for businesses who want to make urgent transaction beyond bank hours. Scale, innovation, and adoption in fintech sector have always been restricted due to strict regulations.”

As details of the fine print pour in, it seems the startup ecosystem has a mixed reaction to the budget. Some are hailing the tax holiday, some deem it insignificant. The direction and intent of the government towards digitisation and cashless payments will definitely favour the startup ecosystem in the long-term.

Anurag Jain, co-founder and Executive Director at KredX aptly summarised that the key announcements for SMEs that will transmogrify the SME landscape in India and will displace the cash heavy economy with a digital one.

Bhavish Aggarwal, co-founder and CEO, Ola also felt that with its emphasis on Digital India and skilling and the FM’s commitment to building long term digital infrastructure and the cashless ecosystem for the country will also help accelerate quality of services and innovation at large.

But then these are measures which will bear fruit only in the long term. However, in the short-term, it appears startups, for now, have to suffice with the little pockets of sunshine the government has offered in the Union Budget 2017.