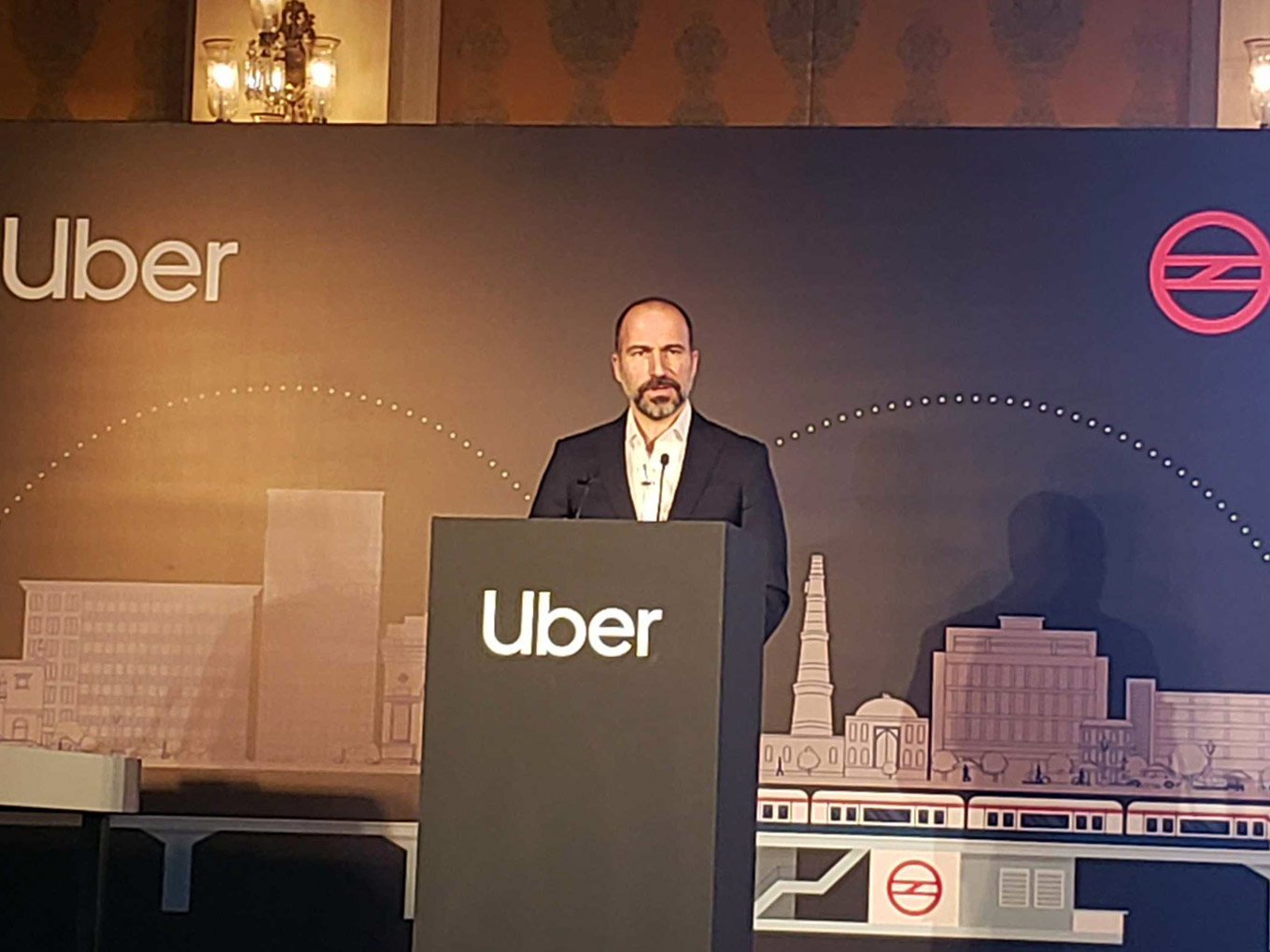 On his second visit to India on Tuesday (October 22), Uber CEO Dara Khosrowshahi announced the launch of Uber for Public Transport for the Indian market, starting with Delhi.

The company has partnered with Delhi Metro Rail Corporation (DMRC) to enable the service across its 200 Delhi Metro stations.

Khosrowshahi said, “The results show that we are bringing new users to transit, and ultimately the growth of Uber and we can help all the time to really set the path for the future, and they can be part of the growth for public transit going together and we’re thrilled to be here. First in Asia, in Delhi, we know that we can bring this vision of being this operating system to your daily life together.”

The company also laid out its vision of how a user can plan their journey and commute with Uber to reach their destination from doorstep to doorstep. Uber will let users book carpool or solo rides as well as public transport through the app and Uber kiosks at Delhi metro stations. Passengers can use Uber to enter and exit metro stations, through an in-app travel card.

Product chief Manik Gupta said Uber for Public Transport has been integrated with the app like its other services such as UberEats.

“It is good for the user as it gives choice, good for city and good for public transport,” – Manik Gupta

DMRC MD Dr. Mangu Singh said that partnering with companies will enable first and last-mile connectivity. He said that DMRC enables 25 Mn trips daily, and users would need a similarly smooth experience outside of the metro. “It has been agreed that Uber will have pick up points at Delhi Metro. Space will be provided for kiosks across 210 metro stations,” he added

Earlier Delhi Metro had partnered with electric two-wheeler startups Yulu and qQuick for sustainable last-mile connectivity for passengers. Interestingly, Uber had partnered with Yulu for a half-way integration, wherein Uber users would get a button to open the Yulu app quickly to book connecting bike rides.

The seamless nature of the Uber ride-hailing and metro ticketing for passengers is sure to be a competitive advantage for the company in Delhi to start with. For Uber, India is a major market and Khosrowshahi stressed that there’s no question of halting investment in the market, even in the face of stiff competition and tons of controversy.

“We see India as the ground for innovation, we want to build in India and export globally” – Uber CEO Dara Khosrowshahi

Pradeep Parameswaran, president of Uber India and South Asia, added that UberMoto and Uber Auto are some of the biggest innovations in terms of products being built with India at the core.