Shared autos, metro feeders and e-rickshaws are the only few options available till now for commuters 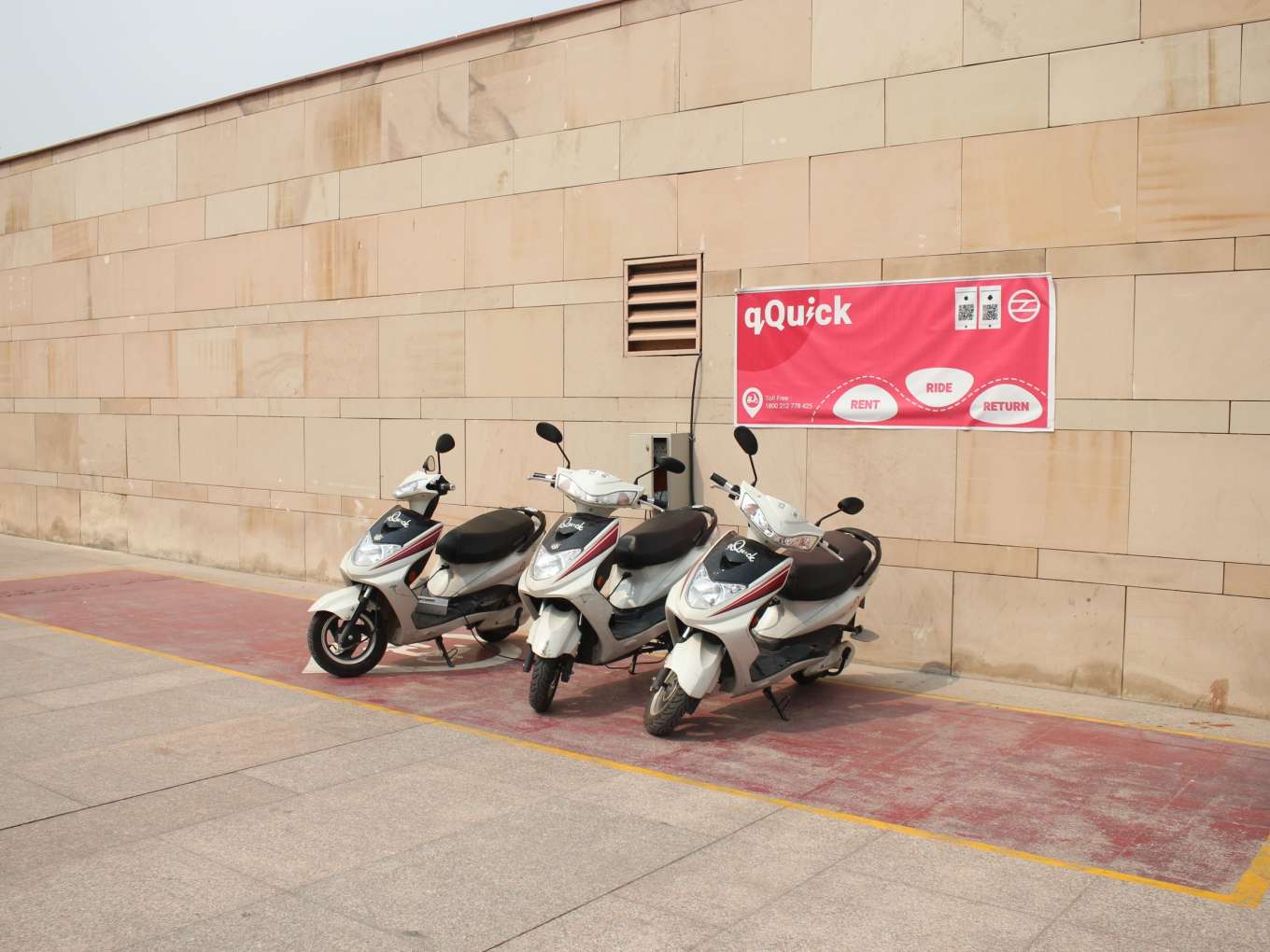 Last-mile connectivity has been the biggest challenge faced by the public transportation systems today in India, including in the capital Delhi. To tackle the issue, the Delhi Metro (DMRC) has given permission to e-scooter renting services at four Delhi Metro stations. The service would be operated by electric vehicle startup qQuick.

The e-scooters are provided by qQuick, which runs an app-based electric scooter sharing service. The scooters, as claimed by the company, are non-polluting. qQuick comprises of renting the scooter per minute, paying only for the time used, and having access to a personal electric scooter which is keyless, smokeless, noiseless, and dock-less. The consumer has to look at the map on the app and spot scooters which are available for use. The service will be run from outside the metro stations.

The public transport system in India has witnessed a drastic growth in the last decade thanks to the likes of Delhi Metro. However, last-mile connectivity to customers is still an issue faced by most cities. Currently, the sector remains largely unorganised, covered by bicycle sharing and e-rickshaw facilities available at some of the metro stations.

The government has been working towards last-mile connectivity on priority as part of transport infrastructure. However, that alone doesn’t seem to suffice at the moment, therein bringing in startups to capitalise on the untapped market.

Currently, 10 Indian cities have functional metro rail networks. These cities are Kolkata, Delhi, Chennai, Bengaluru, Hyderabad, Jaipur, Gurgaon, Mumbai, Kochi and Lucknow. The Delhi Metro spans nearly 350 km, having over 250 metro stations and nine colour-coded lines. However, most cities are yet to fill the last-mile connectivity gap. The issue has been a challenge which many startups are looking to tackle.

Bike-sharing app Yulu tied up with Delhi Metro in September this year. The bike-sharing firm launched its services from Dilli Haat to JLN Stadium in central Delhi in collaboration with DMRC. The app caters to first and last-mile connectivity for commuters. Yulu plans to deploy 5,000 electric non-motorised vehicles at metro stations by the end of the year.

Last year, Ola partnered with the Delhi division of Northern Railways to launch dedicated Ola kiosks at five important railway stations in New Delhi. Passengers at stations can book a cab with the assistance of Ola representatives at Ola kiosks within station premises.

Ola Zones have been set up at these five railway stations, which provide dedicated parking to the cabs, thereby making it easy to tackle the last-mile connectivity issue. These zones will also serve as dedicated pickup and drop points. The company claims that this has brought down the expected time of arrival (ETA) of cabs to as low as 2 minutes.

Till now the sector is mainly covered by a combination of shared autos, metro feeder services and e-rickshaws. More startups in this area will ensure better travel experience to commuters and also reduce the number of crimes against women. In addition to this, these startups also seem to keep reducing congestion and pollution in the city as a target.