UberEats was also in advanced talks with Swiggy, last year 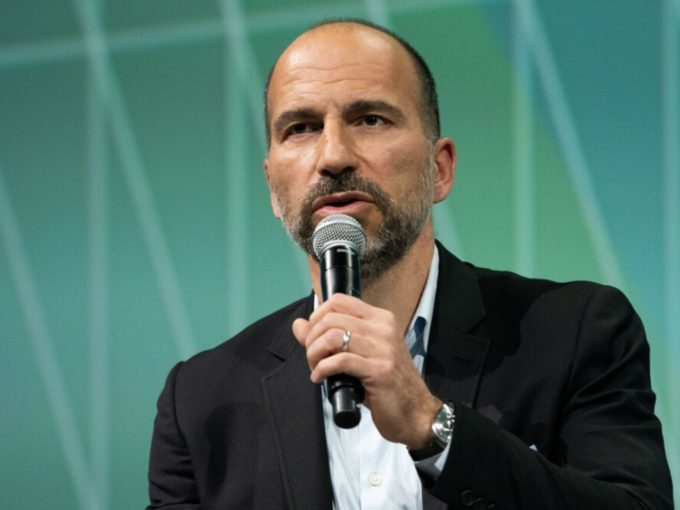 After Zomato CEO and cofounder Deepinder Goyal explained the maths behind the Uber Eats acquisition this week, cab-hailing service Uber CEO Dara Khosrowshahi also came forward to elaborate his side of the story.

“There has been too much capital chasing too many companies which makes sense when you are in an only-growth mode.That growth has to consolidate so that you have two or three players in the market instead of four-five players,” Khosrowshahi added.

This week, Zomato announced the acquisition of Uber Eats’ food delivery business in India for $350 Mn. With this deal, Uber also received a 9.99% stake in the Indian food delivery and aggregator giant Zomato.

Uber Eats was at a distant third spot in the food delivery market in India, which is currently led by Swiggy and Zomato. The Zomato and Uber Eats partnership is expected to change the dynamics even further by giving Zomato’s user base a boost.

Uber’s Khosrowshahi, in the CNBC interview, also added that the company aims to be the number one or two player in the market it operates in, rather than “number three or number four” player.

Zomato’s Goyal, talking about the acquisition in an ET interview, specified that the deal is not about acquiring the third biggest player in the market, but about acquiring a business that holds the first or the second spot in many southern Indian cities, where Zomato has been able to set a mark.

Explaining the deal even further, Goyal added that Zomato is expecting to get 80% of Uber Eats’ business, which will lead to a 20% rise in its monthly active users and 25% more orders. Besides this, Zomato will also be onboarding Uber Eats’ 500 exclusive restaurants, which mostly is set up in southern India.

“The idea is to only improve the quality of our business and Uber Eats was a step in that direction. It was not about buying a number three player, but buying a number one or number two is some cities where we were lagging behind,” Goyal said.

Goyal also added that even if the company had to give away 10% of its business to gain 20%, then it’s a “win-win” deal.

Interestingly, Zomato was not the only contender to buy Uber Eats. In February 2019, Uber Eats was also in advanced talks with Swiggy. However, the deal reportedly fell apart due to differences in valuation and other legal and taxation issues. Later, Uber had reached out to Amazon as well, which is looking to set up its food delivery business in India.

An earlier version of this article referred to Uber CEO Dara Khosrowshahi as the company’s cofounder. Inc42 regrets the error.