[What The Financials] To-Be Unicorn MPL Spent INR 21 For Every Rupee In Revenue In FY20; Loss Up By 162%

[What The Financials] To-Be Unicorn MPL Spent INR 21 For Every Rupee In Revenue In FY20; Loss Up By 162%

Its total revenue is roughly the same as Paytm First Games for FY20, which was also launched in 2018 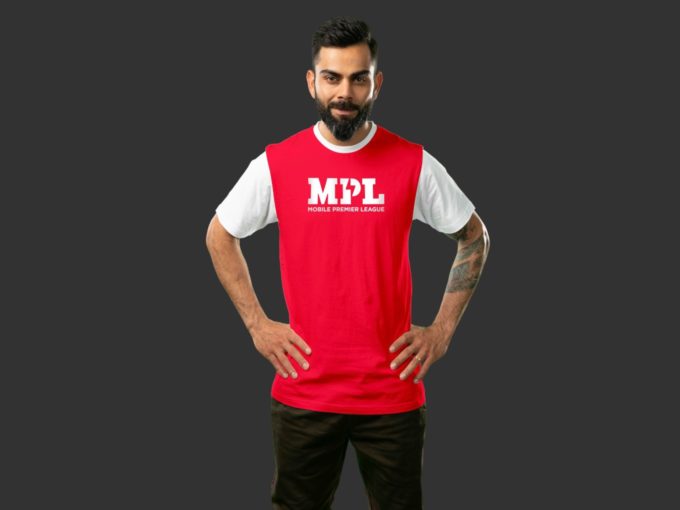 Mobile Premier League or MPL only launched its gaming product in October 2018 at a time when real money online gaming startups were facing increased pressure from petitions in high courts in India. While many demanded a ban on real-money online gaming, the sector grew nevertheless, and with it rose MPL. The next year, Dream11 became the first Indian gaming unicorn to underline the bright future for online gaming in India. And this year, MPL, after its recent $100 Mn funding round, has a valuation of $945 Mn, agonisingly short of the $1 Bn mark.

As it looks to seal its status as a unicorn, the company has opened its operating revenue account. In the fiscal year ended March 31, 2020 (FY20), MPL recorded revenue of INR 18.31 Cr, as against revenue of INR 4.27 Cr in FY19, when the company didn’t earn any revenue from operations but only as interest on fixed deposits and current investments.

In its latest financial filings, MPL reported that operational revenue, which is the income earned from the sale of online gaming services, stood at INR 14.81 Cr, while other income was INR 3.49 Cr. This is the first step towards the company monetising its multi-game platform as it looks to turn EBITDA positive.

The filings note that the company earns operational revenue through participation fees paid by players for online games as well as platform fees which it levies for real money games. The operational income is net of the prize money paid to users who win gaming contests on the platform.

How MPL Stacks Up Against Paytm First Games

As for the breakup of MPL’s expenses, operating expense grew by 57.42% to INR 56.29 Cr; employee benefits expense grew by 69% to INR 57.6 Cr; and, other expenses, which includes the company’s spending on rent, fuel, legal, advertising and other miscellaneous expenses, grew by 350% to INR 180 Cr. The startup spent INR 21 for every rupee in operating revenue.

MPL’s operating expense includes the company’s spending on customers incentives or prizes paid to customers who win contests on the platform, IT infrastructure operating cost, game development and transaction charges towards inward remittances.

Indian cricket captain Virat Kohli invested in the online gaming startup in February 2019 and became the company’s brand ambassador in January last year. The company has since onboarded other Bollywood actors for its advertisements as well, which would have substantially added to its advertising costs, even though it has seen traction grow in the past 18 months.

MPL’s FY20 financials don’t accurately reflect the impact of the pandemic on the company’s performance. The online gaming industry in India boomed amid the countrywide lockdown imposed to contain the spread of Covid-19 between late-March and late-May last year.

In an interview with Inc42 in September last year, Abhishek Madhavan, SVP of growth and marketing at MPL claimed that the company had grown 4x between March and September 2020. Moreover, the startup’s GMV had reached $1 Bn from $350 Mn in March.

And with high-profile associations with big television properties such as reality show Big Boss and T20 cricket competition, the Indian Premier League (IPL), the company manifestly ameliorated its brand image. However, one would wonder whether spending big on advertising is fiscally prudent for a two-year-old startup. After all, what’s the return on investment (ROI) for a gaming company when it becomes the presenting sponsor for reality show Big Boss?

Madhavan had told Inc42 that the aim behind the marketing efforts was to become a household name in India, also explaining that the company’s target audience wasn’t just gaming aficionados but anyone with a smartphone and a working internet connection.

Founded by serial entrepreneurs Sai Srinivas Kiran G and Shubham Malhotra, MPL claims to have 6 Cr users in India, and another 3.5 Mn strong userbase in Indonesia after a year of opening its operations there. The platform has on-boarded over 70 games on its platform and employs 500 people with offices in Bengaluru, Pune, Jakarta and Singapore.

None of the games on the MPL platform are developed by the company itself, instead, it follows a marketplace model where developers can join and create games based on MPL’s ideation. This approach also helps the company to grow faster because it reduces the amount of effort and time needed to build this portfolio of games.

In November last year, MPL had launched a $5 Mn fund for game developers, to develop their games for a national and international audience. The fund is open to all developers and studios.

For the fund, MPL had said it would launch a single-window online console for game developers to apply for the fund as well as to submit their games to the company for screening and publishing.

As a soon-to-be unicorn with expanding operations and a growing userbase, things currently would certainly seem rosy for MPL. However, trouble may be inching towards its offices, one state at a time.

In 2018, Telangana banned real-money online gaming. In the latter part of last year, Andhra Pradesh and Tamil Nadu followed suit. The Karnataka government is also mulling similar legislation and there’s a PIL in the Kerala High Court demanding the state to implement a ban on online games played for stakes. These states have contended that online gaming encourages a gambling addiction among youth, driving several people to commit suicide after they were entangled in a cycle of debt.

In Sikkim and Nagaland, while the respective state governments have excluded the staking of money on games of skill from the ambit of gambling, the operators of online gaming portals are required to get licenses for conducting their operations within state boundaries.

Such games of skills are also barred from listing on the Google Play Store, curtailing the potential of Indian online gaming companies to organically market their products.

Nevertheless, According to an Inc42 Plus report titled, “Unlocking Mobile Gaming: Behind The $1.2 Bn India Opportunity”, the Indian mobile gaming market, with 326 Mn mobile gamers as of last year, was pegged to be a $1.2 Bn market opportunity by the end of 2020. With this market size, India would have finished 2020 in sixth position globally and among the top five markets for mobile gaming in terms of the userbase.