Cofounders Larry Page, Sergey Brin stepped aside from day-to-day operations of the company

“There is no one that we have relied on more since Alphabet was founded,” the founders said about Pichai 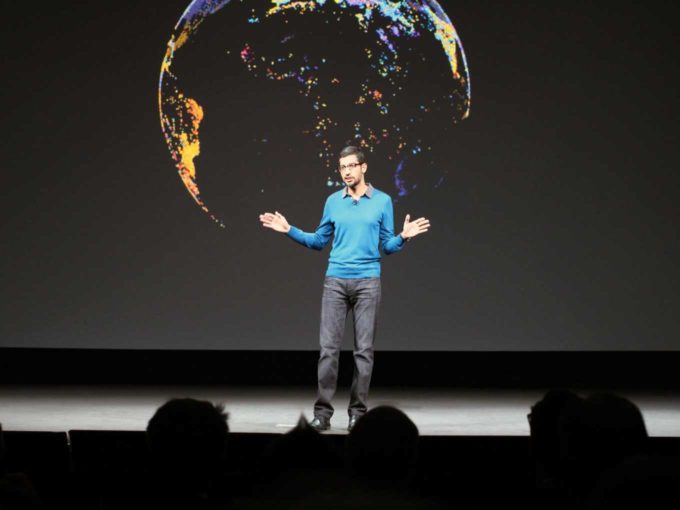 Just when we thought Sundar Pichai has reached the highest point in life that anyone can ever dream of, he touches another milestone. Pichai has been named the new CEO of Alphabet Inc, Google’s parent company.

Cofounders Larry Page and Sergey Brin have stepped aside from day-to-day operations of the company and will continue as cofounders and members of Alphabet’s board. Pichai, who is also a board member, will lead Alphabet alongside his role as CEO of Google and managing Alphabet’s portfolio which includes Chronicle, GV, CapitalG, Verily, Loon, X, Waymo and Google Fiber.

“Dream is not that which you see while sleeping it is something that does not let you sleep.” While most of us have shared this famous quote by Dr. APJ Abdul Kalam on social media platforms a zillion times, only a few such as Sundar Pichai, who also hails from Tamil Nadu like the former India president, seem to have imbibed it and made it happen.

Here’s how Pichai went from a Tamil boy in love with technology and engineering to leading one of the world’s biggest conglomerates.

Born on July 12, 1972 in Madurai, Sundar Pichai hails from a middle-class Tamil family. His father Regunatha Pichai, worked as an electrical engineer for GEC and managed a factory that made electrical components. His mother used to be a stenographer before having Pichai and his younger brother. The Pichai home during Sundar’s young days was a two-room apartment. Like any Indian middle-class family in the 80s, even to buy a scooter Pichai’s father had to wait for three years.

Pichai’s Love For Technology As A Child

Early on, Pichai understood how technology could save a lot of time as he recounted in an interview. When his mother was sick once, he had to travel to a very far off place to collect blood reports for her. It took him more than an hour to reach the place and he had to wait at the centre for hours. This annoyed him and when the family bought their first rotary telephone, he valued it a lot, since with one phone call he would know when reports would arrive.

He was also intrigued by the refrigerator his family bought.

“We waited a long time to get a refrigerator, too, and I saw how my mom’s life changed: she didn’t need to cook every day, she could spend more time with us. So there is a side of me that has viscerally seen how technology can make a difference, and I still feel it. I feel the optimism and energy, and the moral imperative to accelerate that progress”

His family realised his skill to memorize a lot of things very early on. As a child Pichai would surprise everyone by remembering many phone numbers. He excelled in studies at his school Jawahar Vidyalaya in Chennai and earned a seat at the Indian Institute of Technology in Kharagpur, where he did his B.Tech in metallurgical engineering.

During the course he won a scholarship to study materials science and semiconductor physics from Stanford University from where he went on to complete his M.S.

“He was doing work in the field of electronics at a time when no separate course on electronics existed in our curriculum. His thesis dealt with implanting molecules of other elements in silicon wafers to alter its properties. It was very clear from the beginning that he was enthused about electronics and materials,” said Pichai’s teacher Prof Sanat Kumar Roy.

After M.S he had planned to pursue a Ph.D. from Stanford. However, he dropped out and joined Applied Materials as an engineer and product manager. He eventually quit and pursued MBA from Wharton School of the University of Pennsylvania in 2002.

Pichai joined Google as the President of product management in 2004. He was entrusted initially with Google Search toolbar which gave users of Internet Explorer and Firefox easy access to Google search. He also went on to work on many other important products like Google Gears, Gadgets, Google Pack, all of which are no longer available.

“The thing that attracted me to Google and to internet, in general, is that it’s a great equalizer. I’ve always been struck by the fact that Google search worked the same as long as you had access to a computer with connectivity, whether you were a rural kid anywhere or a professor at Stanford or Harvard. I want Google to strive to do that — not just build technology for certain segments. For me, it matters that we drive technology as an equalizing force, as an enabler for everyone around the world,” said Pichai.

Then came the turning point in Pichai’s career and Google’s growth journey. Pichai came up with the idea of developing Google’s own browser. Though initially the idea was not encouraged by seniors, his perseverance and faith in his product convinced cofounders of Google, Larry Page and Sergey Brin, to launch Google’s own browser in 2008.

The product changed the way the world works and took Pichai became an internationally popular figure. To date, Chrome stands as the number one browser in the world, way ahead of Internet Explorer and Firefox.

In 2012, Pichai added another Google division to his portfolio and one year later he was taking care of running Android. Another important contribution from Pichai was Android One, low-cost smartphones. He also went on and took charge of search, maps, research, Google+, Android, Chrome, infrastructure, commerce and ads, and Google Apps.

Under Pichai, Android cemented its place as the world’s leading operating system and the CEO also managed to strengthen various weak points in Android’s architecture, from the point of view of security and integration of Google Assistant etc.

Having also played an important role in Google’s $3.2 Bn acquisition of Nest in 2014, in 2015 he was made the CEO of Google just when Alphabet was created.

“Sundar brings humility and a deep passion for technology to our users, partners and our employees every day. He’s worked closely with us for 15 years, through the formation of Alphabet, as CEO of Google, and a member of the Alphabet Board of Directors. He shares our confidence in the value of the Alphabet structure, and the ability it provides us to tackle big challenges through technology. There is no one that we have relied on more since Alphabet was founded, and no better person to lead Google and Alphabet into the future.”

The letter from cofounder Page and Brin sums up Pichai’s achievements and what the future holds for Google and Alphabet with Pichai at the helm of affairs.