Sundar Pichai To Take Over As CEO Of Alphabet As Brin, Page Step Aside

Sundar Pichai To Take Over As CEO Of Alphabet As Brin, Page Step Aside

Pichai will continue to remain the CEO of Google

There is no better person to lead Google and Alphabet into the future, Google cofounders said 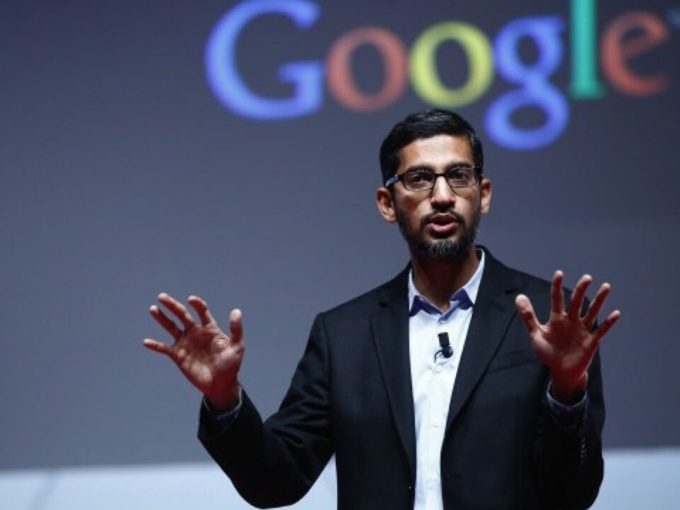 Sundar Pichai has been named the new CEO of Alphabet Inc, Google’s parent company as cofounders Larry Page and Sergey Brin stepped aside from day-to-day operations of the company.

As per an Alphabet press release, the founders will be transitioning from their respective roles as CEO and President, while Pichai, will be replacing Page as the CEO of Alphabet. However, Page and Brin will continue as cofounders and members of Alphabet’s board.

Pichai, who is also a board member, will lead Alphabet alongside his role as CEO of Google and managing Alphabet’s investment in its portfolio including Chronicle, GV, CapitalG, Verily, Loon, X, Waymo and Google Fiber.

Alphabet board chairman John Hennessy said the contribution of the cofounders over the past two decades is impossible to explain in a few words.

In a letter, Page and Brin said that Pichai brings humility and a deep passion for technology to their users, partners and employees every day. They lauded his ability to tackle big challenges through technology. They further said that there is no better person to lead Google and Alphabet into the future.

“We’ve never been ones to hold on to management roles when we think there’s a better way to run the company. And Alphabet and Google no longer need two CEOs and a President. Going forward, Sundar will be the CEO of both Google and Alphabet.” – Google founders Larry Page and Sergey Brin

Pichai said that this transition will not hamper the Alphabet structure or the work that the company does on a day-to-day basis. “I will continue to be very focused on Google and the deep work we’re doing to push the boundaries of computing and build a more helpful Google for everyone. At the same time, I’m excited about Alphabet and its long term focus on tackling big challenges through technology.”

He added that his work will continue the “timeless mission” that Brin and Page have set for Google, which the mild-mannered executive called “a strong foundation on which we will continue to build”.

Pichai joined Alphabet’s Board of Directors in July 2017, as the 13th Alphabet Board member. He became the CEO of Google in August 2015. Alphabet was created in October 2015, as a part of corporate restructuring. The company is involved in various investment and growth project that leverages technology.