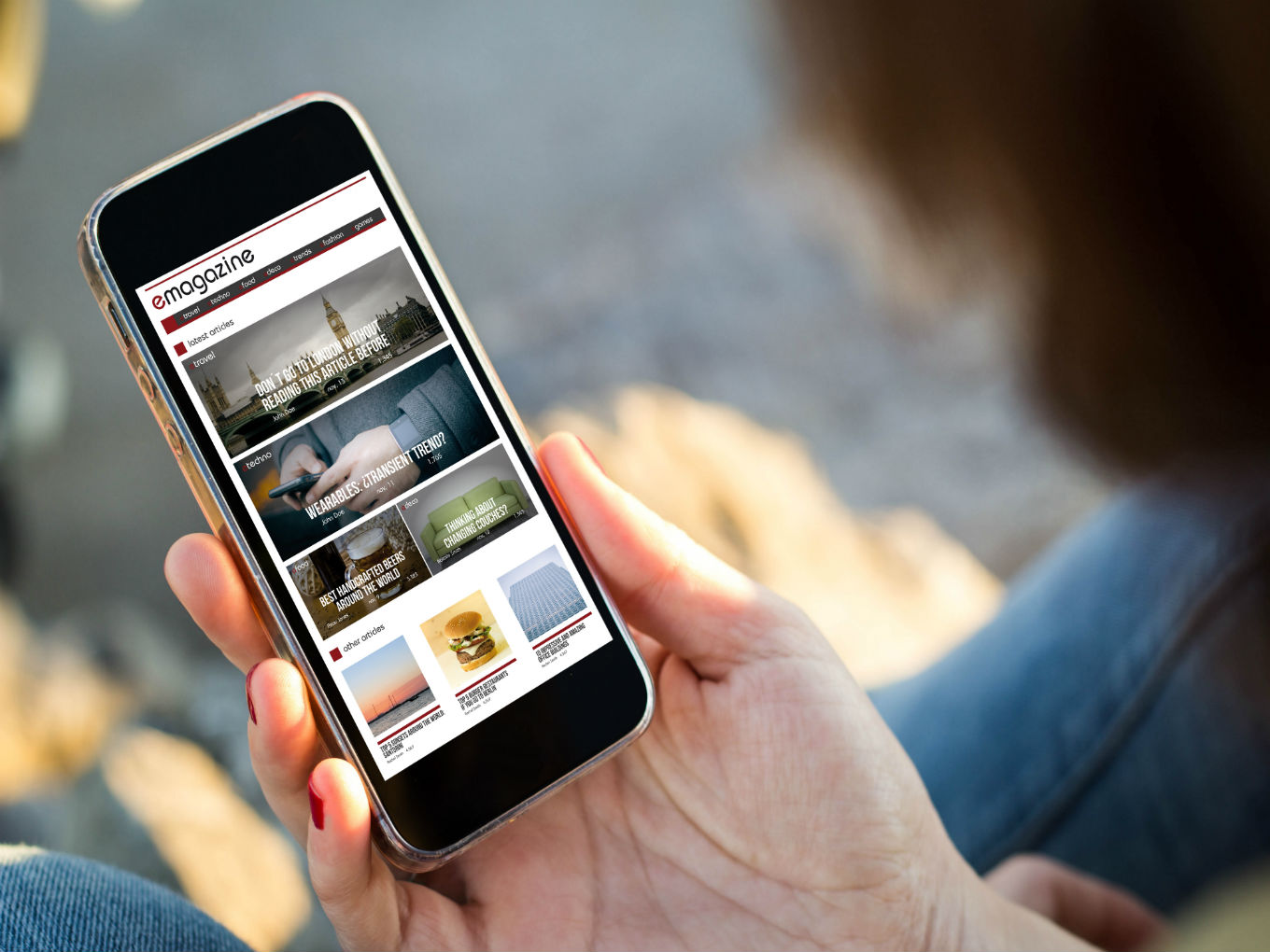 Facebook plans to use optical character recognition (OCR) to analyse text from photos and compare them to headlines from news articles.

Further, US-based social media platform Snapchat is reportedly expanding its crowdsourced  ‘Our Story’ content and NowThis features to its various media partners, including CNN and NBC News. With this, news organizations will get a new place to curate user-submitted content for publishing stories.

The ‘Our Story’ feature was introduced on Snapchat in 2015 and allows users to submit Snaps for specific categories, places, events, or topics into a single, curated story, which could give a broader perspective on the particular event being shared.

With the new update, Snapchat partners will now be able to create their own Our Story topics, collect Snaps, and add their own titles, graphics, and text to the stories.

In another social network update, US-based Pinterest has reported that the platform has nearly 250 Mn users. The numbers have increased from 200 Mn last since September 2017.

On the technology front, according to a poll by Adobe Analytics, an industry-leading solution platform, 32% consumers in the US own a smart speaker — a 14% increase from 28% in January within a few months.

In a major challenge to premium smartphone maker Apple, Xiaomi’s OnePlus has introduced the idea of going wireless by removing the headphone jack for its upcoming model — 6T. The company tweeted about Type-C Bullets earphones in its latest deep-dive on the forums.

In the entertainment sector, US-based DC Entertainment is now launching the DC Universe streaming service. The users will be able to use the sample service for $8 a month or $75 for a year. The company claims that the website, which will be available on a slew of platforms in the US, including iOS, Android, Apple TV, Android TV, and Roku, will be an interesting mix of multimedia content in a world of video-only sites, including original series, older content and digital comics.

Search giant Google was back in the European Court of Justice last week, placing its arguments against the global application of the ‘right to be forgotten’, rather than geo-limiting delistings to European sub-domains (as it does now). In a 2014 judgement, the top court had ruled that search engines must respect Europeans’ privacy rights and also remove erroneous, irrelevant and/or outdated information about a private citizen on request.

Meanwhile, US-based venture capitalist Mary Meeker, who also drafts the famous annual Internet Trend Reports, is ready to leave the US-based venture capital firm Kleiner Perkins and start her own fund. In her new journey, Meeker will be joined by Mood Rowghani and Noah Knauf, who are general partners at the company and also Juliet de Baubigny.

In Europe, the parliament has approved proposals to reform online copyright, which includes an extension to cover snippets of publishers content (Article 11) and to make platforms that hold significant amounts of content liable for copyright violations by their users (Article 13).

The Article 11 controversy revolves around the copyright reform on the use of news content snippets. The Article 13 controversy focuses on user-generated content platforms such as YouTube, where the players claimed that the ideas they generate should be made liable for copyright infringements.

After rejection in July 2018, the controversial reforms have been finally approved; however, the reform process is not yet over.  The European Parliament will hold trialogue discussions with Member State representatives via the European Council, and a final vote to pass the law is likely early next year.

Further, the European Union’s executive body has published a proposal for all websites to monitor uploads in order to be able to quickly remove terrorist uploads and wants to transform the informal one-hour rule for removing terrorist content into a law.

Following the announcement of Jack Ma’s retirement as the chairman of Chinese ecommerce giant Alibaba, the company has announced that the company’s CEO, Daniel Zhang, will succeed Ma next year. In an official statement sent to the media, Ma said that Zhang has “demonstrated his superb talent, business acumen and determined leadership” since taking over as CEO.

After stepping down from the position of chairman on September 10, 2019, Ma will continue to serve as a board member until its annual general shareholders’ meeting in 2020. Ma will also continue to be a lifetime partner of the Alibaba Partnership.

Ecommerce giant Amazon’s founder Jeff Bezos tweeted that he and his wife, MacKenzie S Bezos, were creating a $2 Bn fund to finance a network of nonprofit preschools and donate funds to organisations helping homeless families.

He added that there will also be a Day 1 Academies Fund which will launch a network of free, Montessori-inspired schools in low-income neighbourhoods. The fund is named Day 1 as it aligns with Bezos’ stated philosophy of “maintaining a Day 1 mentality.”

After months of dramatic exits, discussions on making Tesla private, smoking weed on air, and much more, Elon Musk has now announced that his US-based aviation and aerospace company SpaceX has decided on its first private passenger to fly around the moon on its redesigned Big Falcon Rocket (BFR) spacecraft.

The company said in an official tweet that it has “signed the world’s first private passenger to fly around the Moon” in its spacecraft. Along with the tweet, SpaceX had also included an image of the redesigned spacecraft. The older version was also two-toned but the new design is more reminiscent of a space shuttle.

Google May Link Searches With Phone Numbers Of Chinese Users

After nearly eight years of saying goodbye to China, global search giant Google has supposedly relaunched its efforts to re-enter the country. For this purpose, the company is building a prototype system called the ‘Dragonfly’ Android app. The app will link Google searches to the phone numbers of China-based users as part of its new search service, making it easy to track individual users’ searches.

Last month, a whistleblower had revealed the secret project saying that the move would make it simple to track individual searches.

According to reports, Dragonfly was “essentially hardcoded” to replace weather and air pollution results with potentially-doctored data from a source in China. Additionally, this tracking by Dragonfly will also avoid the blacklisted terms such as “human rights,” “student protest,” and “Nobel Prize,” as Google searches would normally throw up news about Chinese activist and Nobel laureate Liu Xiaobo.

Earlier, Google said that it’s only doing “exploratory” work on a search service in China and that it’s “not close to launching a search product” in the country.

Apple reportedly has 70 autonomous vehicles that are permitted to test on public roads at present. According to the permits, which are issued by the California Department of Motor Vehicles, it is necessary for a safety driver to be present behind the wheel.

US-based driverless car company GM Cruise has the most permitted autonomous test vehicles at 175, followed by Waymo with 88. Apple has the third-largest fleet of such vehicles in the US.

Mercedes-Benz Owners Can Now Talk To Their Cars

Different versions of the company’s services are available on a number of platforms, including iOS, Android. It has also been used in several vehicles made by South-Korea based automobile maker Kia Motors and Hyundai.

US-based ride-sharing company Uber announced its plan to invest $150 Mn in Toronto over the next five years. Uber CEO Dara Khosrowshahi said that the company plans to launch a new engineering hub in Toronto in order to expand its autonomous research team as it refocuses its self-driving car efforts.

The hub is expected to start its services from next year. The company also plans to bring 300 more people on board, which will increase Uber’s total number of employees in Toronto to 500.

US-based ecommerce portal Jet.com, which was acquired by Walmart for $3 Bn in 2016, is reportedly being relaunched with an upgraded look and assortment of products. The platform will now have a stronger focus on serving the needs of users from urban metros.

It will also introduce a grocery delivery service within three hours with a view to challenging Amazon’s Prime Now, which provides ultrafast delivery of household items and essentials. The portal’s updated catalogue offers a selection of products across categories such as grocery, home, fashion, beauty and electronics, which are relevant to urban shoppers.

Further, in the age of digital currency, Walmart is selling Bitcoins made of chocolate for $1 each. These chocolates, made by US-based chocolate company Frankford Candy, contain 1.42 ounces of milk chocolate and are wrapped in gold-coloured foil.