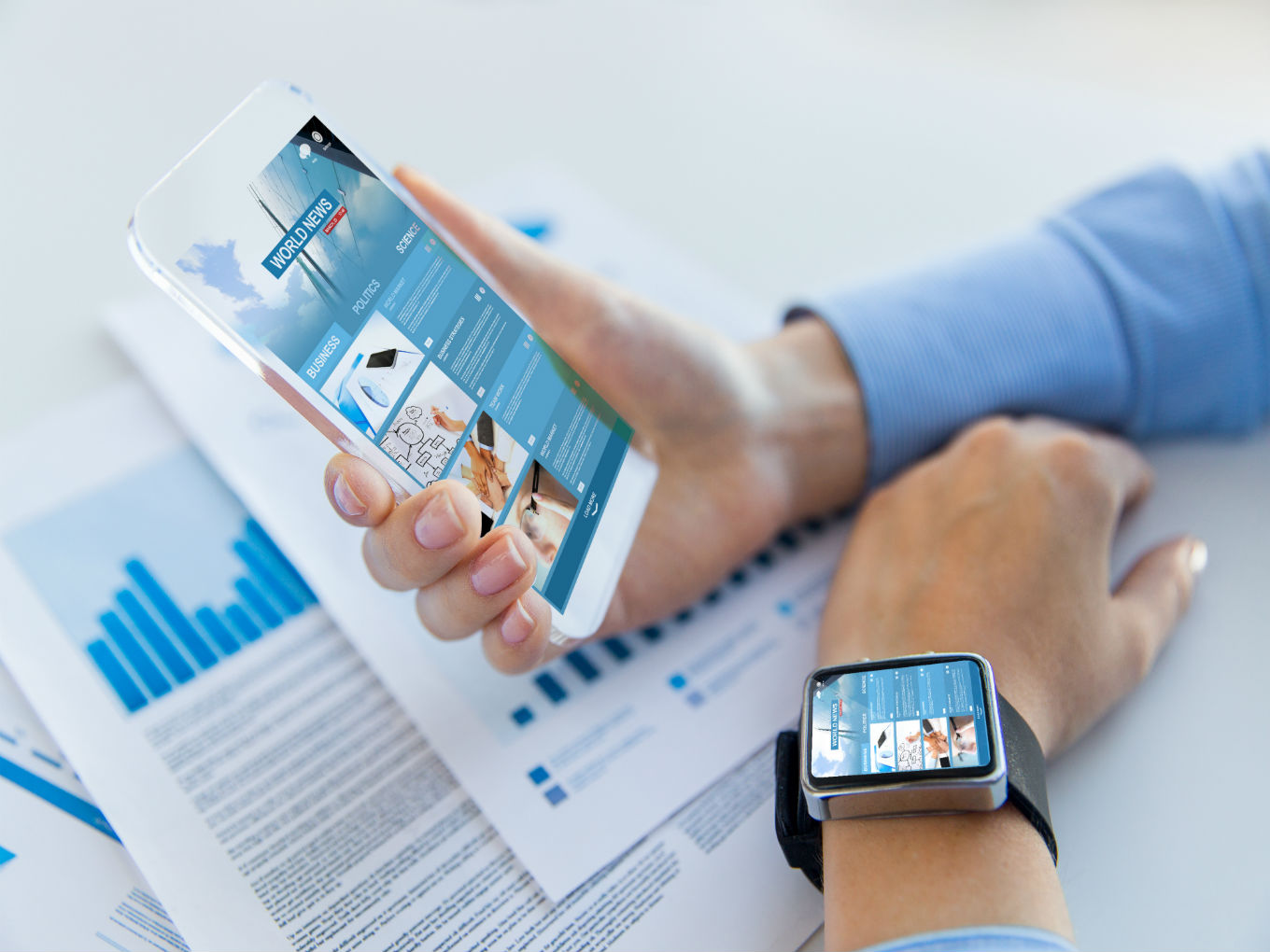 All the news seems to have been made by social giant Facebook last week.

But we can’t forget Tesla chief Elon Musk, who’s been redefining “weird” lately. Last week, Musk smoked marijuana while speaking about AI and samurai swords, among things, on a live web interview with comedian Joe Rogan. Within a few hours of that, two high-level executives — the recently appointed head of accounting, Dave Morton, and head of human resources, Gaby Toledano — announced they were leaving the company. And this is just the latest in a string of unusual behaviours by Musk and executive departures that have stunned investors.

Coming back to more staid news, Facebook announced that it will be establishing its first data centre in Asia. It is planning to build an 11-storied building in Singapore, which will help the platform work faster and more efficiently.

The company confirmed that the project would cost around $1 Bn. It added that the data centre will help generate jobs and also “form part of our growing presence in Singapore and across Asia.”

Facebook said that the building would be powered by 100% by renewable energy and will leverage a new technology called ‘StatePoint Liquid Cooling’ system, which, it claimed, minimizes water and power consumption.

Further, commenting on the issue of election chaos, former Facebook Chief Security Officer Alex Stamos said that if there is no chaos during the midterm election in the US in 2018, it will not be because the US did a good job of warding off foreign interference, but due to the forbearance was shown by its adversaries.

“As a society, we have not responded to the 2016 election in the way that would’ve been necessary to have a more trustworthy midterm,” he said. “There have been positive changes, but overall security of campaigns [is] not that much better, and the actual election infrastructure isn’t much better.”

Meanwhile, Sheryl Sandberg, Chief Operating Officer, Facebook, admitted that the company could have done more to prevent foreign interference on its platforms and added that the government needs to step up its intelligence-sharing efforts.

These remarks came ahead of the open hearing at the Senate Intelligence Committee last week, where Sandberg and Twitter chief executive Jack Dorsey testified on foreign interference and election meddling on social media platforms. US lawmakers are investigating foreign influence campaigns on these social platforms.

The comments came after Sandberg and Dorsey gave their testimony to the Senate Intelligence Committee.

However, according to reports, it was unclear that whether the US Justice Department wishes to give a push for a regulation in this regard or is actively trying to investigate the social media platforms for issues relating to competition or antitrust.

The Pew Research Center published new research showing that Americans have become more cautious and critical in using Facebook over the past year.

Alibaba’s Jack Ma To Step Down

China-based ecommerce giant Alibaba’s co-founder and executive chairman, Jack Ma, plans to step down in order to pursue philanthropy in education. Jack Ma, who was formerly an English teacher, had launched Alibaba in 1999 and developed it into a giant ecommerce and digital payments platform.

In an interview, Ma said that his retirement is not the end of an era but “the beginning of an era.” He said he would be spending more of his time and fortune focused on education. “I love education,” he said.

Ma will remain on Alibaba’s board of directors and continue to mentor the company’s management.

Ecommerce Company Amazon Is Worth $1 Tn

Ecommerce website Amazon was declared the second publicly traded US-based company to touch the $1 Tn market cap milestone, just a month after Apple became the first to walk that path.

Amazon’s market capitalisation has reportedly received a boost over the last year due to the popularity of its Internet video-on-demand service, Amazon Prime, and the expansion of its product catalogue and seller base.

Amazon Web Services and the Amazon advertising business have also led a hand in generating profits for the company.

Tesla has seen many exits over the past several months. in a bid to retain people, Musk announced promotions and job updates in an email sent to the employees.

The company claimed that the decision wasn’t new and that some of the promotions were decided before the two resignations that took place last week. However, the promotions and updates are notable because they give a rare insight into the company structure and also highlight the increased workload assigned to a few people.

Further, the letter also included a few other forward-looking statements regarding the company’s next quarterly earnings report.

Former Google China head Kai-Fu Lee said that he believes the odds are stacked against Google in case it’s planning to relaunch its services in China. According to reports, there have been internal talks at Google about plans to introduce a search product and a news app that may indicate the search giant’s re-entry in the Chinese consumer market which it left in 2010.

He added that during his stay, Google’s market share had jumped from 9% to 24% while its revenue was about to reach 1 Bn. However, he said that the current outlook “is less rosy”.

The project is aimed at bringing artificial intelligence (AI) and commercial drone flyers together. It is challenging parties to develop AI technology that will enable autonomous drones to compete with and win against pilot-operated drones.

US-based cab service Uber’s CEO Dara Khosrowshahi said that in terms of transactions, ride-sharing will be less than 50% of its business in the near future. Within a year of Khosrowshahi’s tenure as the CEO, Uber has acquired a bike-sharing startup named JUMP and also launched UberRent, a car-sharing partnership between Uber and Getaround that allows people to rent someone’s car through the ride-hailing app.

Khosrowshahi also announced his plans to introduce a dockless electric scooter service. He added that along with dockless scooters and bikes, flying taxis are also central to Uber’s future business plan.

Facebook-owned image-sharing social platform Instagram (IG) is reportedly working on a standalone app that will be dedicated to shopping. The new app may be named IG Shopping.

Users will be able to browse through goods from merchants whom they follow on Instagram and buy directly from them using the app.

According to sources, the service is still being developed and there is no certainty that it will be launched. However, the sources said that Instagram was well positioned to expand its business into the ecommerce sector.

Instagram is not only looking to tap into the online shopping sector. The social media site has also been testing its new messaging app, Direct, since December 2017.

In 2018, it Instagram also introduced an IGTV feature that enables users to showcase short videos on the app.

Tech Cos Asked To Build ‘Backdoors’ Into Encrypted Products

The countries under the Five Eyes pact — an intelligence-sharing agreement between the US, UK, Canada, Australia, and New Zealand — have asked technology companies to build “backdoors” into their encrypted products so that law enforcement agencies are able to obtain access to data.

The decision was made after a meeting held by the nations last week. According to the announcement, if companies do not comply with the decision, the governments “may pursue technological, enforcement, legislative, or other measures” in order to get into locked devices and services”.

They have mentioned in the memo that these “backdoors” will be used only as “lawful” access to a device in cases such as criminal investigations.

JD.com CEO Arrested By US Police On Business Trip

The CEO of China-based ecommerce company JD.com, also known as Jingdong, Richard Liu, was arrested by Minneapolis police last week due to an alleged case of sexual misconduct. However, he was released after 16 hours.

According to Minneapolis Police Department public information officer John Elder, the investigation will remain active; he did not disclose any further details.

Following the incident, the company issued a statement claiming, “During a business trip to the United States, Mr Liu was questioned by police in Minnesota in relation to an unsubstantiated accusation. The local police quickly determined there was no substance to the claim against Mr Liu, and he was subsequently able to resume his business activities as originally planned.”

Reacting to the statement, Elder said that it does not affect the investigation in any form and that the police would handle the case in a similar way as they do other cases.

According to reports, Ofo had signed a deal for 5 Mn bikes in May 2017 with Shanghai, which it was to purchase over the period of a year.

However, Ofo reportedly bought only 2 Mn bikes during the time, resulting in a 55% decline in Shangai’s revenues. This led the manufacturer to file a lawsuit against Ofo.

In an e-mail, a group of employees at the US-based grocery store chain Whole Foods Market expressed their concern over job cuts to be effected by their new owner — ecommerce giant Amazon. It claimed that the deal came along with an agreement that hundreds of millions of dollars would be shaved off in labour costs from Whole Foods stores.

The e-mail, which was sent to employees at most of the grocery chain’s 490 stores, sought to gauge if the workers would be willing to join a “cross-regional committee,” to facilitate coordination of workers across 11 regional offices to “create a platform to force Amazon to meet our demands.” The email elaborated these demands as well: a $15 minimum wage, 401k matching, paid maternity leave, and lower health insurance deductibles, and others.

“Over the past year, layoffs and the consolidation of store-level positions at Whole Foods Market have upset the livelihood of team members, stirred anxiety, and lowered morale within stores,” the email said.

Whole Foods was acquired by Amazon in 2017 in a $13.7 Bn deal that came as a big surprise to the ecommerce and brick-and-mortar retail industries.

Several changes have been made in the past year — Amazon Echos has become part of the inventory in some locations and Amazon lockers have shown up to facilitate Amazon.com pick-ups and returns.

Further, several hundred Whole Foods workers have been laid off after the acquisition as Amazon infuses “Whole Foods with its efficient, data-driven ethos,” according to a report by The Wall Street Journal.