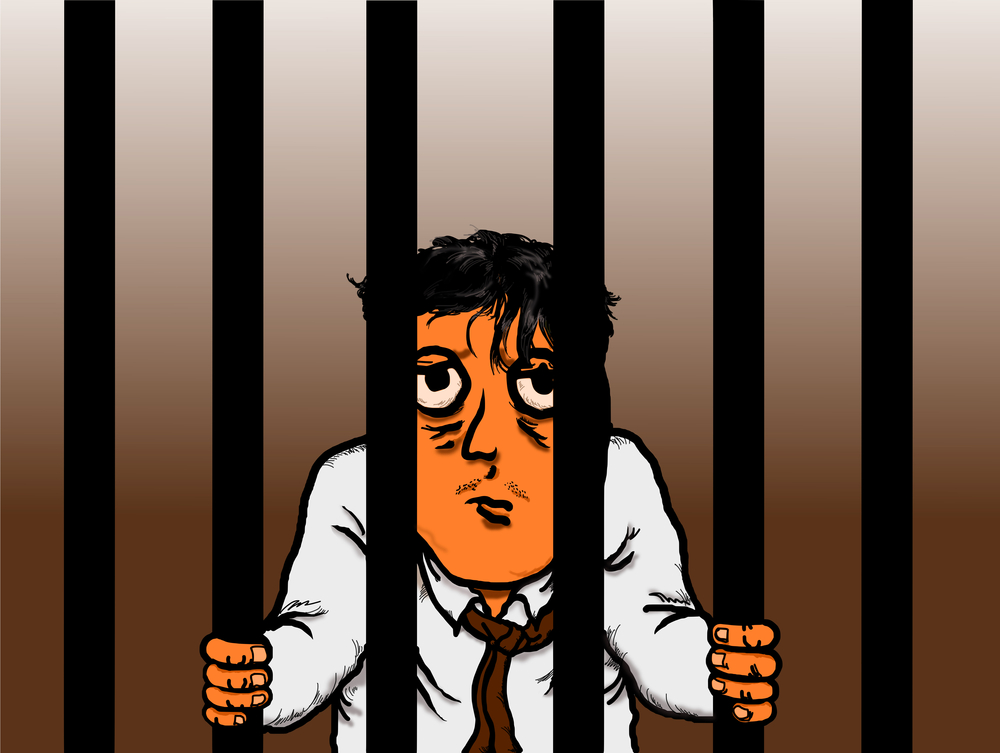 I just published “Help! I need everybody…” https://t.co/2ladYJoElW

The picture painted by the blog post, the news of the arrest and the alleged threats received by the founders of Stayzilla shook the entire Indian startup community today. The medium post which highlighted the threats and the issues faced by Yogendra Vasupal, his co-founders, including his wife Rupal Yogendra and Sanchit Singhi, has planted seeds of fears and put light on the decadent underbelly of India’s startup ecosystem.

The Medium blog post, which appeared in the early hours of today morning, appeared as a cry for help from a founder – who is helpless, tortured and without any support. The blog highlighted, how Stayzilla founders were threatened by its landlord, vendors for money and payback. From being threatened by henchmen to receiving voodoo dolls with one’s kids’ picture – all this speaks about the ugly side that the Stayzilla founders had faced ever since they decided to shutdown operations and go for a reboot.

“I have realised that while we all want India to Start-up and Stand-up, the regulatory framework + corruption does not let one pick up after they fall. Instead, it works overtime to bury them,” he wrote.

In the blogpost, he described two such incidents where they had allegedly faced the wrath of India’s corrupt and archaic systems.

The first incident was that of their landlord who turns out, was apparently a local politician as well and had verbally threatened murder as the company wanted to vacate the premises (for which Audio clips and CCTV footage of the incident was shared). The second was that of a media agency (Jigsaw) with whom the company had an alleged dispute over non-payment and for deficiency of services.

Jigsaw had lodged a complaint at the Mylapore police station against both Vasupal and Singhi, accusing them of fraud. Stayzilla founder Yogendra Vasupal was arrested on Tuesday by local authorities in Chennai on charges of defrauding the advertising agency.

You can read more about the two incidents from our coverage of this from earlier today here.

Vasupal’s arrest prompted a number of prominent entrepreneurs and investors to step forward calling for his immediate release and terming the arrest unconstitutional. The Twitterati questioned the TOI’s reporting of the story which according to them was published the story under influence of an ex-employee, Aditya CS, the proprietor of Jig Saw Solution and Advertising.

Jigsaw’s Aditya Retaliates Back At Stayzilla With Serious Accusations

While the arrest sparked outrage across India’s startup community, two reports from The News Minute & Mint emerged later in the day with serious accusations against Stayzilla and its founders.

Aditya CS, has claimed that Stayzilla founders are fraudulent and the company never conveyed any deficiency in services to them. The report also contained an audit confirmation letter by Insara Technologies, the parent company of Stayzilla, acknowledging a balance of INR 1,56,32,992 which was due to Jig Saw. 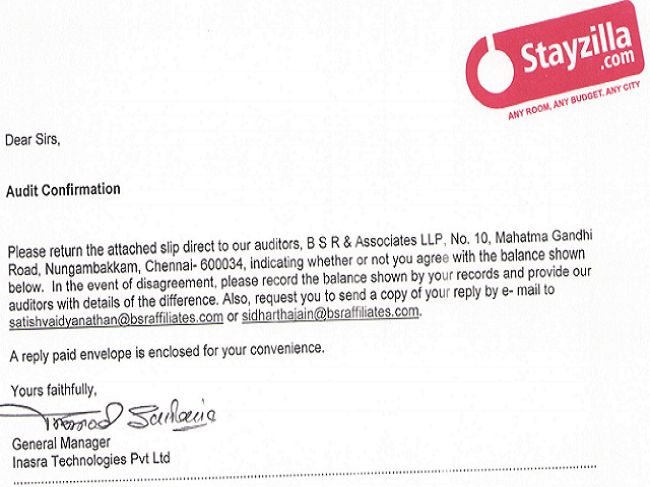 According to Aditya, their company never received any communication from the company about halting operations.

For the outdoor ad where they claim there is a dispute, they did not clear the bill because they did not have money. I took approval of the sites where I was going to put up the hoarding from Stayzilla. I also have proof of delivery submission. They never contested my delivery. I have sent them multiple statements, they have acknowledged my invoices. I also said that if is any dispute, it has to be communicated within 7 days of sending invoice. None of this has happened. This is a false claim.

The reports included emails sent by Stayzilla’s co-founder, Sachit Singhi, assuring Jigsaw that all dues would be cleared by the start-up. 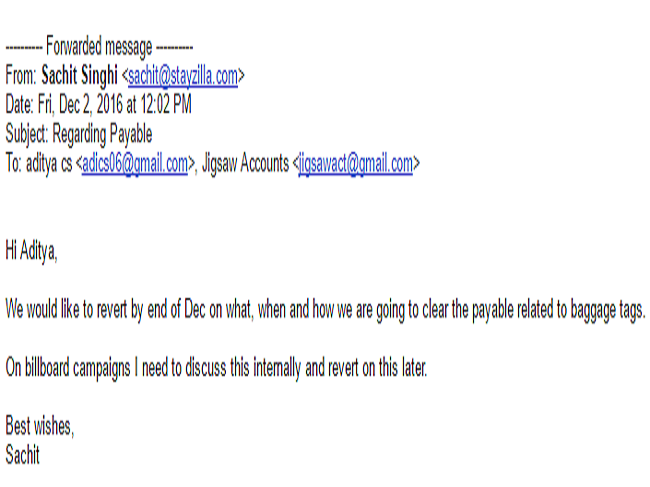 In an email to Mint, Jigsaw accused Stayzilla’s founders of committing fraud, including embezzlement of funds. “(We) have proof that these guys have siphoned money from the company accounts into their personal accounts (not Salary) and into accounts of their own family members who hold no position in the company,” said Jigsaw’s Aditya C.S.

Aditya also said, “These startups get funding, they spend carelessly, they live a hunky-dory life and keep our payments on hold, and then shut shop saying we don’t have money. People doing genuine business like us have to bear the brunt… I AM NOT SCARED of their tantrums, my case is genuine and will fight it in the courts and I trust the courts.”

He also claimed that, in December 2016, when he had asked Stayzilla regarding the dues, Sachit had criminally intimidated him and said that Aditya will face dire consequence if he continues demanding payment of the dues.

According to the reports, Aditya has filed a complaint with the Central Crime Branch in Chennai on March 8 and a FIR under IPC section 420 (fraud), 406 (criminal breach of trust) and 506 (criminal intimidation) on March 13. Speaking on the reason behind filing a case of intimidation instead of a Civil case, he said, “It is my lawyer’s prerogative to file a case with the Central Crime Branch. I cannot comment on that.”

While we couldn’t verify some of the facts published by The News Minute & Mint at the time of publishing this article, we have written to both Stayzilla and Aditya seeking responses.

In another development, we received a tip from one of our readers, who shared the following snapshot. The screenshot shows Jigsaw’s Aditya CS asking around on Facebook for Voodoo dolls. In case you missed this earlier, the Medium blogpost had shared pictures of a voodoo doll that his family had received along with a threatening message. 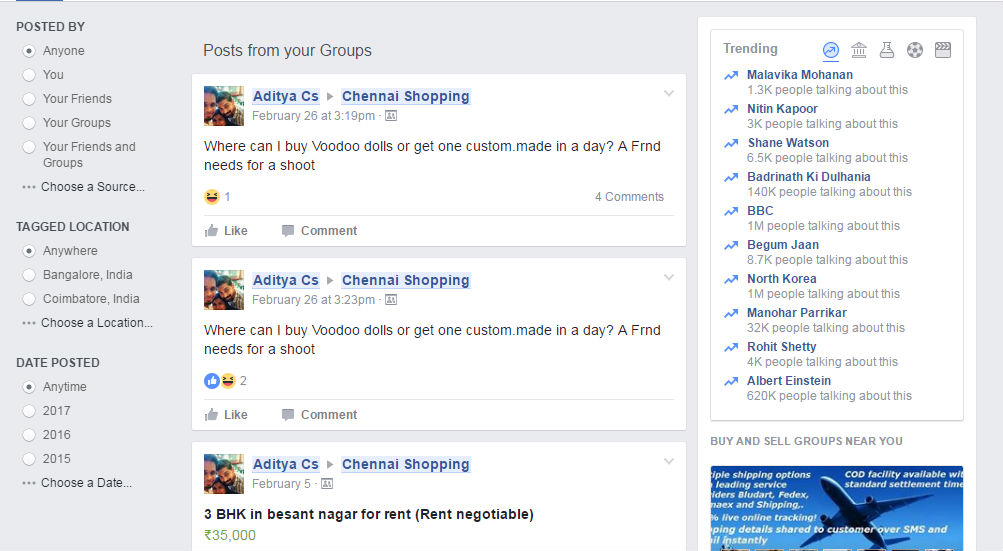 After the Medium blog post surfaced, the startup community – from ecosystem enablers to founders to startup media houses – took no time in coming forward in support of the founders

Not only the community itself, but even Priyank Kharge, Minister of State IT, BT & Tourism Govt of Karnataka also showed eagerness to help the founders.

Working to see how we can sort out @stayzilla issue with my counter part in Chennai. Will be reaching out to him soon.

Spoke to TN IT Pr Secretary Mr. Ramchandran on @stayzilla issue. Have asked his intervention on the merits of the case & do the needful.

#ReleaseYogiNow Release is not enough. Need to see justice here. Let’s push for a impartial investigation into the whole case! @stayzilla

@akm1410 @YogiVasupal @stayzilla Trying to get help from 3 diff people. Do you know which Dept or inspector has taken him

Its time put an end to this atrocities, Stayzilla team , you are not alone. @narendramodi #ReleaseYogiNow

Good folks on Twitter. Folks in Chennai. Can you help with this please? @YogiVasupal of @stayzilla and his family is under duress. pic.twitter.com/cbYJbi0TJy

Let the law take its course, but intimidation of #stayzilla founders crosses a line. It’s unhealthy for entrepreneurship in India. (1/2)

We stand together with entrepreneurs. @PMOIndia, #StartupIndia needs your support! (2/2)

Founded in 2005 by Yogendra with his wife Rupal and his friend Sachit Singhi as Inasra, and later rebranded to Stayzilla in 2010 – the platform acted as an Indian marketplace for homestays and alternate stays, it had around 55K stay options across 4,500 towns across the country. In a blog post in February earlier this year, Yogendra had announced his decision of suspending Stayzilla operations. He mentioned that they will be halting the operations of Stayzilla in its current form, and will look to reboot it with a different business model. Lack of local network effect, India’s key macro trends, high costs and low revenues were few of the reasons given by him for halting operations. The company had reported $14.2 Mn (INR 95 Cr.) in losses and $2 Mn (INR 13.8 Cr.) in revenues for the year ended March 31, 2016.

Post Yogi’s arrest, Stayzilla’s other co-founder Sachit, also wrote an email to its investors highlighting the issue and asking for support.

In an email response to Inc42, IAN said,

The Stayzilla episode where the founder has been summarily thrown into jail for what appears to be at best a civil matter has shocked the entire startup community. There are challenges in every business and startups have more than their fair share. It is imperative that the legal and regulatory framework supports and encourages new ventures to emerge and scale. Unlawful treatment in such situations will trigger a sense of fear in young minds and put the brakes on the Prime Minister’s Startup India dream. IAN believes that legal rights of every individual must be respected and the law must follow its proper course, unhindered and uninfluenced in any way.

This incident has raised a number of serious questions for StartupIndia and has given everyone a sneak behind the harsh realities of the otherwise glamorous world of the free flowing VC money and unicorns!

Is this the dark side of entrepreneurship that has been creeping up slowly over the past few years since the cool factor of the startup world exploded into the mainstream?

Did the founders really threaten Jigsaw and bailed on clearing dues after decided to shut shop?

What about the recorded call conversations shared by Yogendra about the threats from the vendor? While this might be an issue of non-payment, what about the life threats against the founders and their families?

While Jigsaw might have been keen on getting their payment, but what about the way founders have been tortured by the vendor and India’s legal system?

Can anyone just arm twist India’s justice system to suit their needs? Why is it still so hard for a company to shut shop in India in the 21st century?

Both sides have hurled a number of serious allegations against each other and both equally shocking. Only time and a thorough investigation will now tell which of these accusations were true and which were a farce!