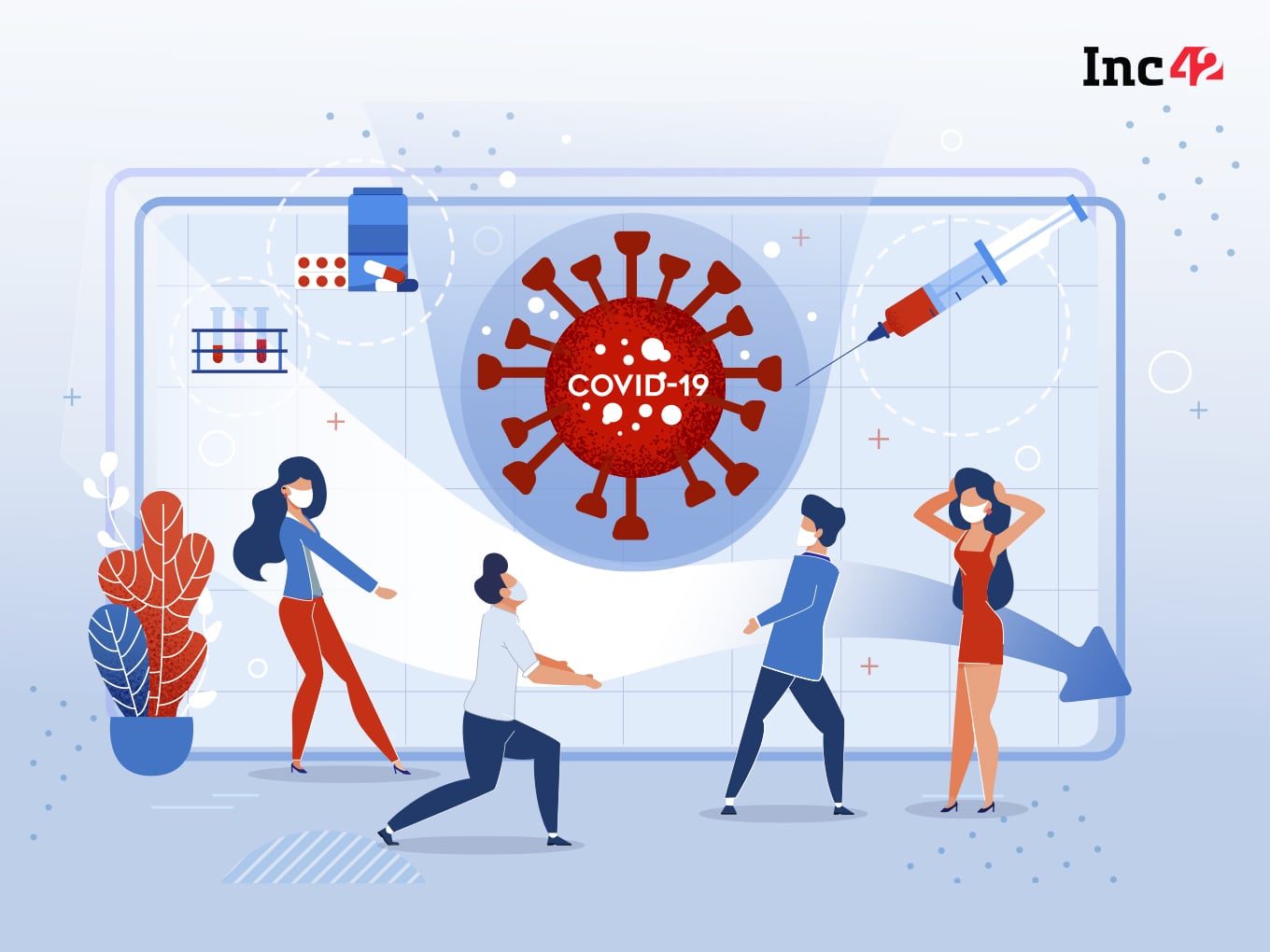 Alok Mittal, cofounder and CEO of Indifi, spoke about startups coming together to back new ideas in the latest Inc42’s ‘Ask Me Anything’ session

Innovation, as they say, is a risky business, but India’s startups have been at it for many decades. Today, when times are challenging for businesses, tech businesses are still up and running, helping Indians cope with the crisis outside their doors. Only this time they are in it together and for one common cause — flattening the curve.

What started as a phone conversation between Udhyam founder Mekin Maheshwari and Indifi’s cofounder and CEO Alok Mittal, is today a community initiative called ‘StartupsVsCovid-19’, led by startup founders and investors.

From a founding group of four in mid-March, it has grown to more than 1000 people today. On the eighth edition of our ‘Ask Me Anything’ series with Inc42 cofounder and CEO Vaibhav Vardhan, Mittal touched upon various aspects of startup innovations and how they can help tackle the crisis.

“Can we be of service in facing the Covid-19 crisis, capturing some of the skill sets that are germane to startups? You know, problem solving, agility, technology thinking. And can we make those available to different people, policy owners and citizens at large? And I think that thesis resonated in the minds of a lot of startup folks,” Mittal recalled.

The core idea behind the group, which grew organically and multiplied to so many people, is the willingness to serve in these times and looking at innovative ways to do it. The Indifi founder calls this a testament of what the startup community in India really is.

“Startup community obviously wants to create wealth for themselves, for their companies, for their investors, but equally responsible, participants in a crisis like this, and with a very service-oriented mindset. We don’t claim that we are leading anything there. But we are, you know, humbled by the prospect of being able to use some of the skills that we have developed,” he said, talking about how if somebody is really passionate about something that should be under that whole umbrella group.

He also shared a recent experience to elaborate further. After the ministry of health and welfare endorsed homemade masks, some of the group members got together and started chalking out plans to communicate that aggressively. The group, he said, launched a campaign under the brand of Apna Desh, Apna Mask. “Only on Twitter to start with. And within the next 36 hours, purely organically zero money spent, we went, we caught a reach of 3 Mn people on Twitter. And more than 80 Mn views,” he said.

The Action Covid-19 Team aims to identify innovative ideas that have inherent scalability and capital efficiency qualities, and provides them with funding in the form of grants. Talking about how early-stage investors have this framework of picking an idea and supporting it with small amount of resources, he said, “Just how investors enable it through mentoring, connections and sharing things like whether it will work and if it does how to scale that up, the ACT does that.”

And if it works, then the plan is to double down and invest more money behind this. “So as of now, I believe the ACT grants have now supported more than half a dozen ideas, in different areas,” he noted.

He also shared a recent anecdote of how two companies that were otherwise producing other textile garments is now mass producing masks. They are now, he said, promising to put all the capacity to produce masks, because that’s what India needs.

The Indifi founder also threw light on how all the data science talent in the country can come up with far better outcomes as far as analytics is concerned. “But unfortunately, with the level of data that is publicly available on the disease is limited to you know, how many cases existed. Some entrepreneurs have put together some databases that are more granular. That kind of data allows us or anyone to come with better recommendations for the policymakers”

He added that to him it is not private vs government and it is just that if 15 people are thinking of similar problems in different ways, the net quality of outcome can be better than if it is centralised. “I think innovation should happen in multiple pockets,” he noted.