Average order value on Dunzo has increased amid lockdown

Dunzo is looking to start using drones for facilitating deliveries 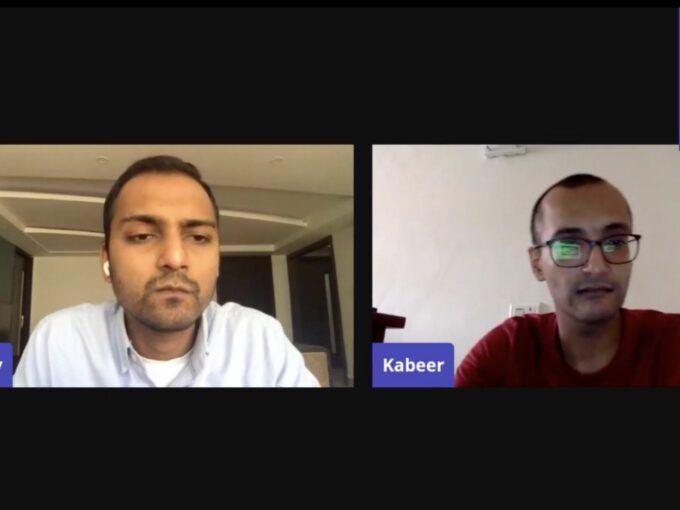 “One of our riders got a salute from a user for delivering essentials,” Dunzo founder Kabeer Biswas proudly told Inc42’s founder Vaibhav Vardhan in one of the ‘Ask Me Anything’ sessions.

Indeed, hyperlocal delivery platforms like Dunzo have become the lifeline of millions of users living in metropolitan cities in the lockdown. People who were already familiar with Dunzo are now ordering more through the app, while many are discovering the convenience it provides for the first time and become repeat users.

According to Biswas, Dunzo is becoming the ‘pipeline of the city’. The platform, which usually provides courier and hyperlocal delivery services during the lockdown, has stepped up its grocery game in recent months and onboarded more shops as the lockdown as progressed. This is helping Dunzo not only increase revenue but also create a loyal user base. The supply shock of the early days of the lockdown allowed Dunzo to rewrite unit economics and Biswas recalls his team pulling this off in a week or so.

How Dunzo Is Making More During Lockdown

In the wake of the lockdown, people who have not able to find a lot of essential items in nearby stores are left with no option but to order it online from shops a little far away or through grocery delivery apps. But since grocery delivery had been erratic at best, many consumers chose to order from shops in their vicinity or a little further away through Dunzo. This led to an increase in the average distance covered by a Dunzo delivery partner and consequently the total delivery fees which Dunzo charged, thereby increasing its revenue per order.

Biswas noted that consumers ordering products from various categories also helped Dunzo increase margins on deliveries. While earlier people used to order one or two items from Dunzo, the behaviour changed during the lockdown as orders grew in size and frequency. Some categories that saw a higher number of orders on Dunzo included groceries, fruits, medicines, and pet supplies.

Biswas said that orders like baby diapers and pet supplies are already profitable even if they are delivered for free. Moreover, the average order value has also increased. “Previously, an average order value stood at INR INR 220. This has now increased to INR 480. In short, people are shopping for more categories faster,” Biswas added.

Biswas expects that the order size will come down after the lockdown, but he is hopeful that people will continue ordering from newer categories where habits have been developed during the lockdown. He said that it might even help Dunzo turn profitable soon.

Another factor that is helping Dunzo earn more amid the lockdown is deserted roads. Biswas said that riders are now able to do more deliveries per hour. “Overall, this is helping the riders to earn more as well,” he added.

While the pandemic has brought in an economic slowdown, Biswas believes that Dunzo will hardly face the impact as it operates primarily in cities, where the audience is mostly financially secured.

“The top 20-25 Mn people are not going to get affected much. Most of them are still making money. The bottom 700-800 Mn are going to suffer from the crisis,” Biswas.

The fact is quite evident from the average number of orders on Dunzo. Biswas said that an average user was transacting around 2.2 times a week earlier, which has now spiked to 2.8. “Top 10% of users are transacting over 20 times a month,” he added.

In the past, several reports surfaced that Dunzo is planning to launch drones for its day-to-day operations. During the interaction with Inc42, Biswas cleared the air around drones.

He said drones are not going to be the part of hyperlocal delivery and blamed the poor infrastructure of Indian residential areas. “Drones cannot deliver in apartments, narrow streets, and other types of buildings which are there in India. We’ll still need a two-wheeler and a human on two legs to deliver the orders,” Biswas added.

Biswas explained that the drones will be used for transferring products from one hub to another within a city. “For example, if someone wants a product from Noida to Delhi, then it can be delivered within 40 minutes via drone and rider instead of 90 minutes taken by the delivery-partner,” he added.

As of now, Dunzo is in talks with the directorate general of civil aviation on how it can facilitate the shipment of orders via drones. Biswas is hopeful that Dunzo will get the requisite approvals soon to carry out drone delivery.