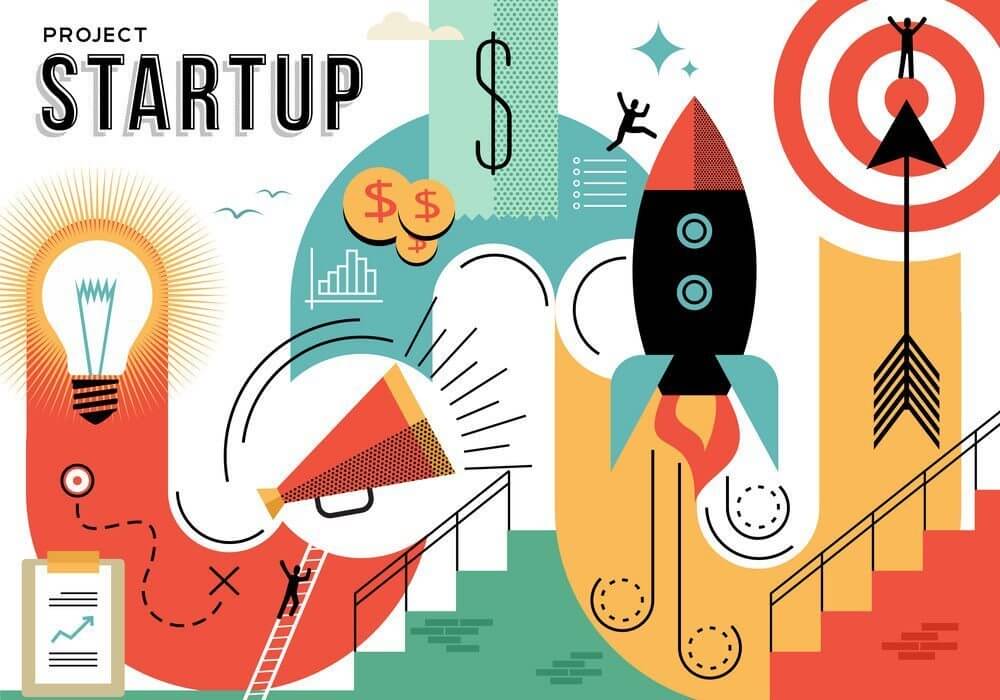 Having revised the GST rates and likely to remove 28% slab soon, the Govt. of India is now considering to extend tax boost to angel investors, after Mohandas Pai raised the issue of Angel tax again.

In the recognised startups’ list recently released by the DIPP, Maharashtra has emerged as the chart blockbuster state for startups with a whopping number of 1,019 startups and Karnataka, scoring as many as 853 startups, has been slotted the number two position.

The startup numbers in each state also reflect the state’s mood or approach towards the startups, states like Odisha have done fairly well with extending recognition to more than 100 startups. Goa recently got the cabinet nod for the land transfer to startup projects and soon corporates will be able to pay off to startup incubators under the CSR policy.

Let’s take a look at the recent developments pertaining to the startup policies!

After Angel Investor Mohandas Pai raised the Angel Tax dilemma and the harassments done by the Income Tax officials to startups, the DIPP has now asked SEBI to review the rules.

The issue has now been taken up with the finance ministry, amid indications that the concerns may be addressed in the Budget at a time when the government is keen to revive investments in the economy and spur job creation, according to a TOI report.

While the early-stage funding has gone up, the angel funding of startups has plunged by 53% in the last one year.

Speaking to Inc42, Amar Gahlot, a Consultant of direct taxes at Lakshmikumaran & Sridharan explained, “Suppose the value of a startup-share evaluated by an independent chartered accountant is $100. Now, if a person X is given these shares at $80/share, then according to the section 56 (II) since the transactions have not been done at arm’s length, $20 will be taken as income of the investor X and he will be liable to pay the tax on the same. Simultaneously, if the startup whose shares are valued at $100 receives $130 for the same from another investor Y, $30 is brought to tax at the hands of the company.”

“In both these cases, the major issue is about the valuation of the startup or company. There are three stakeholders; the startups, investors and the tax department. Investors who are ready to pay surplus values are equally part of this game,” added Amar.

In 2015, amid growing protests from Indian startups, entrepreneurs and investors, the centre proposed an amendment to exempt angel tax on investments not exceeding $1.56 Mn
(INR 10 Cr). In 2016, the Central Board of Direct Taxes (CBDT) issued circulars to exempt startups from angel taxes, even if the funding raised by a startup was in excess of the fair market value.

On paper, though the reforms looked decent, most of the startups still had to pay angel taxes owing to the centre’s limited understanding and definition of startups. To be recognised as a startup as per the government narrative, a company must fulfil certain ‘bizarre’ criteria. For instance, it must not be more than seven years old (previously the criteria was five years old) and must have an annual turnover that does not exceed $3.9 Mn (INR 25 Cr). This seems somewhat unreasonable because the journey and funding of a startup hugely dependent upon the horizontal or verticals it deals with.

For a B2B startup, with 2-3 clients, the turnover might very well shoot up to $3.9 Mn. However, this does not bring stability or liquidity to the startup as it demands bigger investments at higher risks. The CBDT notice also marks that in order to qualify for angel tax exemption, a startup must be recognised as an innovative startup by the inter-ministerial board of certification.

Co-founder of Moneylife magazine, Sucheta Dalal has seconded Mohandas Pai saying, “So what else is new? This is happening to those who have raised just $156.2K (INR 1 Cr) too. Forget about 100s of crores. That is exactly what we ‘malcontents’ have been pointing to anyone who would listen. Did nothing.”

The UP state cabinet has finally green signalled the State IT and Startup Policy 2017-2022, ahead of the UP Investors Summit scheduled on February 21 and 22. According to the policy page, the Uttar Pradesh Startup Policy will give thrust to ‘START IN UP’, to nurture startup culture using INFUSE model (INcubators – FUnd of Funds – Startup Entrepreneurs). Various incentives shall be provided by the Government to incubators, startups and investors funding UP-based startups.

Briefing the media, Energy Minister Shrikant Sharma stated that incentives in accordance with the provisions of Uttar Pradesh Industrial Development and Employment Promotion Policy would be provided for setting up new MSMEs and startups. The new policy will also help provide startups necessary lands at cheaper rates. The policy provides for setting up of industrial parks and estates of over 20 acres.

Recognised startups shall be provided sustenance allowance of $236.09 (INR 15,000) per month for a period of one year at the idea stage. At the pilot stage, startups shall be provided marketing or commercialisation assistance of upto $20K (INR 10 Lakhs) to launch its prototype product and services in the market at the Pilot stage. The cost of filing and prosecution of the patent application will be reimbursed to the incubated startup companies subject to a limit of $3147.87 (INR 2 lakh) per Indian patent awarded and $15739.36 (INR 10 lakh) per Foreign awarded patents.

The government will also play an active role in setting up incubation programmes and Centre of Excellence, essential pillars of the startup ecosystem, says the policy.

Punjab Chief Minister Amarinder Singh had recently approved the establishment of Punjab Startup Hub in order to effectively implement the state’s industrial policy. During the first meeting of the Punjab Industrial and Business Development Board (PIDB), he announced numerous plans for Punjab-based startups.

Under the Startup Hub initiative, the state government has proposed a state-of-the-art incubation centre at Mohali, which will cater to startups based on hardware, manufacturing and related startups. Amarinder Singh also urged the Department of Industries and Commerce to explore possibilities of setting up a special purpose vehicle at Jalandhar under the mega leather cluster scheme of the central government.

Amidst the rapid industrial development, a lot of people in the state have been affected due to eviction from panchayat lands. To that end, a high-level committee would be set up to rehabilitate these people.

Singh also recently announced that the government has formulated the ‘Punjab Startup and Entrepreneurship Development Policy 2017’ through which it supports women startuppers and entrepreneurs in the state to come forward and start their own ventures. With the recently unveiled plan of Punjab Startup Hub, startups based in Punjab are set to benefit from an array of initiatives under this hub.

In a major policy development this month, the Department of Industrial Policy and Promotion (DIPP) has asked the Ministry of Corporate Affairs (MCA) to tweak the CSR norms in order to help incubators get benefits from Corporate industry’s CSR funds.

Speaking at the Indian Private Equity and Venture Capital Association’s (IVCA) power meet with Preqin, a data provider on alternative assets, Ramesh Abhishek, DIPP Secretary informed,  “We have suggested that CSR guidelines should not have stipulations around the location of the incubators. So long as it is an incubator supported by the government, any corporate spend on such incubators should be counted for CSR no matter where the incubator is located.”

Abhishek further added that the current CSR guidelines stipulate that only incubators located in government institutions would be eligible for the CSR. The Indian startup ecosystem needs to move away from this location aspect. Also, all the incubators should be eligible and not only tech-based one, reported the Business Line.

The DIPP will soon rank states based on their support to the startup ecosystem. Abhishek assessed that compared to a few years back when only four states had their own startup policies, 18 states have currently a startup policy in place. He also informed that a credit guarantee scheme for startups is being developed and will soon be sent to the union cabinet for their nod. The scheme will guarantee startups a debt of $315K (INR 2 Cr).

The Goa State government has finally approved 12,000 sqm state land for creating a startup-related ecosystem in the state. The land that earlier belonged to the Directorate of skill development and entrepreneurship will now be transferred to the department of information technology.

Goa is currently home to 19 startups. With this initiative, the state also aims to be featured among the top 25 startup destinations in Asia by 2025. According to the TOI report, two plots admeasuring 4,073 sqm and 8,382 sqm at Porvorim, currently in the possession of the Directorate of skill development and entrepreneurship, have been transferred by the government.

Goa ‘s IT minister Rohan Khaunte has recently proposed a new state startup policy to encourage startups, incubators and investors in the state.

In other news, after the US District Court for the District of Columbia has ruled in favour of NVCA (National Venture Capital Association), the US Citizenship and Immigration Services (USCIS) has announced its plans to implement the International Entrepreneur Rule (IER), in accordance with a recent court decision.

With this, entrepreneurs born outside the US can apply for ‘Startup Visa’ to set up a new venture in the US, a policy that was earlier launched by the Obama Administration.

That’s all for the Policy This Month. Stay tuned to Inc42 for more updates on startup policies!