Agnikul’s $11 Mn Series A round was led by Mayfield India, and is the single largest funding round closed by a private Indian spacetech player

It test-fired the world’s first 3D printed rocket engine in February, which will help it cut cost and time for satellite launch 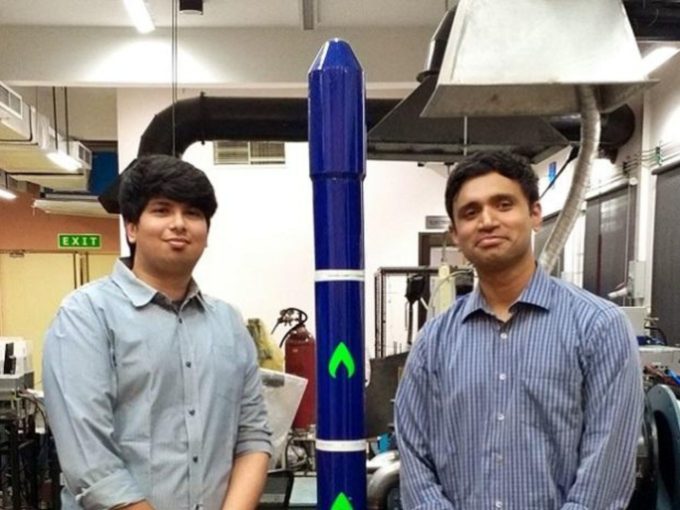 Indian spacetech sector has come a long way, all thanks to the Indian Space Research Organisation (ISRO) that has added many feathers to its cap over the years. Now it’s time for startups to leave their mark on the spacetech domain, as the sector welcomes private players. Chennai-based Agnikul is one such startup looking to disrupt the segment by making space more accessible and affordable with its first private satellite launch vehicle named Agnibaan, which will complete its work mission sometime next year. To make this dream turn into reality, Indian spacetech startup Agnikul has raised $11 Mn in its Series A funding round led by Mayfield India.

Existing investors pi Ventures, Speciale Invest and Artha Venture Fund also invested in this round, along with BEENEEXT, Globevestor, LionRock Capital and prominent angel investors such as  Anand Mahindra, Naval Ravikant, Balaji Srinivasan, Nithin Kamath, Abhishek Singhania, Aarthi Ramamurthy and Sriram Krishnan, Anicut Angel Fund, LetsVenture among others. As a part of the round, Mayfield India’s managing partner Vikram Godse will be joining the board of the company.

Notably, this is the single largest funding round closed by a private Indian spacetech player.

The startup will be using the latest fundraise towards strengthening and building technology infrastructure, expand ground testing and team building.

Founded in 2017 by Srinath Ravichandran and Moin SPM, Agnikul is also the first startup to sign an agreement with ISRO, under the newly announced IN-SPACe initiative, to have access to the space agency’s expertise and its facilities to build Agnibaan. Agnibaan is a rocket that enables plug-and-play configuration and is capable of carrying up to 100 kg of payload to low earth orbits. This on-demand rocket can be fully customised to meet the customer’s needs at an affordable cost. The rocket has been developed in-house by Agnikul’s diverse team of rocket scientists and engineers.

Earlier this year, Agnikul successfully test-fired the world’s first 3D printed rocket engine named Agnilett, which was completely 3D printed in one run as a single component. The company’s founder and COO Moin SPM highlighted that while traditional rocket engines take about six months to complete, Agnilett can be manufactured in three-four days, which gives it an operational and cost advantage over traditional rocket engine systems. It claims to be the only company in the world that has designed a semi-cryo rocket that can be built fully using 3D printing technology.

Since the engine is fully 3D-printed, the manufacturing complexity associated with traditional rocket engines is moved to the design in their case, making it an easier and cheaper fabrication process that will be able to deliver launch vehicles within a few weeks, Srinath said.

“Ideally, the time and the cost of design research and development is also reduced, because you don’t need to spend a lot of investment on creating conventional manufacturing molds. Anything that reduces your time, effort and cost is obviously good on the operation side,” Moin added.

Agnikul Readies To Take The Next Step For Its Rocket Launch

Agnikul will also deploy a part of the funding to strengthen and build robust technology infrastructure, expand ground testing and expand its team of 80 employees. Srinath added that the IIT Madras-incubated startup will be hiring across all vertices, in order to increase its strength.

“A lot of the R&D (research and development) core design phase has already been done with the money we have raised so far, now it will be really about getting ready for flying. So qualification and documentation will be our next focus, which is actually a tougher part of going to space,” Srinath said.

The company is operating out of the National Centre for Combustion Research at IIT Madras and is developing a satellite launch vehicle for a payload capacity of up to 100 Kg. The vehicle is configurable and can support a payload range of 30-100 Kg without impacting the commercial aspects of the missions.

The company will be catering to any companies that have the capability of manufacturing satellites with a payload capability of 3-300 kgs. The company claims that it probably has the cheapest vehicle in the world, and has an added benefit of reduced time.

Talking about Agnikul’s revenue model, CEO Srinath explained, “If you strip down a rocket company to its basics, it is a transportation business as they called it space transportation. So, the metric that works in the industry is what you call price per kg that you take to space. If you want to take a 100 Kg to space, you pay $XX to the rocket company that will ship it. That is how our revenue model will work as well, it will be based on how much satellite mass we take to space and charge a customer based on a metric like $XX per Kg.”

According to a media report, the company was valued at $35 Mn for this latest round. Prior to this, the company had raised about $14.5 Mn (INR 106 Cr) to date, with $3.1 Mn (INR 23 Cr) coming in from its Pre-Series A round led by pi Ventures with participation from Hari Kumar (LionRock Capital), Artha Ventures, LetsVenture, Globevestor, CIIE and existing investor Speciale Invest.

Other major startups operating in the spacetech segment are Bengaluru-based Pixxel that has joined hand with NewSpace India Limited (NSIL), the commercial arm of ISRO; Hyderabad- based Skyroot Aerospace, which is building technologies for responsive, reliable and economic access to space; Indian Institute of Science (IISC)-incubated Bellatrix Aerospace that claims to specialise in electronic propulsions systems, rocket engines and launch vehicles, and  Kawa Space, whose earth observation satellites are used by customers in financial services, government departments, strategic risk management and agriculture.