SoftBank Looks To Create The Next Indian Unicorn, May Bet $200 Mn On Logistics Startup Rivigo

SoftBank Looks To Create The Next Indian Unicorn, May Bet $200 Mn On Logistics Startup Rivigo 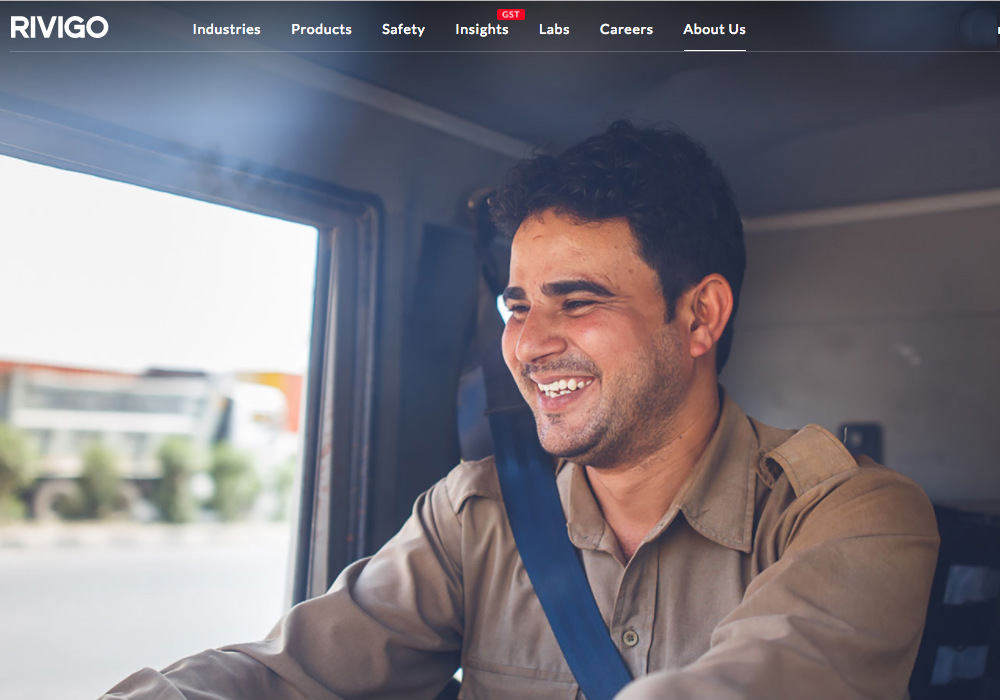 Only a week after it poured a staggering $2.5 Bn into ecommerce company Flipkart, Softbank is looking to infuse $200 Mn in Gurugram-based logistics startup Rivigo, state multiple sources. According to a source privy to the matter, the investment is likely to take Rivigo’s valuation to about $1 Bn, crowning it a Unicorn.

As per a recent report, another person close to the development stated that SoftBank was planning to pump about $200-$400 Mn in the Gurugram-based logistics company.

This is SoftBank’s third-biggest bet in an Indian startup. Before funding Unicorn Flipkart in April 2017, the Masayoshi Son-led telecom and Internet conglomerate invested $1.4 Bn in another Unicorn, Paytm.

The startup introduced a “relay” operating model which reduces the transit time of trucks by 50-70% compared to other truck operators. Rivigo leverages data, technology and IoT extensively to solve challenges in logistics. The startup offers a wide range of solutions including full truckload, part-truckload and cold chain to clients across major industry verticals such as ecommerce, FMCG, automotive, retail and pharmaceuticals. The company in March 2017 said that it owns and operates over 2100 trucks and has a pan India network across 150 locations.

Till date, Rivigo has raised close to $125 Mn funding in equity and debt finance. The startup received about $75 Mn from an affiliate of Warburg Pincus, a global private equity firm focussed on growth investing in November 2016. Later in March 2017, it raised about $15 Mn (INR 100 Cr) debt finance from undisclosed private sector lending banks. Other investors of Rivigo include Trifecta Capital and SAIF Partners.

The startup is working on new products to disrupt the logistics space. One such project is called ‘Apollo.’ At the time of the fundraising, Deepak said that the company was betting on Apollo to automate its entire trucking operations, with no manual intervention. Another product that the company is working on – will factor in vehicle continuum data, driver data and sales forecasts to reduce inefficiencies by predicting quicker turnaround times.

As per Inc42 data labs, during the first half of 2017, logistics took the fourth spot in the sectors that raised a total of $271 Mn. The report further states that 78 deals took place in the logistics sector and raised over $770 Mn funding between 2015-2017.

Earlier this month, the co-founder of ecommerce venture Yebhi.com Manmohan Agarwal unveiled his new venture, logistics app Truxapp. Truxapp was in stealth mode for two years and has managed to become a well-established name within the Indian tech-logistics industry.

SoftBank has been looking to capitalise on its Indian bets for long. Out of its total $6 Bn investment in the Indian startup ecosystem, its initial investment in Snapdeal and Housing, amongst others, did not yield a suitable return. Through its $100 Bn Vision Fund, the Japanese conglomerate is now looking to place selective bets on startups that have proven their model. InMobi, Paytm, Hike, Snapdeal, Ola and Flipkart. Most of the bets made by SoftBank have eventually turned Unicorn. So far it has not placed a bet in Indian logistics. With this investment in Rivigo, SoftBank will be looking to push a logistics startup into the Unicorn club.

InMobi, Paytm, Hike, Snapdeal, Ola and Flipkart. Most of the bets made by SoftBank have eventually turned Unicorn. So far it has not placed a bet in Indian logistics. With this investment in Rivigo, SoftBank will be looking to push a logistics startup into the Unicorn club.