Smartphone Growth In India Slips To 7% In 2019, May Revive This Year

Smartphone Growth In India Slips To 7% In 2019, May Revive This Year

The industry showed a meagre 7% growth annually in 2019, says research 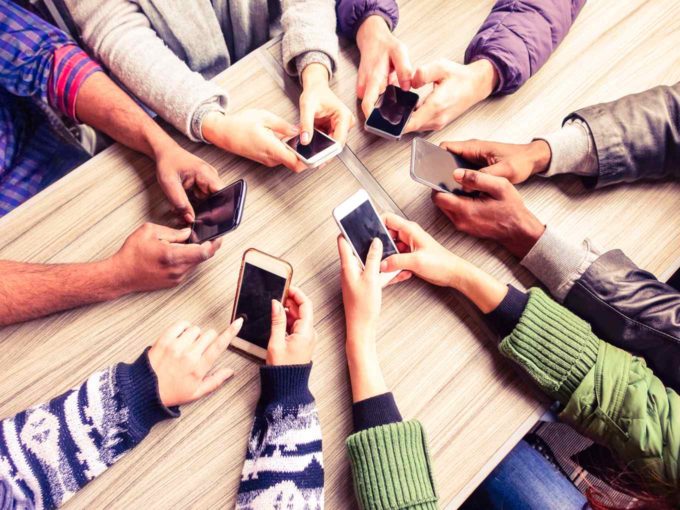 The availability of good smartphone devices has led to slow growth in the Indian smartphone industry. In 2019, the industry showed a meagre 7% growth annually.

The year 2016 also saw similar low numbers in the smartphone industry because of demonetisation. In 2017, the market grew at a rapid 13%. However, according to Counterpoint Research, the number declined swiftly to 10% in 2018 and to 7% in 2019.

“Due to availability of better performance devices, the smartphone market in India has matured, with people holding on to their devices for longer periods. This is the primary reason for slow growth,” Karan Chauhan, an analyst at Counterpoint Market Research told ET.

The research company expects the numbers to change soon. The growth rate will revive to a double-digit number (more than 10%) in the year 2020 because of the ongoing transition from feature phones to smartphones and progressive diffusion of key features to entry-level price tier as well as a result of hyper-competition among multiple players, said the firm.

Chinese brands have been cashing in on India’s growing smartphone market. After creating a market for themselves, these brands are planning to further strengthen their IoT and accessories business.

While BBK Electronics’ brands including Realme and OnePlus are planning to increase their focus on accessories, their sister company Vivo is also set to enter the segment next year. Xiaomi has been building its accessories and Internet of Things (IoT) ecosystem business along with its handsets and smart TV products, with the launch of smart cameras, weighing scales, air purifiers and other such devices

“Although the rate of growth for smartphone market hit single digit for the first time ever on an annual basis, India is underpenetrated relative to many other markets with 4G penetration in terms of subscribers being around 55%,” Tarun Pathak, Associate Director, Counterpoint Market Research told ET.

According to the report, Apple was one of the fastest-growing brands in the last quarter of 2019 driven by multiple price cuts on its XR device. Due to aggressive pricing and channel strategy, Apple gained share during the festive season in India, the report said.

The report by International Data Corporation (IDC) also said that in the premium segment of smartphones, Apple still dominates with a market share of 51.3% in 2019 Q3, due to affordability and price drops on older models of iPhone like the iPhone XR, iPhone 8 and iPhone 7 (128GB), alongside newly launched models such as iPhone 11 series smartphones.