The Indian government, on Tuesday, reiterated its stance that it doesn’t consider crypto assets as legal tender and will take all measures to eliminate their use in financing illegitimate activities

The statement, given by Minister of State for Finance Anurag Thakur, is a copy-paste of a statement made by former finance minister Arun Jaitely in 2018 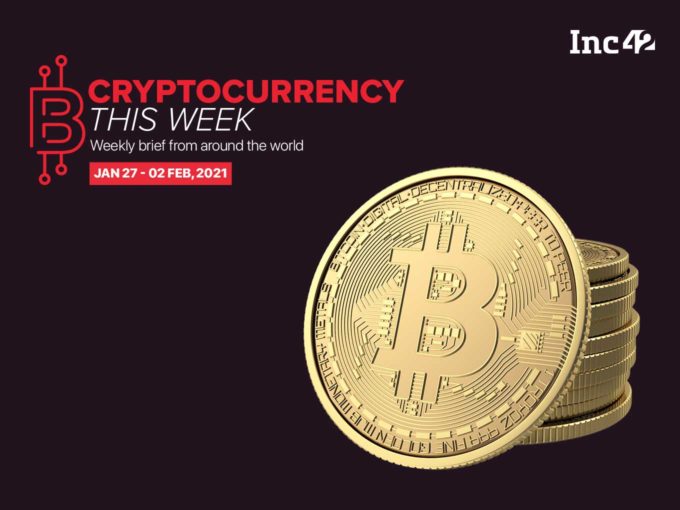 India’s Minister of State for Finance and Corporate Affairs, Anurag Thakur, on Tuesday, reiterated the Indian government’s 2018 stance that it doesn’t consider crypto assets as legal tender and will take all measures to eliminate the use of these crypto-assets in financing illegitimate activities or as part of the payment system. The government will explore the use of the blockchain technology proactively for ushering in a digital economy.

The minister’s statement came in response to a question asked by Shiv Sena Member of Parliament (MP) Sanjay Raut in the Rajya Sabha, the upper house of Indian parliament. Raut had asked whether the Indian government was aware that many business companies had used cryptocurrency for international transactions during the last year, and whether the government was considering the possibility of introducing India’s own cryptocurrency.

Nischal Shetty, CEO of Mumbai-based crypto exchange WazirX, took Anurag Thakur’s statement as a positive sign. On Twitter, Shetty wrote, “This clears more confusion that there won’t be a complete ban on crypto.”

But as pointed above, Thakur’s statement is unchanged from the government’s earlier stance on cryptocurrencies or crypto-assets, something mentioned in the minister’s response as well.

An identical statement was made by former FM Arun Jaitley during his 2018-19 budget speech. As many would recall, that budget was followed by the Reserve Bank of India (RBI) barring banks from providing financial services to crypto companies, effectively putting innovation in the sector in a deep freeze for close to two years, until March last year when the Supreme Court quashed the RBI circular.

Now, the Cryptocurrency and Regulation of Official Digital Currency Bill, 2021 is set to be tabled in Parliament during the ongoing budget session.

A brief synopsis of the bill, listed in the Lok Sabha bulletin on January 29 reads: “To create a facilitative framework for the creation of the official digital currency to be issued by the Reserve Bank of India. The bill also seeks to prohibit all private cryptocurrencies in India, however, it allows for certain exceptions to promote the underlying technology of cryptocurrency and its uses.”

Earlier that week, RBI, in its booklet on payment and settlement systems in India, had stated that while private digital currencies/ virtual currencies/ cryptocurrencies have grown in popularity in recent years, regulators have been sceptical about these currencies and apprehensive about the associated risks.

“RBI is exploring the possibility of whether there is a need for a digital version of fiat currency and in case there is, then how to operationalise it,” read the brief passage on crypto in the booklet. As can be surmised from the booklet, RBI’s stance on crypto isn’t very well-formed, and mostly talks about the need to examine the need and the possibility of a central bank monitored digital currency, or Central Bank Digital Currency (CBDC).

Sumit Gupta, CEO of Mumbai-based crypto exchange CoinDCX disclosed in a recent Twitter thread that between April 2018 and March 2020, when there was a banking ban on crypto in India, in an official communication, RBI had deemed Bitcoin as a private cryptocurrency, which is the wrong classification.

“Globally, cryptocurrencies such as Bitcoin and Ethereum are considered public cryptocurrencies because of their open and public nature, where any participants can verify the transactions,” Gupta said.

As mentioned above, the recent crypto bill awaiting clearance in Parliament during the budget session also talks about banning private cryptocurrencies. So is the government going by RBI’s earlier classification, or has it amended the same? It remains to be seen.

“Few parliamentarians like Milind Deora from Congress have voiced concerns about banning cryptocurrencies. The bill should be referred to a standing committee for further deliberations. There’s a need to discuss in details “the exceptions” and build a narrative around regulating cryptocurrencies against an outright ban,” said Sharat Chandra, blockchain tech evangelist and startup mentor.

Neeraj Khandelwal, cofounder of CoinDCX has previously told Inc42 that much of the conversations between Indian crypto stakeholders and the government have happened unofficially and informally. Yet, in the face of intermittent speculations all through last year about the government looking to ban crypto, stakeholders had expressed optimism that the government will gather the views of the industry before arriving at a major decision. Perhaps, the bill being referred to a standing committee would be the best bet for the Indian crypto ecosystem to wake up the government about the potential of the emerging technology in India.

According to Crebaco Global Inc, a credit rating and audit firm for the crypto and blockchain industry, crypto in India has an immediate potential market size of $12.9 Bn, if the sector is regulated.

After talking to several crypto stakeholders, Inc42 attempted to break down what the new crypto bill could mean for the future of crypto in India. Read the full story here.

You can read the full report here.