ShopX and Omnipresent has developed a drone delivery system called ‘AirTrain,’ which claims to deliver goods in 30-60 minutes

The duo said that their drone would be used to fulfil retailers delivery requirement, once a week 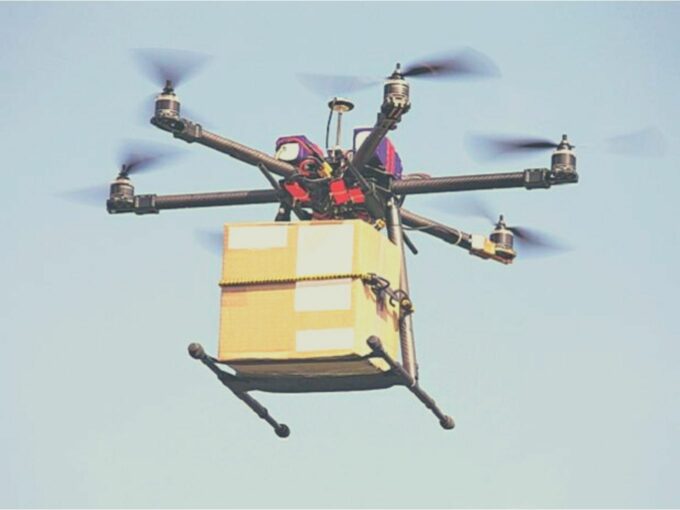 In a press statement, ShopX and Omnipresent said that it has developed a drone delivery system called ‘AirTrain,’ which would bridge the logistics gap from the warehouses to retail outlets in a seamless manner. With this, small retailers and kirana stores will be able to choose ‘Drone Delivery’ as an option and get a wide range of products delivered in 30-60 minutes.

It further stated that these drones can carry goods in their limited shelf space, and would typically fulfil retailers’  conventional supply chains, once a week.

With over 2 Lakh retailers on its technology platform, ShopX will now leverage Omnipresent’s drone delivery solution to serve its retail customers. In the past, Omnipresent had conducted trial drone deliveries for medicine to AIIMS in Delhi.

Founded in 2010, Omnipresent Tech was founded by Aakash Sinha. The company claims to be affiliated with several state government agencies for drone-based services in agriculture, oil and gas, telecom, survey applications, policing, inspecting structural damage, among others. It has also developed an inhouse AI engine called the ‘Nerve Center,’ which provides details of end-to-end operations of drones, right from scheduling, planning, detection and classification.

For instance, Omnipresent was part of Chandrayaan Mission’s Prgyaan Rover, where it had developed AI software for navigation and communication; and also worked for Clean Ganga Mission, where it had deployed its Drone Boat (Ro-boat) for cleaning the river.

ShopX, on the other hand, was founded by Amit Sharma and Apoorva Jois in 2014. The company looks to provide technology to kirana stores and small and medium retailers, thereby helping them in their logistics and procurement process among others. It is backed by investors like Fundamentum’s Nandan Nilekani, Fung Strategic Holdings; a London-based angel investor Rajesh Ranavat and former chairman of Crompton Greaves Kewal Nohria and others.

The ShopX and Omnipresent drone delivery update comes at a time where hyperlocal startup Dunzo recently announced that it will start conducting its first drone delivery trials in partnership with management consulting firm Alternative Global India (AGI), sometime last month. At the time, the managing partner of the AGI, had said that the Dunzo Air Consortium has submitted all necessary documents to the Director General of Civil Aviation (DGCA) and are awaiting flight clearance.

In 2013, Omnipresent had also conducted a feasibility test on drone deliveries for Jabong. Speaking on the recent development, Praveen Sinha, cofounder and MD of Jabong, in a press statement, said that drone deliveries would disrupt the retail logistics space in the country, particularly in the B2B space, pointing at his predictions made seven years back.

In May 2019, the government had sought the applications for BVLOS drone experiments. Under this, only seven companies were shortlisted and many were rejected. The selected companies for the trails include ShopX, Throttle Aerospace, Zomato, Swiggy, Dunzo, Redwing among others.