Circle Internet which provides locally relevant information in Indian languages is currently present in 120 districts across Rajasthan, UP and Kerala

Recently, ShareChat’s Moj has seen a massive spike in growth as users gravitated to homegrown alternatives 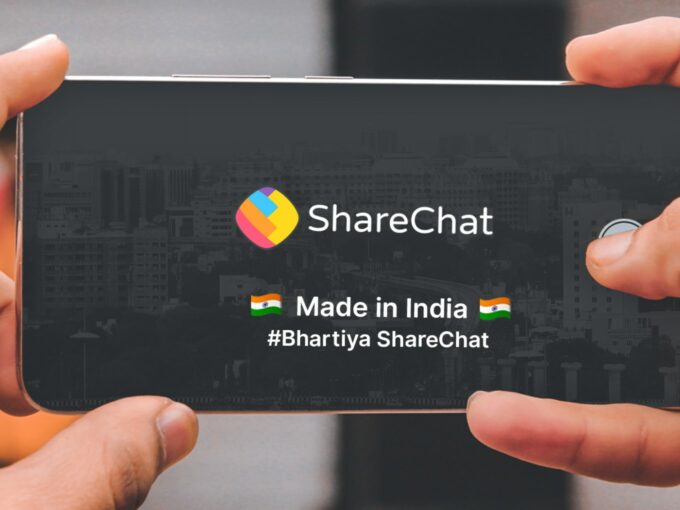 Launched in 2018 by three IIT-ians Uchit Kumar, Gaurav Agrawal, and Shashank Shekhar and backed by SAIF Partners and Venture Highway, Circle provides locally relevant information to Indian language internet users. It is present for users in 120 districts across Rajasthan, Uttar Pradesh and Kerala, and provides information in Hindi and Malayalam.

“ShareChat is growing faster than the industry, and we are investing in our capabilities to serve diverse content needs of the new users that we add to the platform. The acquisition will help us penetrate deeper into geographies and nurture a thriving hyperlocal content ecosystem that will understand and serve the latent content needs of, the next billion internet users more effectively,” said Manohar Charan, vice president, corporate development and strategic finance at ShareChat.

ShareChat To Be India’s Latest Unicorn?

ShareChat, which has 130 Mn monthly active users (MAUs), was earlier this month reported to being in talks with US tech giant Microsoft, for a fundraise worth $100 Mn. Reportedly, Microsoft would just be one of the investors in ShareChat, and the $100 mn funding would only be one-third of what the social media startup is looking to raise in its latest round. ShareChat’s existing investors are expected to join Microsoft in the round, which could see ShareChat becoming the latest startup in India’s unicorn club.

The company’s last funding round was in August last year, when it raised $100 Mn in a Series D round led by Twitter, with existing investors Shunwei Capital, Lightspeed Venture Partners, SAIF Capital, India Quotient and Morningside Venture Capital also investing further. That funding had pegged the company’s valuation at $650 Mn.

Till date, the company has raised $222.8 Mn in eight funding rounds, according to data available on Crunchbase. ShareChat was part of Inc42’s UpNext series on soonicorn startups in 2019 and was expected to reach a $1 Bn valuation by 2021.

“Circle was started with a vision to provide trustworthy locally relevant information to Indian language internet users. The platform evolved as an invisible thread to bridge the gaps in content being made available to non-English speaking internet users, through relevant and contextual hyperlocal content. With the help of ShareChat’s wide reach, expertise in language-first approach, powerful content serving algorithms, we will soon be reaching out to the majority of the districts across India,” said Shashank Shekhar, CEO and cofounder of Circle Internet.

Shashank Shekhar was heading content operations at ShareChat before he started Circle. He will now be heading the overall content strategy for ShareChat.

ShareChat launched its short video app Moj on June 29, the same day as the ban on TikTok and 58 other Chinese apps by the centre. Moj has seen a massive spike in growth as users gravitated to homegrown alternatives. Since its launch on June 29, the app has garnered 22 Mn downloads, according to data on app analytics portal Sensor Tower. While both ShareChat and Moj are positioned as ‘Made in India’ on the Google Play Store, ShareChat’s investors in previous rounds include Shunwei Capital, a Chinese venture capital fund run by Xiaomi cofounder Lei Jun, as well as Chinese electronics giant Xiaomi.

The ShareChat app has also seen growth in India in the past month. Days after the ban on TikTok, ShareChat claimed to have seen a growth rate of 5 lakh new users per hour, with Indian users scurrying to TikTok alternatives in the short video sharing space. Accessible in 14 regional languages, ShareChat’s core base is in Tier 2 and Tier 3 cities. The app currently has more than 100 Mn downloads on the Google Play Store.

Founded by IIT-Kanpur alumni, Farid Ahsan, Bhanu Singh and Ankush Sachdeva, in 2015, ShareChat is a regional language-focussed social media platform, which banks heavily on user-generated content. It boasts features like anonymous chat, direct messaging, original video content under the banner of ShareChat Talkies. It was also a part of the 2018 edition of the most coveted list of India’s most innovative startups — 42Next by Inc42.