Startups On IPO Fast Track: Indian Tech Cos To Go Public Twice As Faster By 2026

Startups On IPO Fast Track: Indian Tech Cos To Go Public Twice As Faster By 2026 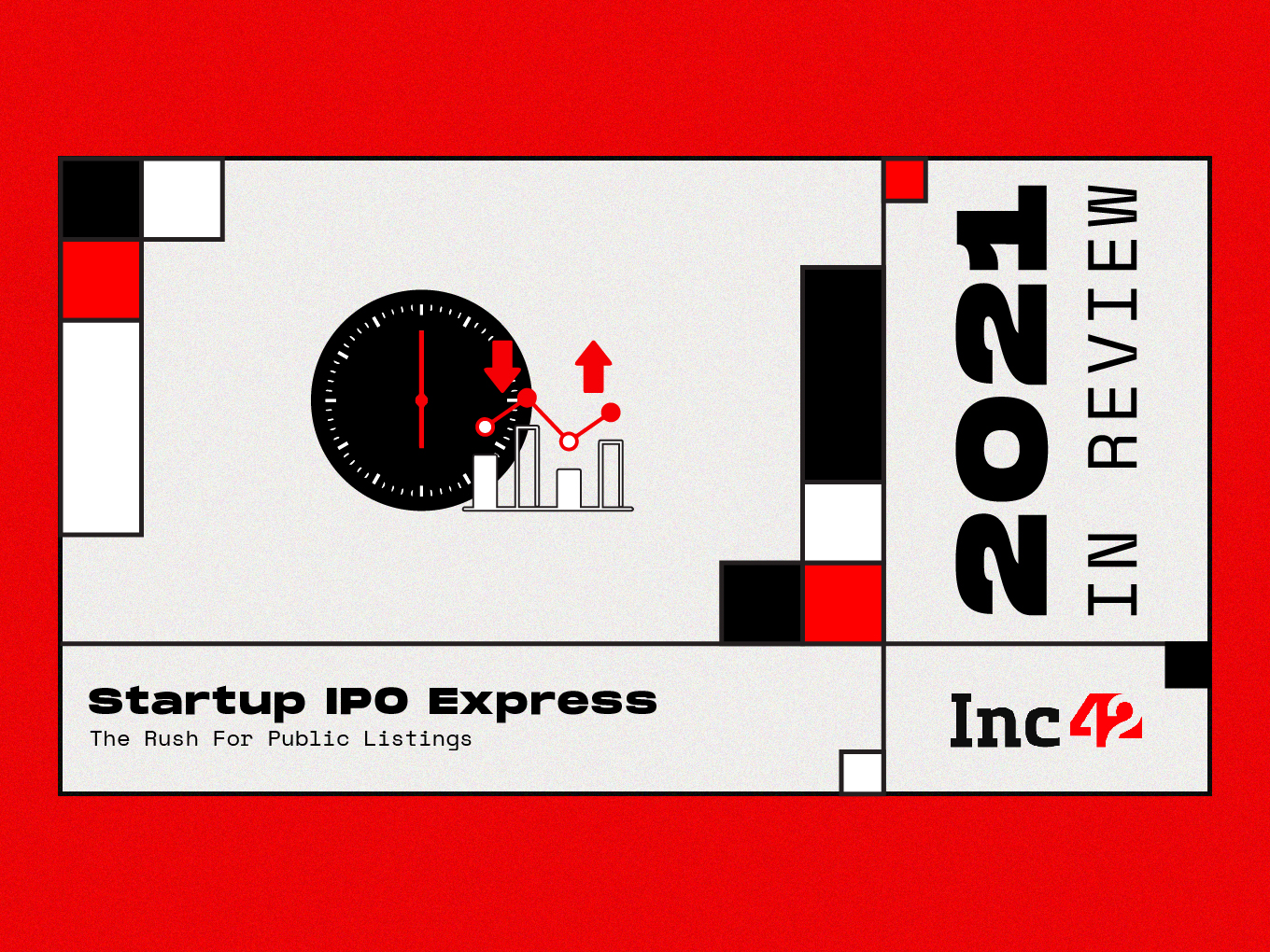 While Indian startups are turning unicorns faster than ever before, it takes approximately 13.8 years for an Indian startup to go public

As per our analysis, there has been a 48% decrease in the average time taken for startup to turn unicorns

In 2022, Indian startup giants such as Flipkart, Swiggy, OYO, BYJU’S, PharmEasy, Delhivery and others are lining up for public listings. Combined with the slew of IPOs in 2021, one would expect that Indian startups are listing publicly faster than before, but this does not seem to be the case just yet.

While the volume of IPOs shows that the appetite for public listings is growing rapidly among the well-established startups, the four tech IPOs before 2021 were faster on average. Our analysis shows that it takes approximately 13.8 years for an Indian startup to go public (before MapmyIndia’s listing in December).

When including the MapmyIndia IPO, the average time taken increases drastically to 15.3 years. The data is skewed by the longer interval for MapmyIndia between its founding date and the IPO, as well as the relatively shorter interval for Fino Payments Bank. So, a better indicator is the median time taken for IPOs, which comes to 13 years for the 2021 cohort. Both the average time taken and median time taken have increased since IndiaMART’s listing, but the sheer volume of startups that have IPOed this year indicates that this is a temporary anomaly that will reduce over time. 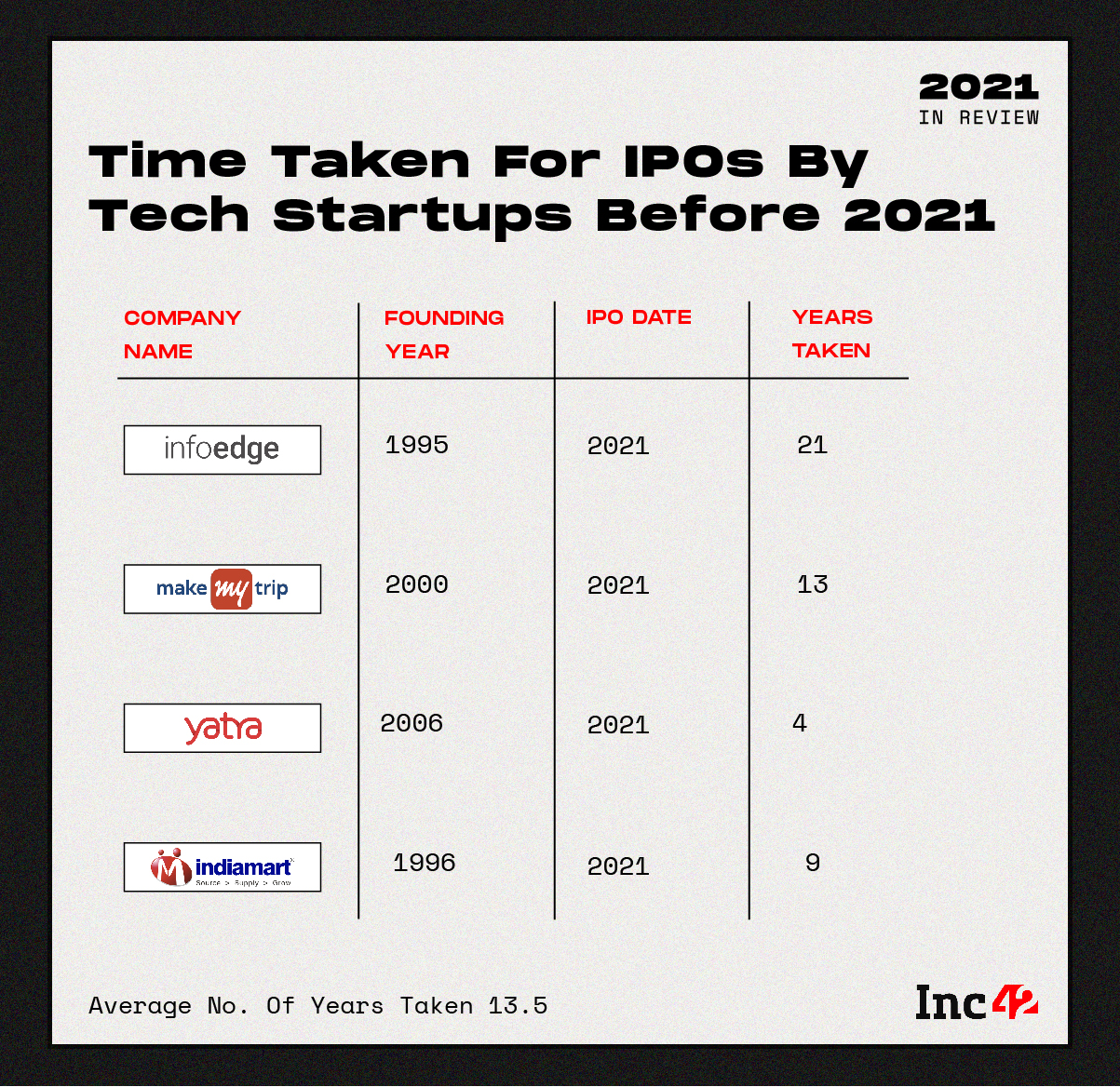 As per our analysis, Indian startups will see a similar 50% reduction in average time taken for public listings from the current 15.3 years to 6.9 years by the end of CY2026.

Get Our Post-IPO Financial Performance Report

There are several factors at play. Firstly, the listing of Zomato swayed many of the on-the-fence retail investors towards tech stocks. Secondly, the digital transformation wave sweeping businesses and consumers has increased the appreciation for tech startups.

While so far startups cannot lay claim to profits, the emphasis is on disruption and growth, which is being accepted by the market. This acceptance is backed by the higher rate of adoption for technology products and services in the post-pandemic market.

The record number of unicorns in 2021 has coincided with a massive transition towards apps, and digital services and products, with the active internet user base over 833 Mn. This is another major indicator of maturity of the digital economy. And this is why we believe that the average time taken for IPOs is about to decrease drastically, giving startups more prominence in the Indian market.