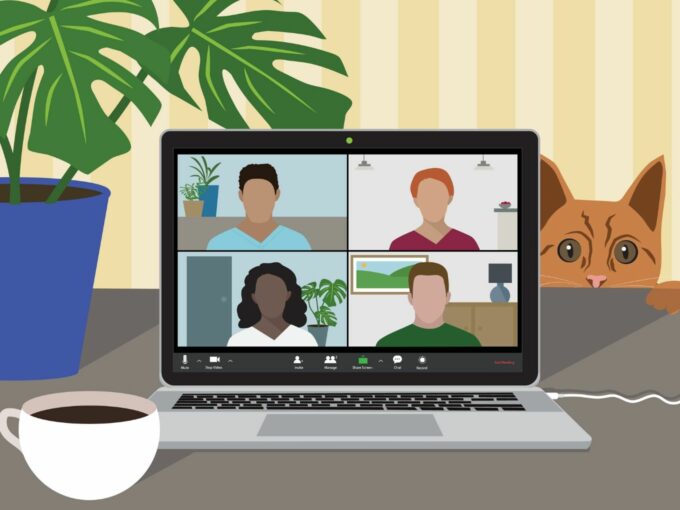 Mukesh Ambani — India’s richest man — bagged $253 Mn from Intel Capital and formally launched JioMeet on a blockbuster Friday for Reliance Jio Platforms. But the video-conference service which has an uncanny resemblance to Zoom was trolled on Twitter. “Looks like development [JioMeet] started by dismantling the apk file of Zoom,” said a tweet.

The JioMeet app just like Zoom offers an easy solution for hosting meetings for all group sizes. “Enterprise-grade” host controls, which include: password protection on each call, multi-device login support (up to five devices) and ability to share screen and collaborate. There is ‘safe driving mode’ and ‘waiting room’ but still unclear if people outside India could use the service.

Text size and the colour scheme were the only differentiators between Zoom and JioMeet. The use of the same phrases, placements and design are enough to confuse anyone confused between the two apps.

Besides this, JioMeet didn’t even put much effort into changing the iOS interface of the app and used the same icons for New Meeting, Join Schedule and Share Screen logo as Zoom. A Twitter user shared the following image to showcase the stark resemblance of the apps.

On iOS they literally used the same icons
The ACTUAL files pic.twitter.com/57AJAiJd0R

Nevertheless, Reliance Jio’s assurance that it was working on a Made-In-India variant of the Zoom app had come off as a relief, especially for the Indian government that has been looking for indigenous solution for video conferencing.

The ministry of home affairs (MHA) had termed Zoom as an unsafe platform and also released an advisory about the dos and don’t of using it. While the MHA’s advisory majorly focused on the functional aspect of it, state-run Indian Computer Emergency Response Team’s (CERT-In) issued two advisories highlighting that Zoom platform is prone to malicious attacks.

But as the business, traditional institution and government authorities were taking the digital path to continue in the Covid-prone world, Zoom had somehow managed to gain momentum despite several other players being in the segment. Zoom’s competitors include Google Meet, , Microsoft Teams, Facebook’s Messenger Rooms, BlueJeans and more.

Even the Indian government has asked SaaS major Zoho and tech giant HCL Technologies to develop a made-in-India video conferencing solution. According to the SensorTower report, Zoom was installed on around 6 Mn Indian smartphones out of the total 80 Mn installs worldwide during the first quarter of 2020.