Its IPO was subscribed 16.59 times after a slow start

Among recent startup listings, Nykaa witnessed a bumper market debut while Fino listed at a discount 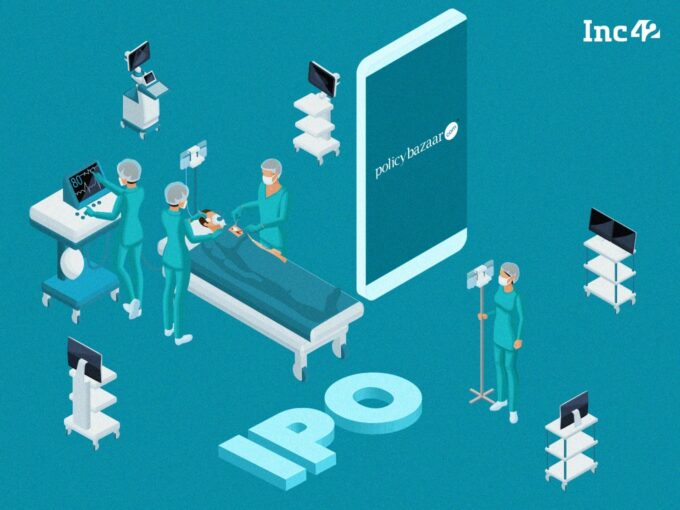 As the IPO season gains momentum with new-age companies or startups making a significant mark on the stock exchanges, insurtech unicorn Policybazaar is set to get listed on the bourses on Monday.

Interestingly, its premium in the unofficial market fell from INR 300 to around INR 60 post the offer closed on November 3. According to traders, the bumper listing of Nykaa has boosted the investor sentiments for the ensuing stock market debut Policybazaar’s parent, P.B. Fintech.

Observing that new age businesses are garnering interest in India from international investors, Aayush Agrawal, Senior Research Analyst – Merchant Banking with Swastika Investmart Said, “We expect the shares to list between INR 1,000 to INR 1,150, which is 10% to 15% higher than its price band.”

He added that Policybazaar parent PB Fintech is now aiming towards expanding its customer base and the under penetration of the insurance industry provides it with a positive outlook in the future.

The IPO of the parent of Paisabazaar and Policybazaar ended on November 3rd with robust investor demand across categories. However, a significant part of the biddings from the institutional investors came largely on the third day and the initial response was tepid.

Manan Doshi, cofounder of Unlisted Arena was of the view the company is well placed in its segment but the aggressive pricing made investors cautious.

“Due to first-mover advantage, it should have an upper hand over rising competitors.

Due to expensive pricing, listing gains may not be remarkable but the probability of 10-15% gains on the listing cannot be denied,” he added.

Founded by Yashish Dahiya, Alok Bansal, and Avaneesh Nirjar in 2008, PolicyBazaar aggregates insurance policies from a range of providers for use-cases, including life insurance, automobile insurance, health insurance and more.

The recent debut of Nykaa gave nearly 100% return on the first day of listing on Dalal street. However, another new-age company i.e. Fino made a weak debut on Friday, as it listed with a 5% discount.