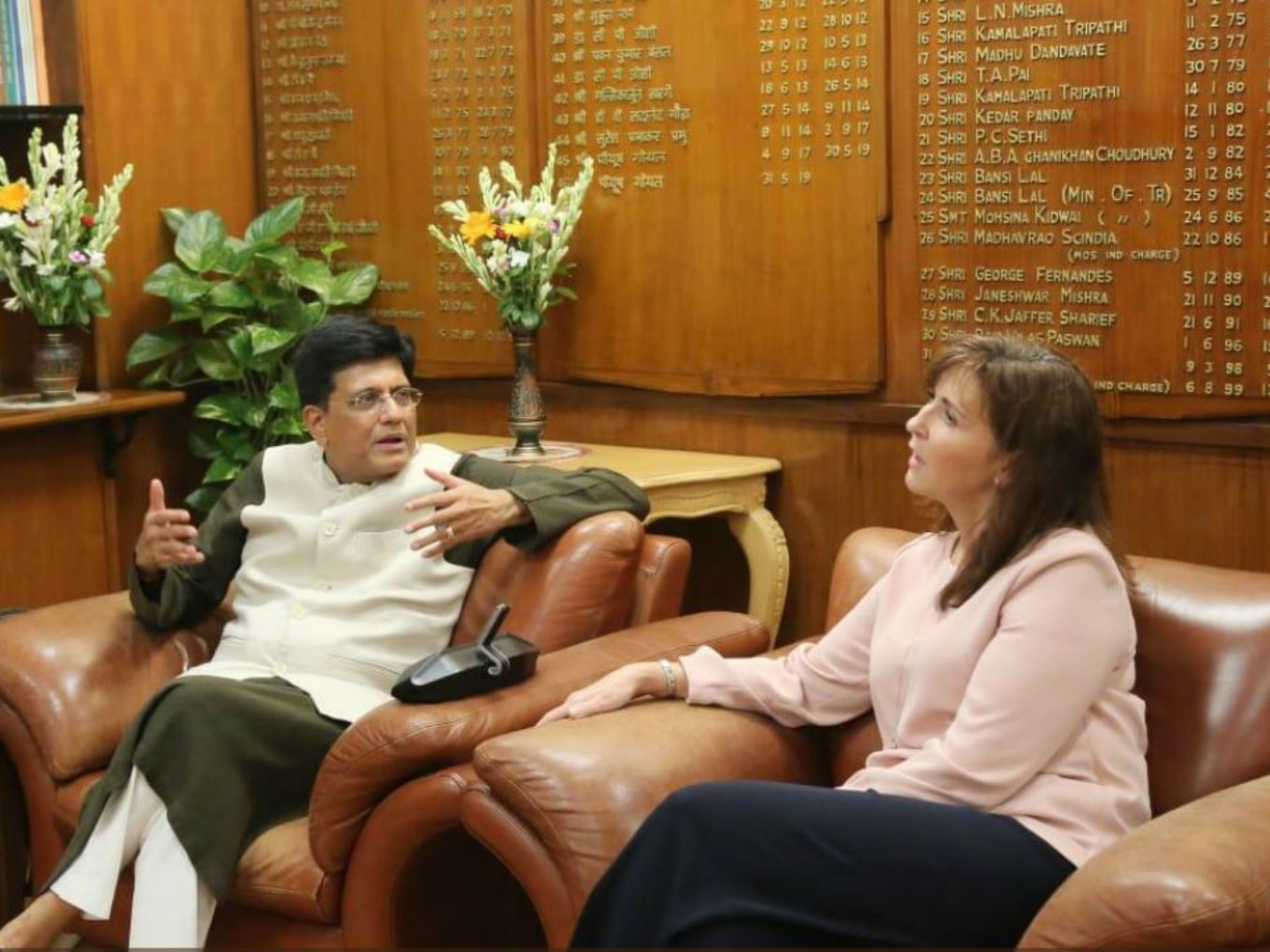 In a meeting on Wednesday (July 10), Union Minister of Industry and Commerce, Piyush Goyal engaged with Walmart International president and CEO Judith McKenna.

In a tweet, minister’s office said that the discussions were towards local sourcing and boosting sales of ‘Made in India’ products, which will benefit local businesses and the overall domestic market.

The country’s ecommerce industry is currently at the crossroads — first, India is still deliberating on national ecommerce policy and second, the recent tensions between Walmart-owned Flipkart and the government.

In August 2018, Walmart acquired a controlling stake of 77% in Flipkart for $16 Bn. The deal was expected to help Flipkart bank on Walmart’s omnichannel retail expertise and supply chain knowledge, which it has built through its cash-and-carry business in India.

On the other hand, Walmart has a prominent global presence but lags behind in ecommerce expertise, and is hoping that Flipkart will help it gain a dominant position in the Indian market.

However, since the acquisition, not all has been well for both the companies. As part of the government’s target to stop deep discounting and predatory processing, the government had introduced changes in foreign direct investment rules for ecommerce.

The new FDI rules which came into effect from February, 2019 prohibits large online marketplaces to exercise ownership or control over the inventory of their sellers. Cash back provided by group companies of marketplace entity to buyers shall be fair.

Ecommerce marketplace entity will not mandate any seller to sell any product exclusively on its platform only. Beyond exclusivity, the notification also prohibited marketplaces from making more than 25% of purchases of a vendor.

Also, recently, Goyal in a meeting with Amazon and Flipkart had warned that these rules should in no way be violated by any company, both in letter and in spirit. The government will not allow ecommerce firms’ discounting practices to affect small shopkeepers, he said.

However, government regulations and Flipkart losses haven’t dampend Walmart’s spirits. During his visit to India in April, Walmart CEO Doug McMillon said that the company continues to be committed to the Indian market given the huge opportunity that the country presents. McMillon lauded the efforts of Flipkart in creating a brand that has brought online shopping to millions of new customers in India.

A large part of McMillon’s time was spent in closed-door meetings with Flipkart’s management to understand the competitive landscape, especially with regard to Amazon. Kalyan Krishnamurthy, CEO, Flipkart had then said Walmart’s long-term, strategic partnership with Flipkart was immensely valued by everyone.

In the face of expectation of dominance in the competitive market of Indian ecommerce, which is a $1Tn opportunity, Walmart and Flipkart relationship continue to test the government’s regulations.