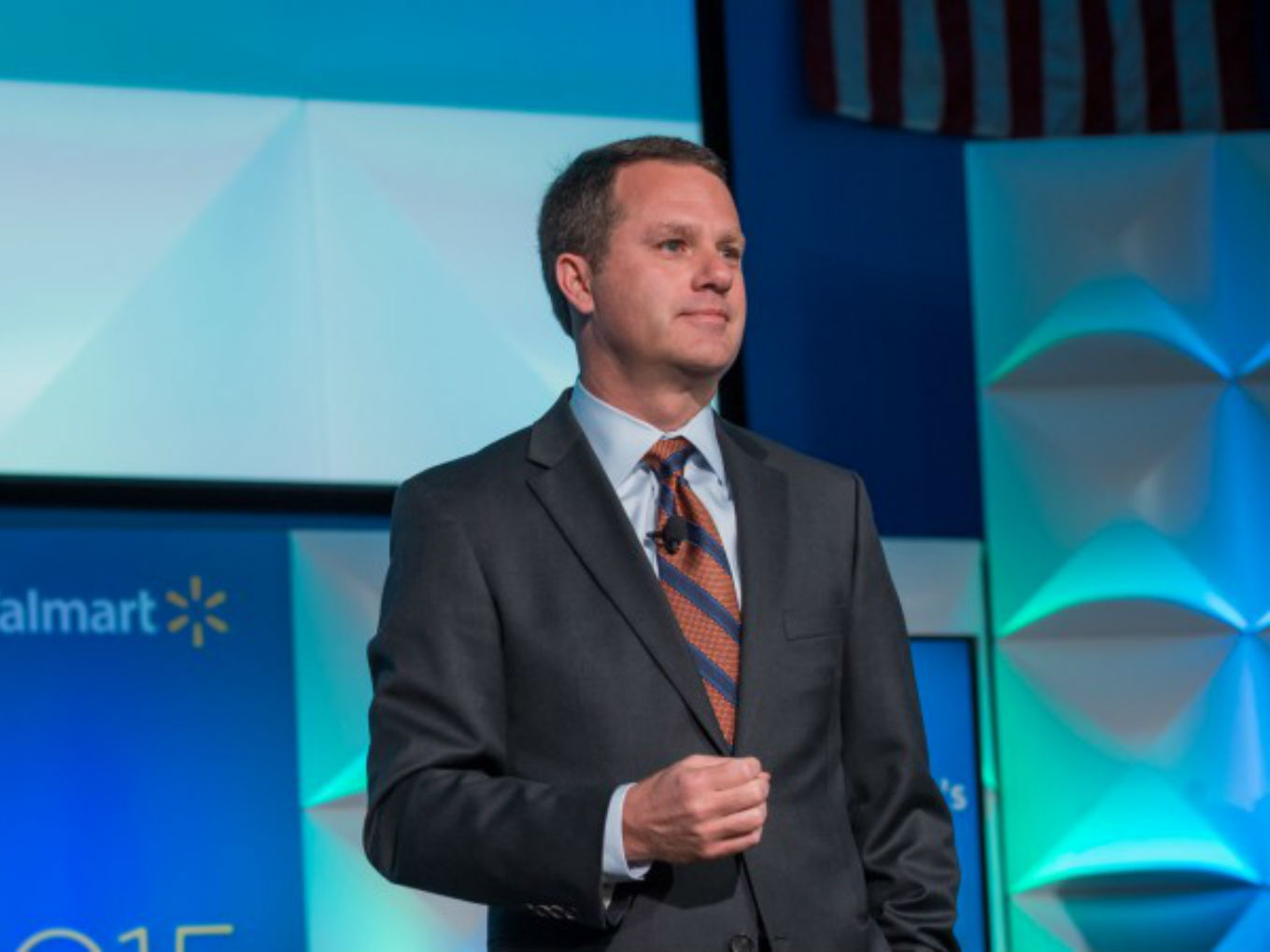 Even as the Indian ecommerce market is still feeling the repercussions of Walmart acquiring majority stake in Flipkart, the US retail giant’s CEO Doug McMillon is on a visit to India to take stock of the situation on the ground, and plan for the upcoming fierce ecommerce war in India.

Accompanied by EVP Corporate Affairs Dan Bartlett and Dirk Van den Berghe (EVP and Regional CEO Asia and Canada), McMillon addressed a townhall of Flipkart employees where he said that Walmart continues to be committed to the Indian market given the huge opportunity that the country presents.

He also emphasised that a level-playing field is important to ensure growth for businesses operating in the country. Media reports cited sources to say that McMillon expressed satisfaction at the progress made by Flipkart. McMillon lauded the efforts of Flipkart in creating a brand that has brought online shopping to millions of new customers in India.

He also added that Flipkart should maintain its leadership position in the Indian market in the light of new competition from Reliance in the ecommerce space this year.

An ET report citing a top executive at Flipkart said that a large part of McMillon’s time was spent in closed-door meetings with Flipkart’s management to understand the competitive landscape, especially with regard to Amazon.

He also reportedly wanted to understand the initiatives Flipkart has lined up for the next quarter, its expansion plans to gain the next 100 Mn internet users, product launches in the financial services business and get updates on regulatory challenges.

Those working directly with Flipkart CEO Kalyan Krishnamurthy also held discussions with McMillon as he reviewed the e-tailer’s initiatives over the last six months, across departments including technology, fashion, financial inclusion and policy.

McMillon also separately met Sameer Nigam, founder of PhonePe, to understand how payments has changed and will change going forward

“As part for the trip, he interacted with Flipkart’s leadership team and employees. He is delighted with the progress the team is making to take e-commerce to next 200-300 Mn customers in India, and bring a great selection through right affordability construct to consumers in the country,” Kumar said.

McMillon also commended Krishnamurthy, Nigam and the broader team for their role in leveraging technology and innovation for solving challenges in India’s digital commerce.

Krishnamurthy said Walmart’s long-term, strategic partnership with Flipkart was immensely valued by everyone.

However, addressing the regulatory changes of amendments in FDI for ecommerce, McMillon said that Walmart has operations across multiple countries and complies with local laws in individual markets but asserted that a level-playing field is important and that is what businesses seek.

In a recent financial update, Walmart said it began consolidating Flipkart’s results in the third quarter of fiscal 2019, using a one-month lag. Walmart said, “The ongoing operations negatively impacted fiscal 2019 net income and this negative impact will continue in fiscal 2020.”

Walmart said its future earnings results in various countries, including India could also be negatively affected by a variety of factors, including political instability, local and global economic conditions, legal and regulatory constraints. The other factors include restrictive governmental actions such as trade protection measures, tax regulations and laws and regulations regarding consumer and data protection.

In an ecommerce market which is set for the next round of disruption with the entry of Reliance, Flipkart and Walmart’s collaboration will be tested severely this year, and there is likely to be a lot of innovation and customer-friendly initiatives coming from the Bengaluru-based company to tackle the new competition.