PharmEasy & Its Subsidiaries Engaged In 117 Litigations Worth INR 157 Cr

PharmEasy & Its Subsidiaries Engaged In 117 Litigations Worth INR 157 Cr

To date, PharmEasy has raised close to $1 Bn in total funding across 10 rounds 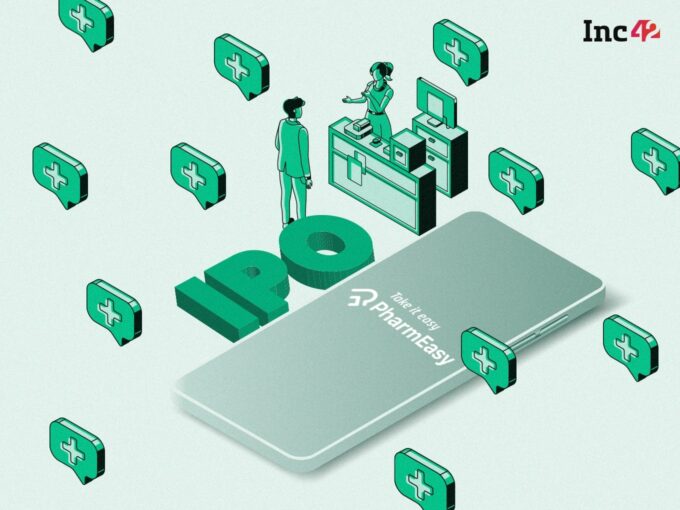 API Holdings, the parent company of epharmacy unicorn PharmEasy has filed its draft red herring prospectus (DRHP) for raising INR 6,250 Cr. During its journey from being a new entrant in the healthtech space to a $5.6 Bn epharma major, PharmEasy and its subsidiaries have also battled several legal cases.

According to the DRHP, API Holdings is engaged in 117 cases worth INR 157.01 Cr. These include — 19 cases related to direct taxation, 3 cases by associations representing brick and mortar pharmacies and offline chemists, and 91 cases worth around INR INR 71.61 Cr against PharmEasy subsidiaries.

The family office of A. Sundararaju, an erstwhile shareholder and member of the promoter group of Thyrocare, has filed an INR 51.85 Cr notice concerning the acquisition of equity shares of Thyrocare by Docon.

The notice alleges that the parties named conspired to facilitate the sale of shares of Thyrocare by the complainant to Docon through an off-market transaction, which allegedly caused significant financial loss of around INR 26.85 Cr to the family office Sundararaju.

PharmEasy and other online pharma marketplaces, have been facing criticism and have several legal cases against them by associations representing brick and mortar pharmacies and offline chemists.

The draft prospectus shows three such cases involving the TPG and Naspers backed company along with other epharmacies. However, the amounts involved in these matters have been mentioned as “non-quantifiable” in the DRHP.

Subsequently, 91Streets and Medlife appealed against the order. 91Streets, in its counter-affidavits, said that they act as intermediaries connecting customers with registered pharmacies and are not engaged in the sale, distribution, stocking, exhibiting or offering for sale of pharmaceutical drugs.

Medlife, in its counter affidavit, has denied the allegations and clarified that its operations were functioning under valid wholesale and retail drug licences granted by the concerned authorities.

The online pharma companies 91Streets and Medlife filed appeals against the impugned order to which interim stay was granted by a division bench of the Madras High Court. This matter is currently pending.

The other two similar matters include petitions filed by South Chemists and Distributors Association (SCDA) and Small Retail Chemists Association.

Besides, there are about 91 cases worth around INR INR 71.61 Cr against PharmEasy subsidiaries.

Among cases filed by the subsidiaries, there is a matter involving VPI Medisales Private Limited which has filed a criminal complaint against Xolo Pharma Enterprises in Bengaluru regarding bounced cheques (issued by Xolo to Medisales).

Further, regarding cases involving directors of the company, there are three such issues.

Siddharth Shah and Hardik Dedhia, partners of Shree Simba Chemist received a notice in August 2021 from the Office of Inspector of Legal Metrology, Mumbai. According to the notice, the company sold Pulse Oximeter JZ1KI 305 with incorrect disclosure about the product manufacturer.

Shah, the CEO of PharmEasy and cofouncer Dedhia have submitted a response to the authority and requested a personal hearing for submitting satisfactory responses.

In this regard, Shree Simba Chemists, a unit of Ascent Wellness, has written to the concerned authority seeking settling of the matter through monetary payment. The matter is currently pending.

Further, there are 19 cases related to direct taxation involving the subsidiaries worth INR 50.51 Cr. There are 33 indirect tax proceedings worth INR INR 20.06 Cr that are pending.

PharmEasy plans to use about 31% of the IPO proceeds towards settling part of debt. The healthtech unicorn said that out of the total IPO proceeds of INR 6,250, it will utilise INR 1,920 Cr towards “prepayment or repayment of all or a portion of certain outstanding borrowings availed by the company and certain of its subsidiaries.”

Logistics unicorn, Delhivery also filed its DRHP recently. According to the filing, it has 67 litigations worth INR 277.88 Cr involving the company and its directors. Hospitality unicorn OYO, which filed its DRHP for INR 8,000 Cr IPO, has 65 legal cases worth up to INR 347.52 Cr. against its subsidiaries and the promoters.

PharmEasy parent, API Holdings, during the first quarter of the ongoing financial year (April-June) posted a loss of INR 313.8 Cr.

The startup’s total income or revenue soared to INR 1,207.2 Cr in three months of April, May and June of 2021. PharmEasy’s total expenses rose to INR 1,527 Cr during the same period.

To date, PharmEasy has raised close to $1 Bn in total funding across 10 rounds. The healthtech unicorn counts Tiger Global, Prosus Ventures, IIFL Finance, Temasek Holdings, and B Capital, as its investors. In October, it had scooped up $350 Mn in a primary as well as secondary round.