There are 39 litigations worth up to INR 42.04 Cr involving the company.

The DRHP further said the unicorn’s dues to creditors including MSMEs, and other creditors as of June 30, 2021 stood at INR 1.93.88 Cr. 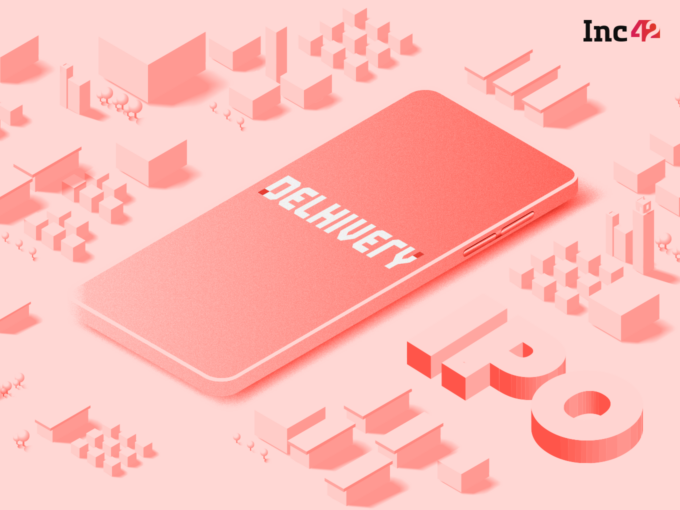 Gurugram-based logistics unicorn Delhivery filed its draft red herring prospectus (DRHP) last week in a bid to raise INR 7,460 Cr through IPO. The draft prospectus revealed that the company, its subsidiaries and directors are involved in a total of 67 litigations worth INR 277.88 Cr.

There are 39 litigations worth up to INR 42.04 Cr involving the company. These include cases filed against the company or by the company.

The draft prospectus said that there are 42 consumer cases filed against the logistics unicorn involving an aggregate amount of INR 38.7 Lakh.

The only ongoing criminal proceeding against the company pertains to a petition dated September 15, 2020, filed by Ramesh against Delhivery and 486 others before the Motor Accidents Claim Tribunal, Kanpur Dehat, under the Motor Vehicles Act, 1988.

The petitioner alleged that his younger brother had succumbed to death due to the injuries sustained in an accident with a truck engaged by Delhivery. The petitioner has asked for INR 34 lakh and interest thereon be paid as compensation by the respondents.

The SoftBank-backed unicorn, in its reply filed before the tribunal, denied the allegations made by the petitioner. The matter is currently pending.

There are six criminal litigations underway, based on pleas filed by Delhivery.

A major part of the criminal litigations involve tax proceedings. Delhivery is engaged in 20 cases of direct taxation issues worth INR 34.49 Cr.

In the case of its subsidiary Spoton, which it acquired in August this year, the DRHP said that Spoton filed 15 complaints pertaining to bounced cheques amounting to INR 72.58 Cr.

Further, there are 9 cases involving the directors of the IPO-bound logistics major worth INR 162.78 Cr.

An ex-employee of a company where Deepak Kapoor was the Chairman of its Board (prior to Delhivery) had filed a defamation complaint against the entity and a few officials, including Kapoor. Currently, the latter is the Chairman of Delhivery’s Board of Directors.

The petitioner said that the termination letter issued by the company (signed by Kapoor), “lowered the complainant’s reputation in the eyes of his family and other persons”.

Saugata Gupta, the MD and CEO of Marico Ltd, who is a Non-Executive Independent Director on Delhivery’s Board also faces a criminal complaint. A person named Pramod Kumar had filed a complaint against Marico and Gupta alleging cheating and misbranding of one of Marico’s products.

The Delhi High Court, however, stayed the proceedings in the matter after both Gupta and Marico filed an appeal to quash the complaint and the matter is currently pending.

The DRHP further said that the Gurugram-based unicorn’s dues to creditors including MSMEs, and other creditors as of June 30, 2021 stood at INR 193.88 Cr.

Another unicorn OYO, which filed its DRHP for an over INR 8,000 Cr IPO in October revealed that the company, its subsidiaries and its promoters are involved in 65 legal cases, worth up to INR 347.52 Cr.

Paytm, which opened its INR 18,300 Cr offer on Monday, was involved in 43 litigations involving the company, its subsidiaries are involved in 24, and there was one ongoing litigation against one of its directors, as of the filing of its DRHP in July.

A few weeks back, the company had closed a funding round of $125 Mn from Lee Fixel’s venture capital firm Addition taking its total funding to $1.4 Bn.