Guruprasad Mohapatra has been appointed as the new secretary of DPIIT, Ministry of Commerce 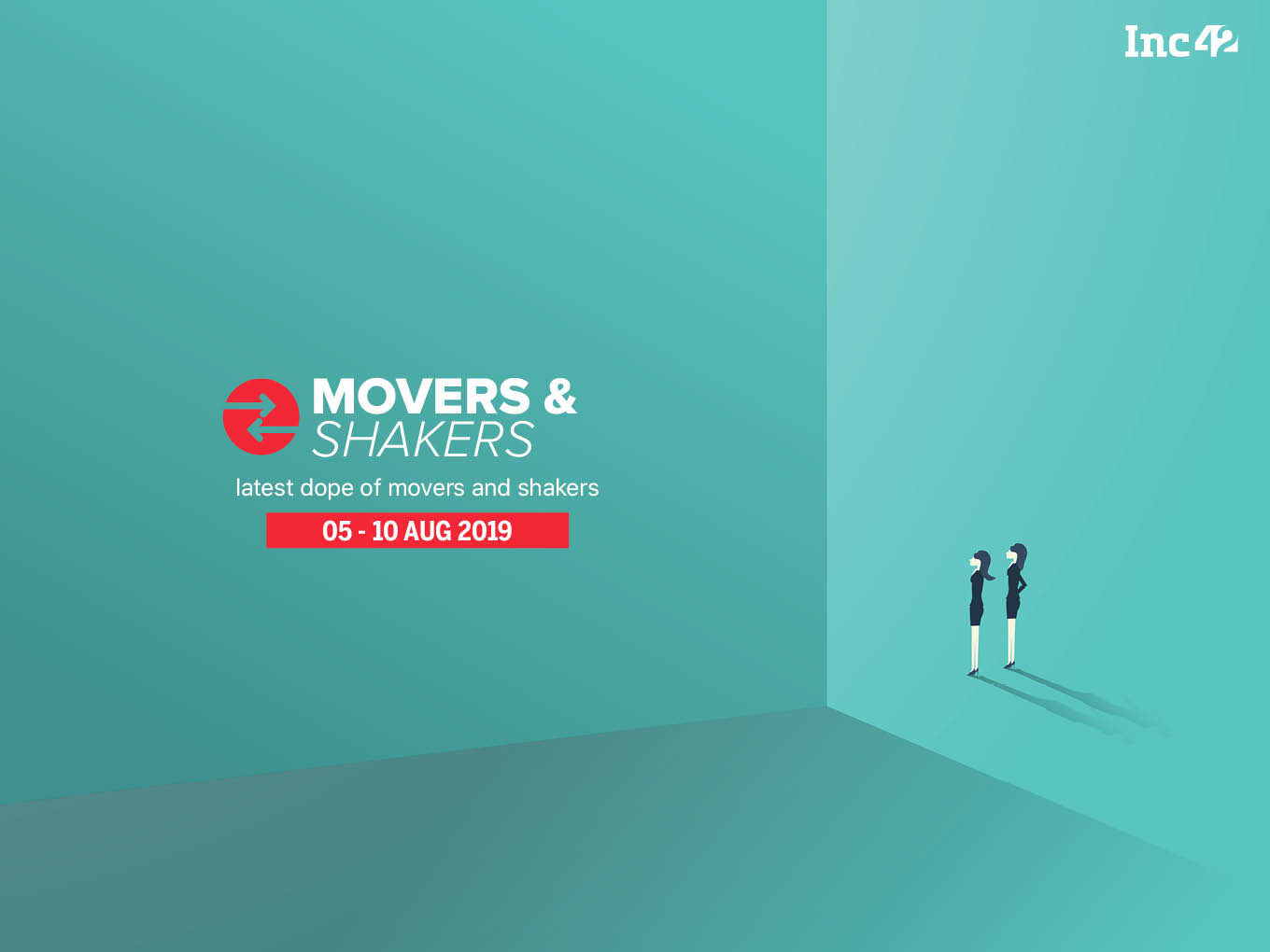 As DPIIT secretary Ramesh Abhishek retires from public service, Guruprasad Mohapatra has been appointed as the new secretary of the Department of Industry and Internal Trade (DPIIT), Ministry of Commerce. Mohapatra is currently the chairman of the Airports Authority of India. Before taking over as the DPIIT secretary, he was the joint secretary in the Department of Commerce before joining AAI in 2016. This was about the same time when Abhishek had joined the DPIIT, where he has been heading key government initiatives such as Make in India, Startup India and Ease of Doing Business among others.

Here are the other important movers and shakers of the week!

PayU has announced the appointment of five new leaders joining the company. These leaders, joining across different verticals, will contribute towards the company’s growth journey and ensure PayU continues to respond to the fast-changing needs of the merchants and consumers.

Alim Khan, Senior VP, Compulsive Business will lead PayU’s efforts in strengthening and scaling the government business vertical. Prior to joining PayU, Alim led the Government business practice at BillDesk where he worked with various governments in states and centre.

Noopur Chaturvedi, Country Head – Small & Medium Businesses will be looking after the strategic growth and expansion of this vertical, which caters to the evolving payment and lending needs of small and mid-sized enterprises. She joins PayU from Airtel Payments Bank where she was part of the executive committee, leading the corporate business and alliance vertical. Prior to this, she has worked with Citibank, ING and Samsung and brings to PayU her rich experience across payments, lending, sales, product management and business creation.

Ashish Pathak, Head of Legal and Compliance will be making sure that the company is conducting its business in full compliance with all regulations in the fintech space. Previously working with ICICI Bank as senior group head and joint general manager, Ashish is a senior business lawyer with 18 years of professional experience across corporate, commercial, regulatory and litigation work having national, offshore and cross border dimensions.

Ashish Chattoraj, HR Head for PayU India will be establishing and implementing plans for acquiring, developing and retaining talented employees apart from managing performance. His immediate priorities will be co-creating and nurturing a cohesive PayU culture for the way forward. A seasoned HR professional with 17 + years of industry experience, he is a management graduate from XISS Ranchi.

Usha Financial Services Pvt Ltd. trading under the name of Cash Suvidha has appointed Gauri Shankar & Bhupinder Nayyar as its new Independent Directors, having 40 years and 38 years of experience respectively in the financial sector.

OYO Appoints CEO for Southeast Asia and the Middle East

OYO Hotels and Homes has announced the appointment of Dr. Mandar Vaidya as the Chief Executive Officer for Southeast Asia and the Middle East, effective August 1, 2019. This appointment comes as a part of the company’s efforts to continue to invest in and attract world-class leadership, as part of its ongoing focus to drive accelerated growth in two of its high potential markets – Southeast Asia and the Middle East.

A seasoned professional with over 15 years of experience, Dr. Vaidya would be responsible for driving business growth for OYO in these two regions, which include markets like Indonesia, Malaysia, the Philippines, Vietnam, UAE, and the Kingdom of Saudi Arabia. The company has already committed over $200 Mn in investment in Southeast Asia which will help in fuelling its aggressive expansion plans in the region over the next couple of years.

Before joining OYO, Dr. Vaidya was working at McKinsey and Co. for 15 years, from 2002 to 2017, mostly in India with stints in Singapore and the UK. At Mckinsey, he was a partner and led the health services practice in India, and the hospitals practice for Asia.

His work was focused on operations – both hospitals and pharmaceutical companies, and health policy. He also led the Delhi office of McKinsey for 4 years. After this long stint, Mandar was on sabbatical for the last two years. He also taught a problem-solving course at Ashoka University’s Young India Fellowship program.

Mandar is a qualified medical doctor, having completed his MBBS and internship from Grant Medical College and JJ Hospital in Mumbai. After a brief stint as a Medical Officer, he opted out of an MD in Obstetrics and Gynaecology and pursued an MBA from Jamnalal Bajaj Institute, Mumbai.

Nearly seven months after resigning from Myntra Jabong as the CEO, Ananth Narayanan has joined healthtech startup Medlife as cofounder and CEO. In this capacity, Ananth Naryanan will be responsible for driving the next S curve of growth, continue to strengthen the team, lead M&A’s, and help formulate a strategy around new areas of growth. He will also be joining the Medlife Board of Directors.

Ananth Narayanan joined Myntra in 2015 as its CEO after having spent 15 years at McKinsey across various geographies. After Myntra acquired Jabong, he was heading the combined entity.

It was earlier reported that he has also invested in the company in personal capacity. It is notable because Medlife has been backed by the founders’ family office and family company Alkem Laboratories.

Rajeev is well known as a dynamic executive with a wealth of experience leading regional sales organizations and go-to-market operations at start-ups and public traded leading enterprise technology companies. He will be leading a 100+ strong high-performance sales and customer success team at Netcore.

Rajeev was most recently at bootstrapped Mobile Analytics & Martech SaaS namely appICE.io, where he served as Managing partner since 2017. During his tenure, he helped grow the company to 5X growth.

He has worked on management positions in Aspect Software, Microsoft, Kana (now Verint company) and Microland besides serving as a board member of companies in NA and DACH region. Rajeev is masters from IIT Delhi and Exec. MBA from IIM Indore.