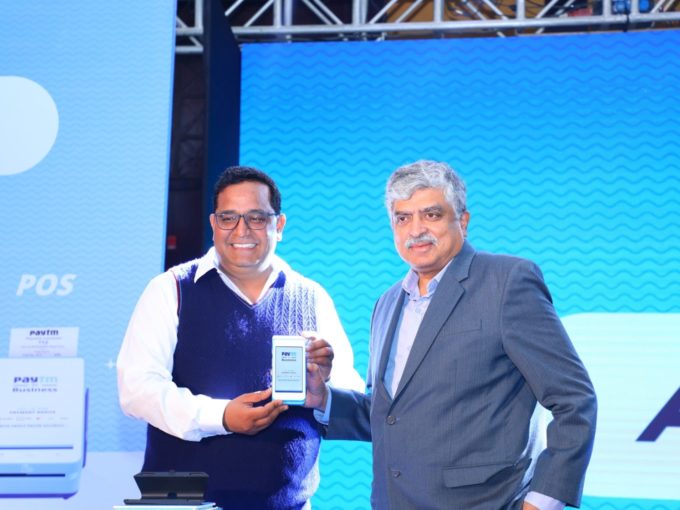 Bringing disparate digital payments options under one system, Paytm today launched an All-In-One payments system along with an SDK for third-party integration. The All-In-One system includes point-of-sale touchscreen machines, payment gateway switches and a QR code that works across UPI through Paytm or other apps, RuPay cards and for Paytm wallet and Paytm Payments Bank accounts.

Sharma added that the PoS device is used by IRCTC for food services on board.

For the All-In-One QR code, the company is also innovating on the displays and interfaces. One example is the calculator integrated into the QR code display or a speaker which confirms the transaction with an audio alert. The speaker is an IoT device with an integrated eSIM. This has been created to limit frauds such as fake payment confirmation screenshots. Similarly, the All-In-One PoS also has an in-built printer to give receipts to consumers.

The company also claims a base of 16 Mn merchants and over 10 Mn active merchants on its Paytm for Business app. It also said the All-In-One QR code has been deployed at half a million merchants. Paytm claimed it now has 300 Mn wallet accounts, 100 Mn UPI handles, 220 Mn saved cards, 55 Mn bank accounts and 150 Mn annual transactions.

In November 2019, Paytm raised $1 Bn funding in a round led by US asset manager T Rowe Price, along with investments from Ant Financial, SoftBank Vision Fund, and Discovery Capital. Paytm topped the funding charts for 2019 with that round and the digital payments company is valued at around $16 Bn. Paytm also received $300 Mn from Berkshire Hathaway last year at a valuation of $10 Bn. Paytm founder Sharma said the company will invest around INR 10,000 Cr ($1.39 Bn) to acquire customers and merchants in smaller towns.