Post the announcement of the operational numbers, Paytm was trading in green after hitting its 52-week low last week The above-stated number includes loans disbursed by Paytm’s financial institution partners to both consumers and merchants. However, it excludes the number and the value of loans sourced by third parties through advertising on its platform and aggregation of EMIs on the POS devices. 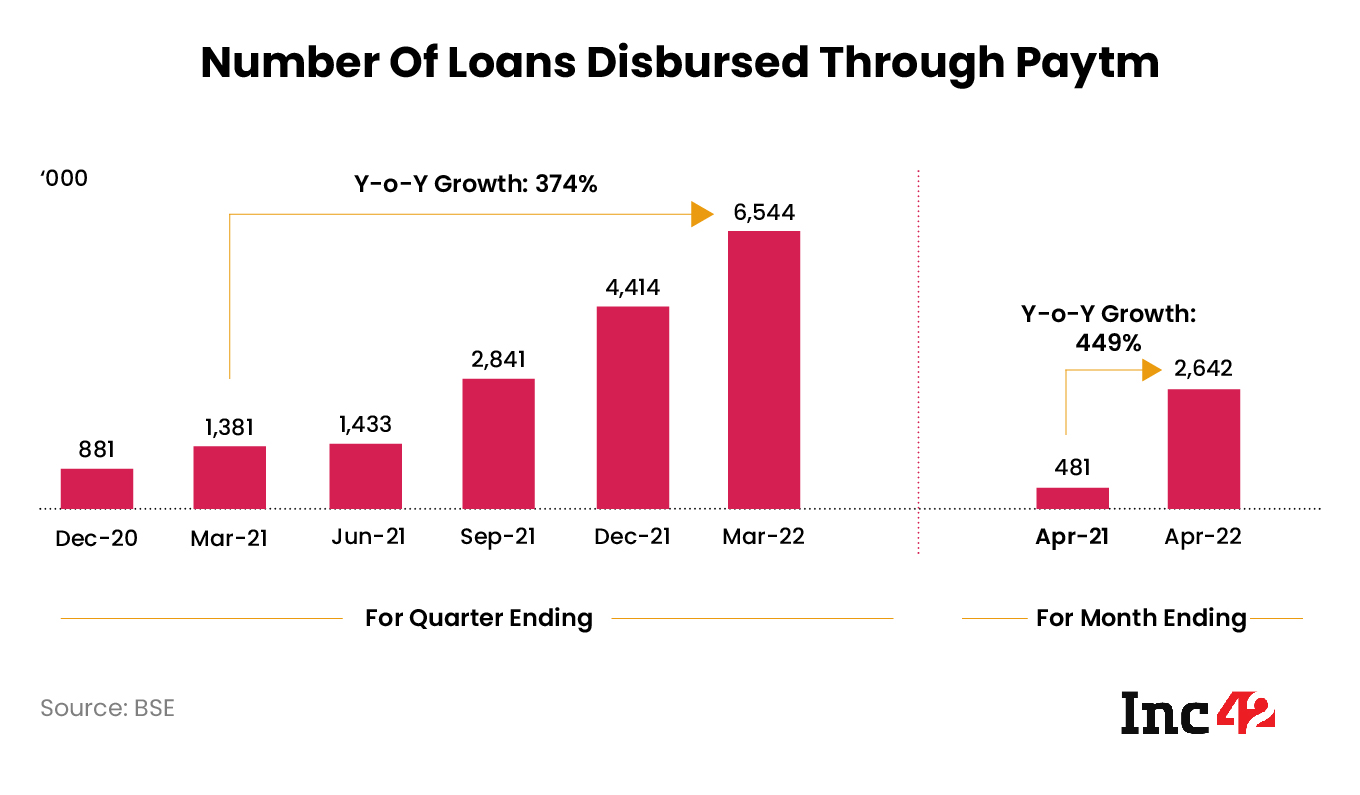 The startup also strengthened its offline payments business with 3.2 Mn point of sale and other devices deployed, the company said. The total number of devices deployed across Paytm’s merchant base has an average rate of 300K deployments per month. 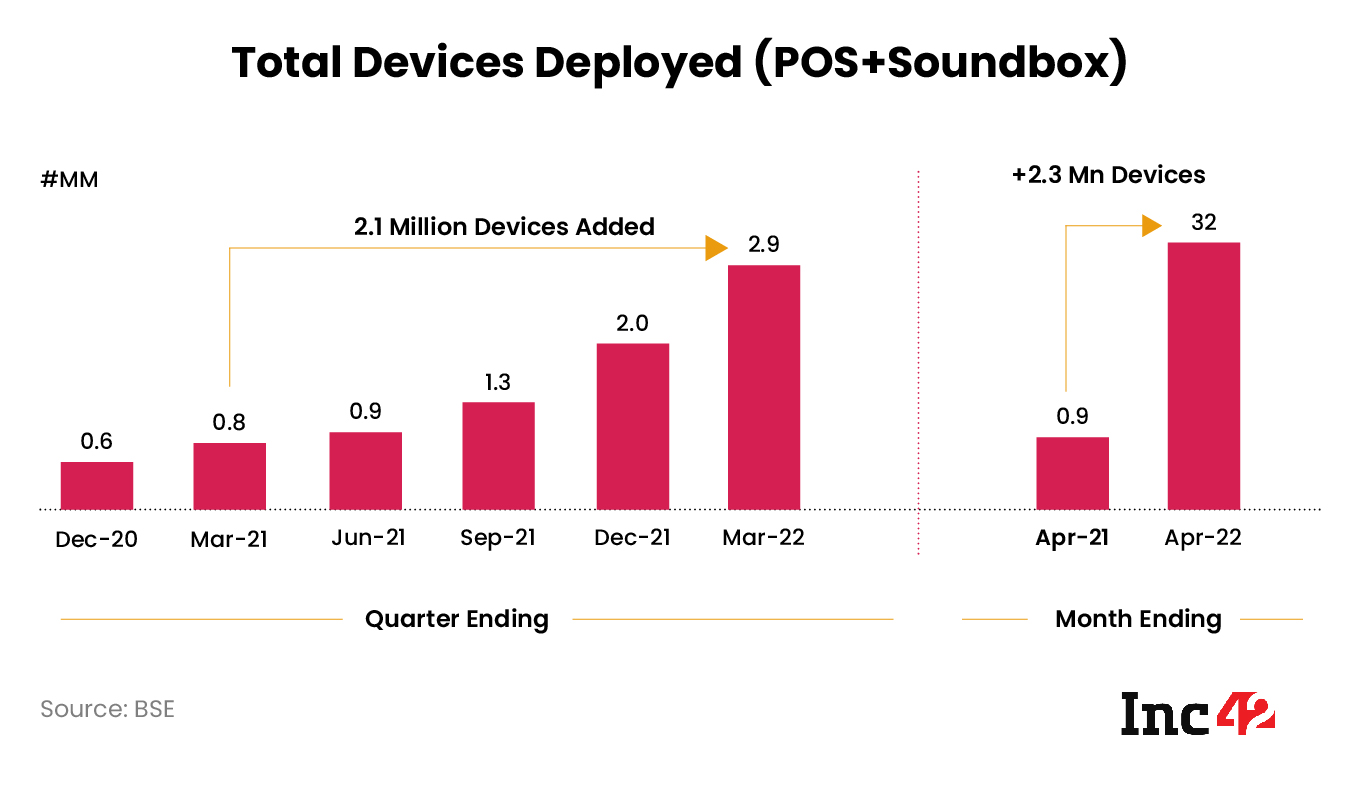 “We expect this growth to contribute to a rise in the number of merchants eligible for loans,” the company said in a BSE filing. 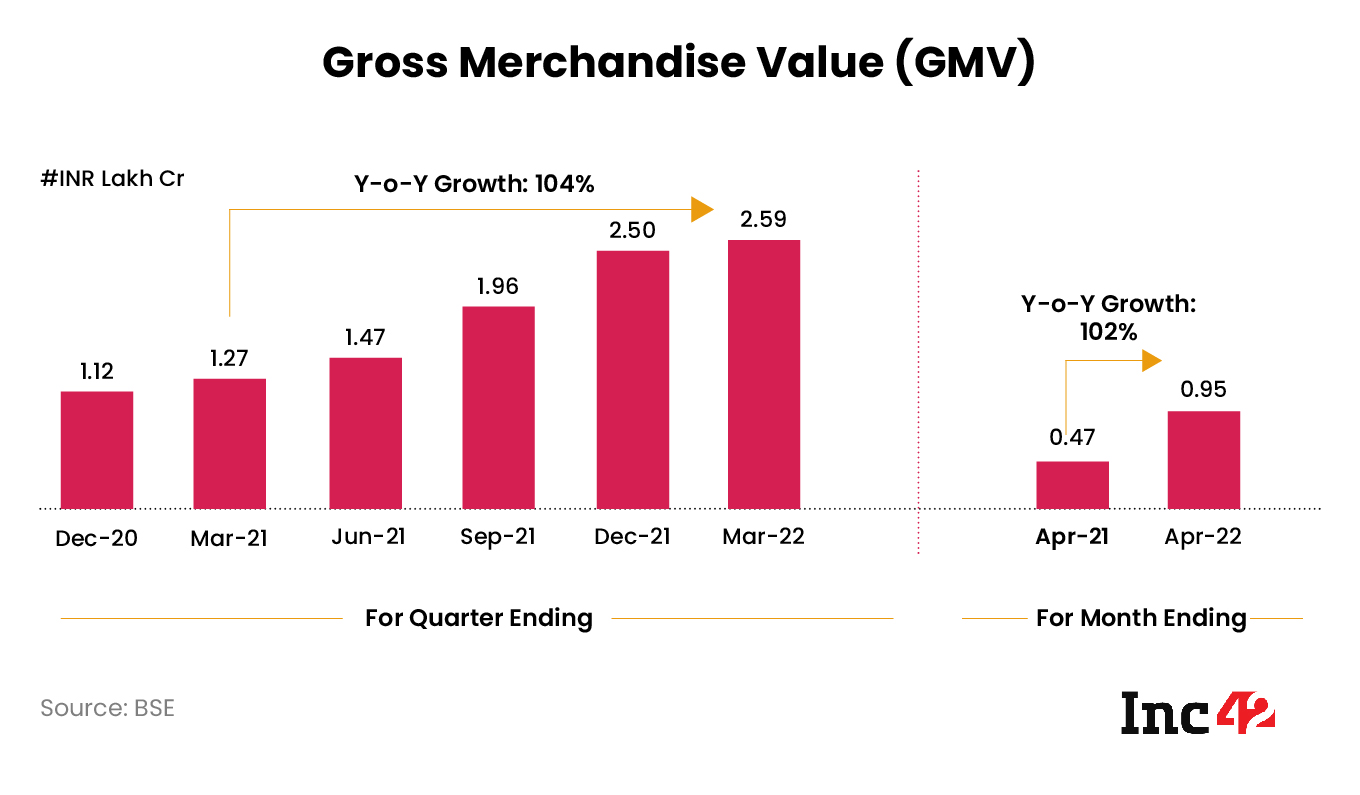 In Paytm’s case, GMV or gross merchandise value/volume refers to the total value of transactions processed on its merchant platform over the given period, instead of the formal customer-to-customer (C2C) exchange. GMV is the merchant payments processed through all instruments (Paytm Wallet, Paytm Payments bank account, other banks, net banking, credit and debit cards, UPI etc.)

The company also outlined that the number of users transacting on the platform has also grown by 44% year-on-year, resulting in 73.5 Mn users on the platform. This number is also 104% higher than the Q4 FY22 monthly average (71 Mn) as stated by Paytm. 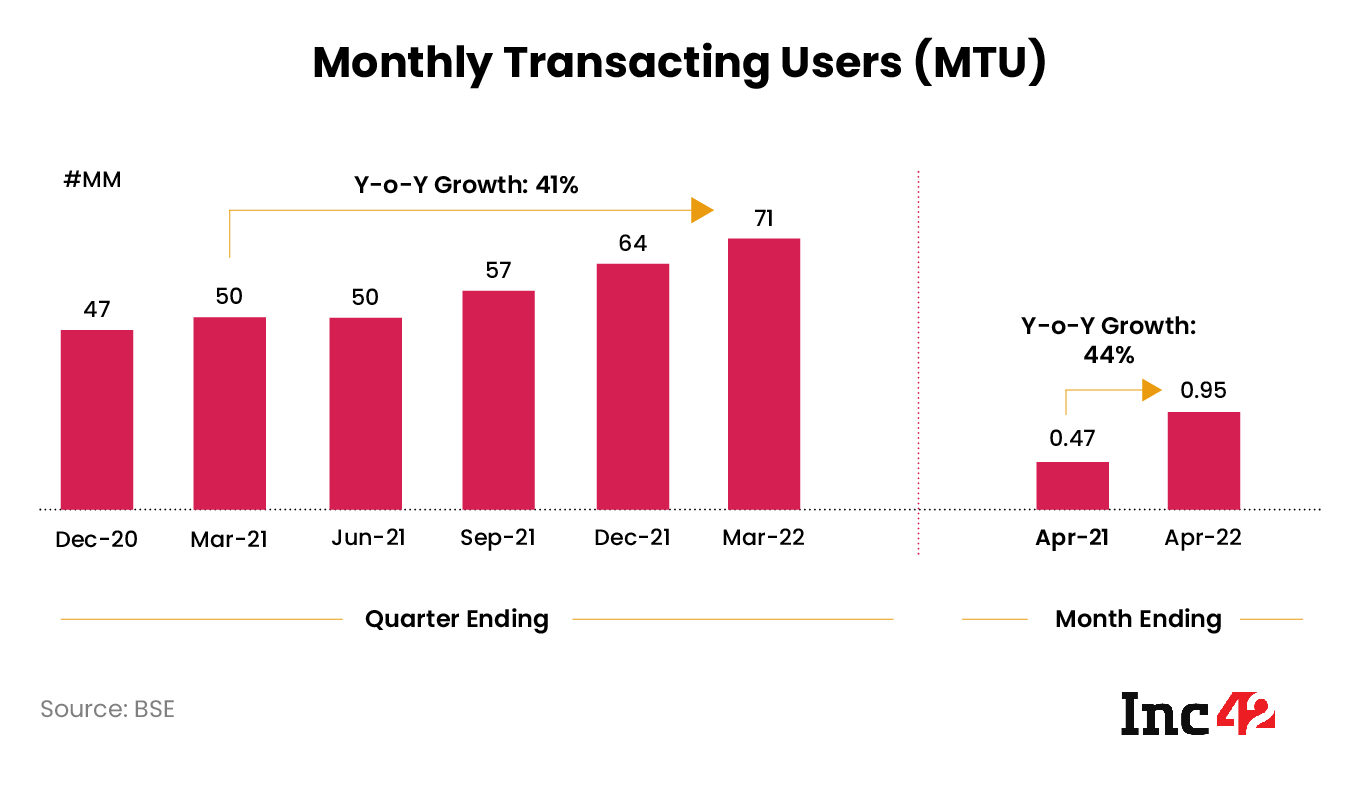 Company Shares Up By 6%

But being one of the first movers in the Indian payment sector was not enough and on its listing, the stock wiped over 20% of the market wealth on its debut day. It has since been on a downward trend and has tanked over 49% on a year-to-date basis.

In relief to the company, after the listed company announced its KPIs, the startup’s shares opened at INR 557.45 – a 2.63% rise. It continued to rise throughout the day and stayed green, weeks after continuously hitting its lowest price.