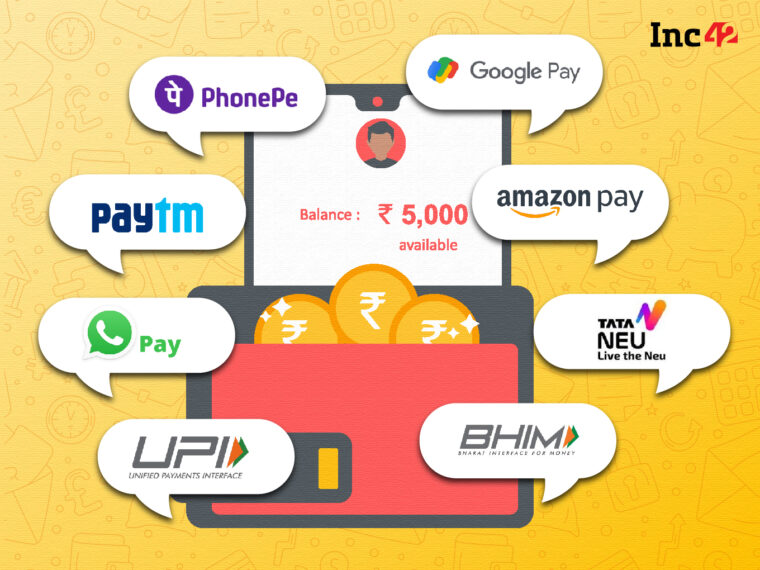 For the first time, Paytm crossed INR 1 Lakh Cr in transaction volume, and still held only 10% of the UPI market 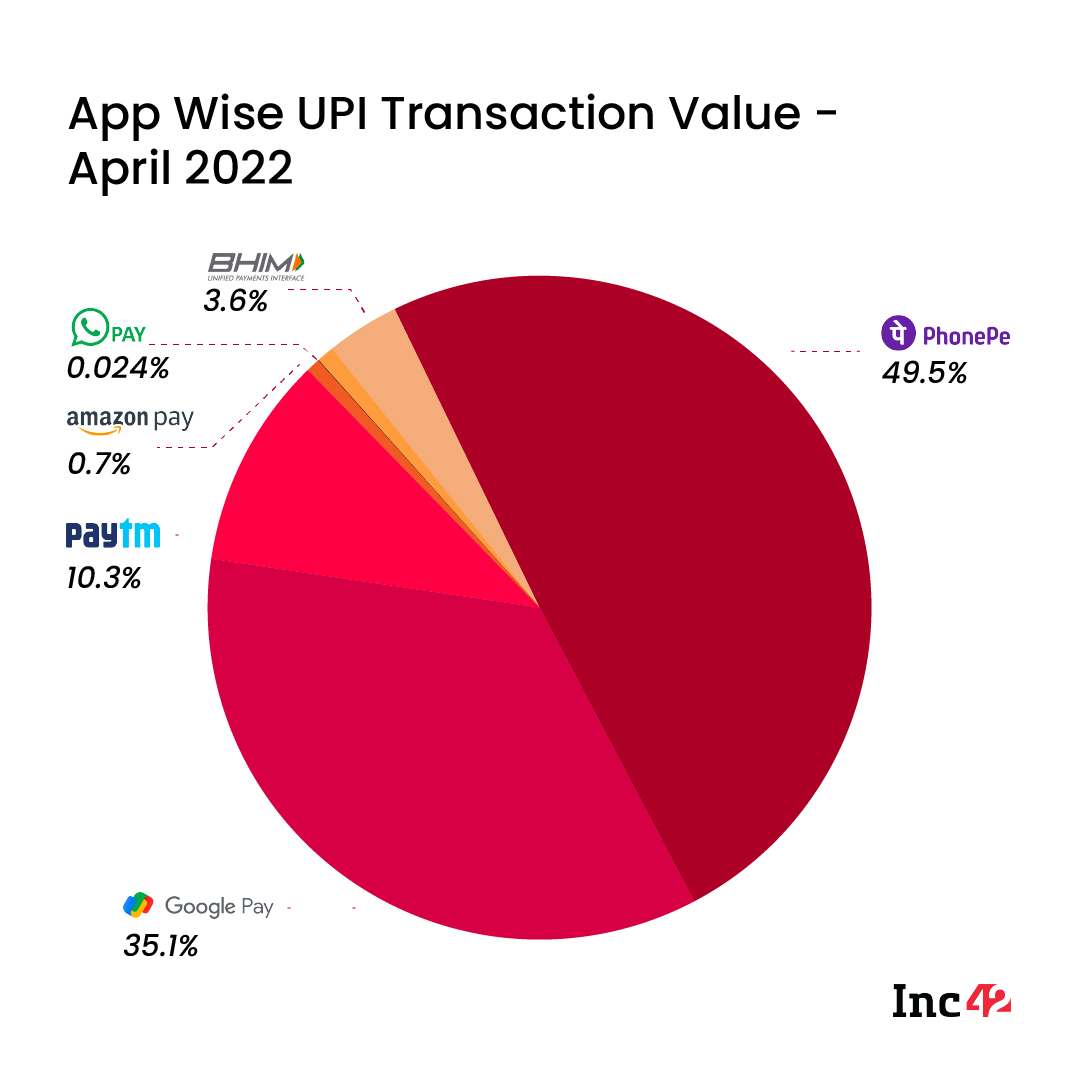 Starting last month, with the introduction of UPI123Pay, we at Inc42 have also included BHIM in our UPI payments list. BHIM recorded 2.57 Cr transactions worth INR 8,352 Cr in April, a month-on-month (MoM) increase of 10%. Showcasing that users were accepting BHIM on feature phones, over 37,000 users joined UPI123Pay and 21,833 successful transactions took place since its launch on March 8, 2022 (as of March 28, 2022), the government informed the Parliament earlier. 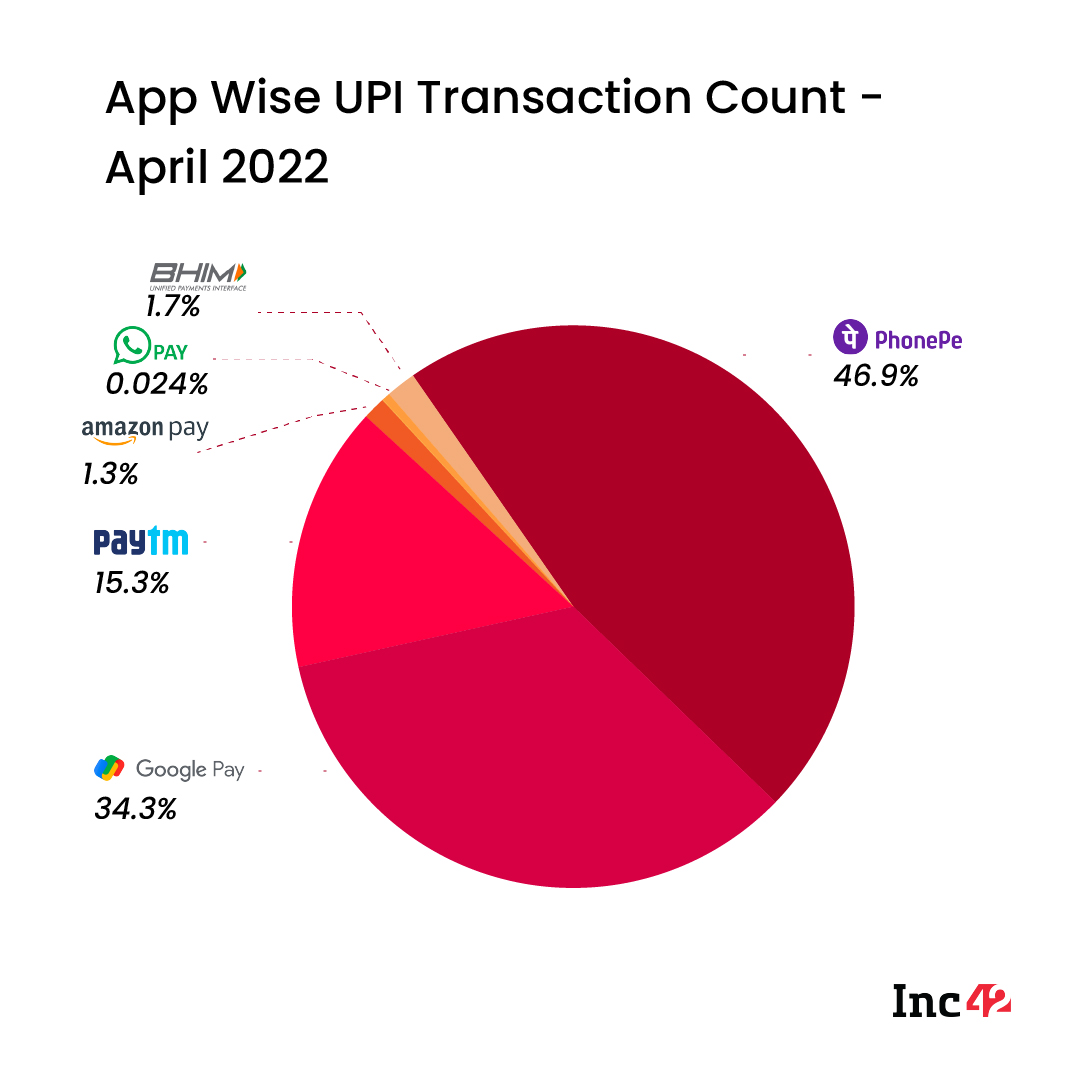 Google Pay was second in line, commanding a little over 35% of the total market share in April 2022 with transactions worth INR 3.45 Lakh Cr. While Google Pay’s UPI transaction count grew 10.17% MoM, its total share based on the number of transactions remained the same as in the last three months – 34%. Both PhonePe and Google Pay are looking to reduce their market size owing to the TPAP guidelines. The guidelines intend to discourage monopoly (or in UPI’s case duopoly), by limiting the market cap to 30% per payment app by December 2023.

Both PhonePe and Google Pay will have to reduce their market cap by about 20% and 5%, respectively, while the National Payments Corporation of India (NPCI), which owns UPI, has already restricted the use of UPI on WhatsApp to regulate competition.

WhatsApp had 487 Mn registered users in 2021 in India alone, with 390 Mn active users, growing 16% year-on-year. Thus, to restrain WhatsApp from undermining the competition and creating a monopoly, its initial rollout was limited to 20 Mn users. 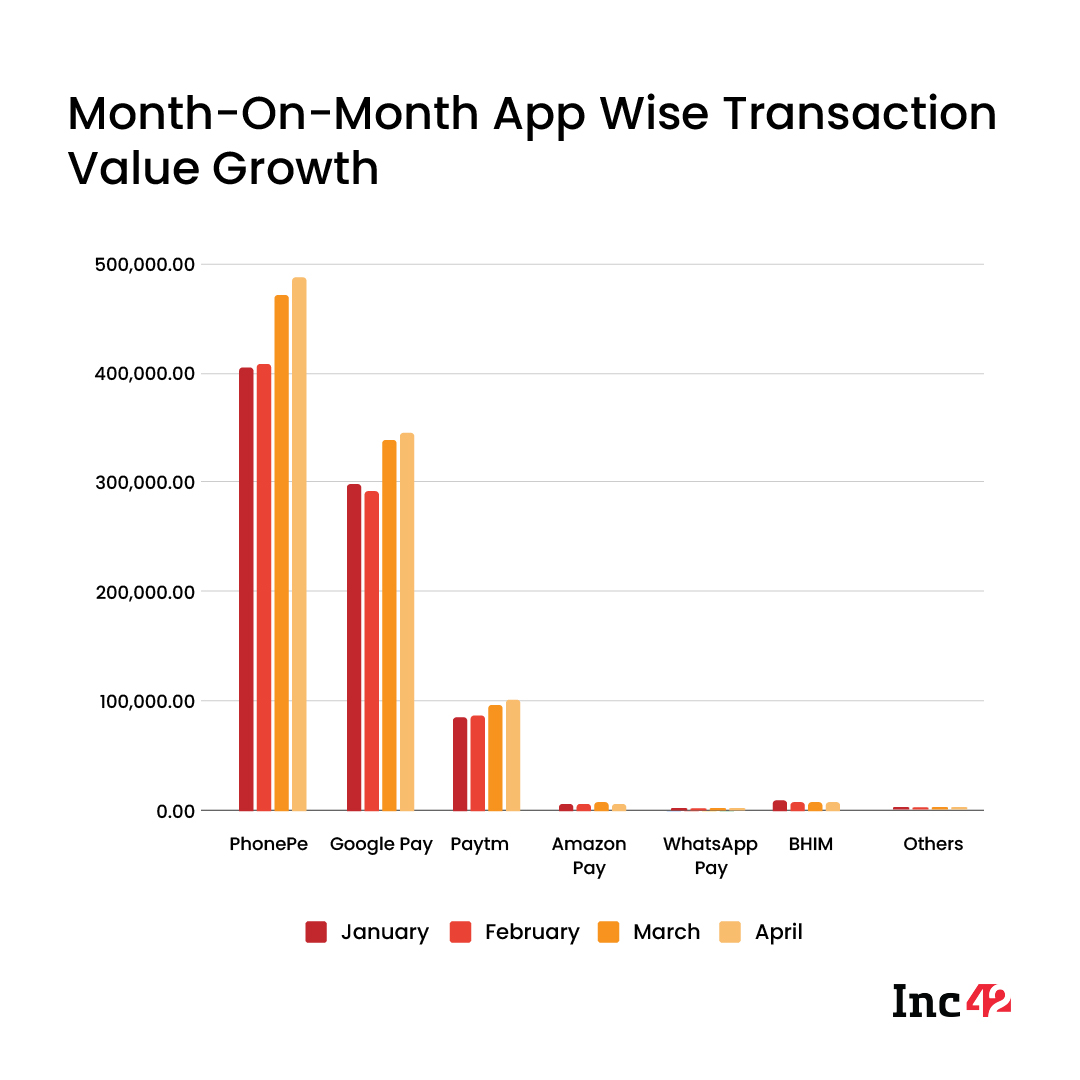