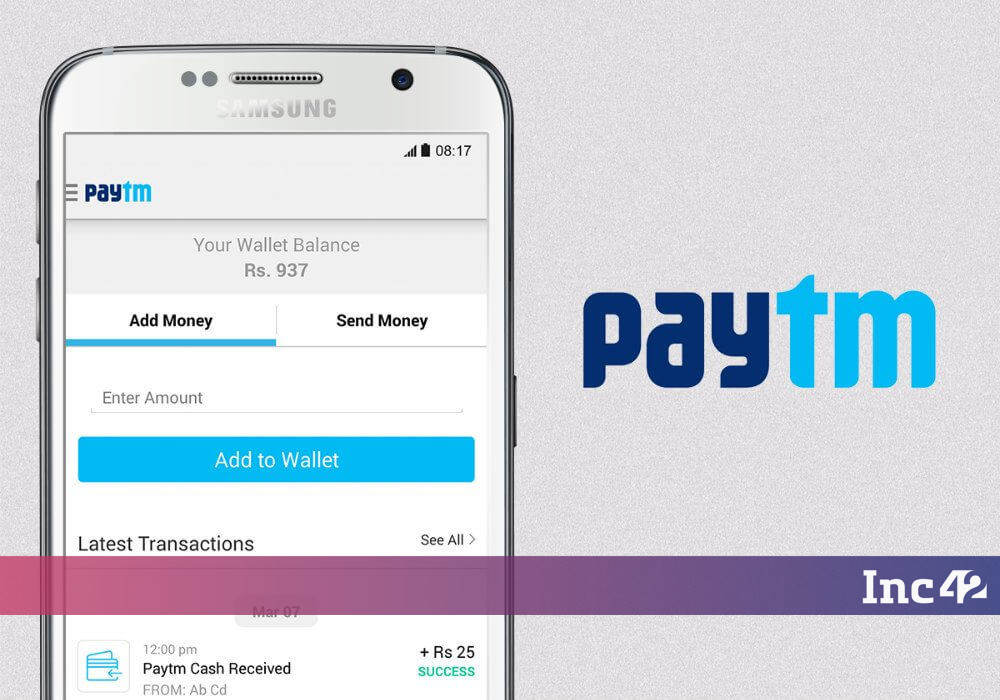 Hours after a sting video was released on Youtube showing two senior Paytm executives on camera allegedly discussing to run a covert political campaign and disclosing they were requested by the government to give user data, India’s digital payment giant has claimed that there is absolutely “no truth” in the content. The controversial video has been released by investigative news outlet Cobra Post and one of the executives shown is Paytm CEO and founder Vijay Shekhar Sharma’s younger brother.

The insinuation of giving away data of Paytm users during the stone pelting incidents in Kashmir on the request of the PMO is perhaps the most damaging, although, information over when this request took place and if or how it was serviced isn’t clear from the video.

“Our users’ data is 100% secure and has never been shared with anyone except various law enforcement agencies on request. Thank you for your continued support,” Paytm spokesperson said to Inc42.

The sting titled ‘Operation-136 II’, was carried out by investigative news outlet Cobra Post. It is a 13-minute long video that shows Sudhanshu Gupta, VP Paytm and Ajay Shekhar who is the Senior VP at Paytm, discussing a deal with an undercover journalist Pushp Sharma who used the name Acharya Chhatra Pal Atal and claimed that he is part of an NGO called Shrimad Bhagavad Gita Prachar Samiti, which he said is affiliated to the RSS.

Sudhanshu Gupta was the first person from the company to talk to Sharma and met him at the company’s Noida office. Gupta claims that Paytm has previously promoted Prime Minister Modi’s book ‘Exam Warriors’ of giving it prominence by placing it on the homepage. During the discussions, Sharma establishes his credentials of his affiliations with the right ideology and discusses how his Hindutva agenda can be run subvertly on the platform.

In a follow up meeting which takes place in a Delhi restaurant, Gupta along with Ajay Shekhar, delves deeper into providing the details of his political affiliations with the ruling party taking names of many leaders from the BJP and RSS. It is over here that we get most of the controversial accusations. Shekhar allegedly says that the company got a call “personally from the Prime Minister’s Office” to give data of users to ascertain if the stone pelters were Paytm users and he goes on to claim that the RSS runs in his blood.

As the conversation moves along, Shekhar is surprised that he is unaware of the proposed campaign to be run and is confused over why he wasn’t directly approached for this because it’s a big decision that involves the RSS for whom he has in the past done many things, some of which he can’t say.

From Accuser To Accused

This accusation comes at time when Paytm itself has been making a case for strict data privacy laws and is one of its most public proponents while attacking WhatsApp over possible misuse of consumer data. This was following the launch of WhatsApp Pay beta, a peer-to-peer payments service in India that will allow WhatsApp users to send and receive money from within the app.

“What needs to be taken care of is that data that gets generated here, stays here. It should not leave the boundaries of the country. The second thing is about the ownership of the data. We are very clear that as far as ownership is concerned, it is the people who should own their data, not the corporate or the government. At the end of the day, it is their data and they should own that data,” Paytm COO Kiran Vasireddy had told moneycontrol last month.

This is the biggest PR controversy to be faced by the company in its history but this is not the first time that Paytm has been accused for being close to the ruling government.

Post the demonetisation of $7.38 (INR 500) and  $14.77 (INR 1,000) notes in November 2017, Paytm went on an advertisement blitzkrieg with a reported budget of $88.6 Mn (INR 600 Cr) which also featured front page ads in newspapers with Prime Minister Narendra Modi’s picture, congratulating him on the “boldest decision in the financial history of independent India”.

This certainly did raise eyebrows with Congress President Rahul Gandhi who used the company to criticise the government by saying Paytm means ‘Pay to Modi’.

The sting has created waves in India with Paytm becoming one of the most trending topics on Twitter. Here are some of the reactions from the social world.

Vijay Shekhar Sharma and any of the accused are yet to comment on the news and the only reaction has been the 43 word statement from Paytm stated above. But as the news gains traction, the company will be expected to give a full clarification regarding the validity of the accusations and if it is taking action against any of the accused.

Meanwhile, more questions are likely to come not only from the media and users but also from the political parties who are gearing up for the 2019 elections and will not let this issue subside.