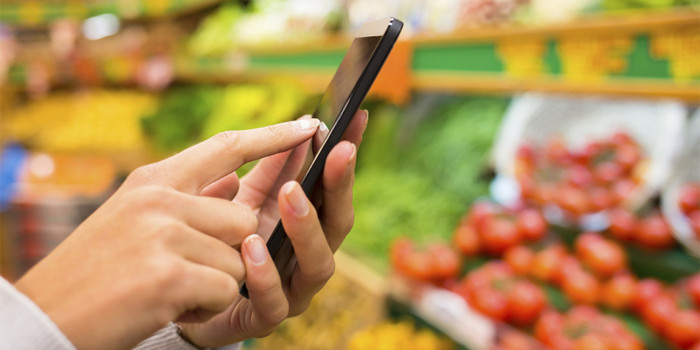 If industry veterans are to be believed, then, online grocery market is the new barbeque that everyone wants to roast upon. India presently ranks sixth amongst the largest grocery market in the world. The retail market in India is expected to hit $725 Bn (about INR 43 lakh Cr.) by 2017. Retail consultancy Technopak estimates online grocery business to grow at a rate of 25-30 per cent in major cities of India.

Entering the league, this time is Alibaba backed, One97′s flagship brand, Paytm. The Mcommerce platform, Paytm is set to enter the online grocery market under a new vertical which will be headquartered in Bangalore. The company is floating a new app called Zip to connect users to both local offline as well as online grocers.

The online mobile payment platform is said to be raising $575 Mn funding from Chinese ecommerce player, Alibaba through its affiliate Ant Financial Services.

Paytm plans to use a part of the fresh funding in its new grocery etailing, business. It expects that online grocery will help boost its transaction rates and customer acquisition, which are an important benchmarks for investors at the time of valuing a company for fresh funding.

With the arrival of online grocery in online payment platform’s kitty, Paytm will stand face-to-face in competition to other horizontal and vertical players.

Interestingly, the new grocery business will operate as a  separate entity handled by Paytm. Primarily, the company is focused to start the operations with a small team of 20 people handling about 10,000 transactions in the first few months. While, the average ticket size for transactions in this segment is INR 400-800.

Vijay Shekhar Sharma, founder and chief executive of One97 Communications, said, “We want to build the whole ecosystem. We have been working on this for the past four to five months and the beta run of our separate app, for grocery business, is underway.”

Founded in 2010, the online payment platform presently offers a marketplace for mobile applications including mobile recharge, utility bill payments and inter-wallet and wallet-to-bank money transfers. The company recently announced that it has 50 Mn wallets on its platform which it further plans to take to 100 Mn by the end of this year.

The online grocery market in India sees waves coming from three ends. Firstly, from the ecommerce marketplaces like Amazon, Flipkart and Snapdeal. Just last month, Amazon announced its foray into the online grocery market through “Kirana Now”. This hyper-local delivery model offers a platform to the consumers to order online and pick up from their local kirana store. Whereas, Flipkart is reportedly going to make a foray into grocery market in later half of this year and Snapdeal too is testing hands in grocery after it got Godrej Group’s food retail arm Godrej Nature’s Basket on board.

Secondly from the brick and mortar stores such as Reliance Fresh that announced their foray into online groceries market with the launch of a new website, last year. Just last week, Tata Group launched grocery etail shop.

And thirdly from the established niche players such as BigBasket.com, Localbanya.in, go4fresh.in among others. BigBasket, which is the largest player has over 12,000 products from 1000 brands, earning a revenue of more than INR 250 Cr every year, BigBasket is valued at over $100 Mn. The startup also, received fresh funding of INR 200 Cr to expand in 10 more cities last year.

Another sort of startups in the grocery space that have recently grabbed attention are the one’s in the hyperlocal delivery space. Players such as ZopNow raised $10 Mn in funding just last week, to expand to 15 more cities and Peppertap, which is also into hyperlocal delivery of grocery products also raised $10 Mn amount in funding and Grofers which apart from grocery also delivers other products also gazed funding of $35 Mn.