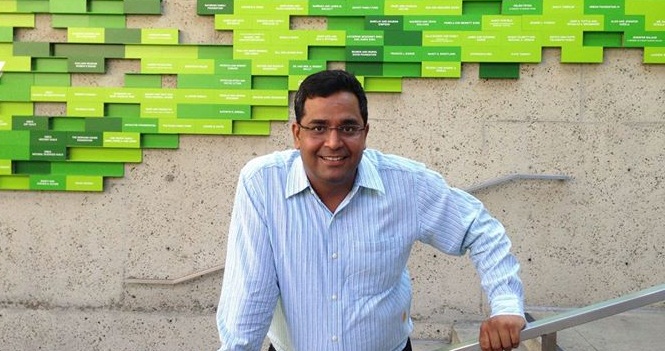 The world is moving increasingly towards mobile and people want access to it from wherever they are, whenever they need it. Paytm, which is on its way to revolutionise mcommerce in India, has recently announced that it now has 50 Mn wallets on its platform and further wants to take the number to 100 Mn by the end of this year.

Paytm started by offering mobile recharge and utility bill payments and currently it offers a full marketplace to consumers on its mobile application. It authorizes inter-wallet money transfers and wallet-to-bank transfers, wherein a customer can transfer the money stored in the online wallet to a bank account. Paytm clocks over 60 Mn transactions per month, with an average user transacting four times every month on its platform, the company said.

According to the company, 16 Mn of these total 50 Mn wallets transact on Paytm in any month.

One97′s flagship brand is already reaching out to a huge number of people including autorickshaw and cab drivers, who prefer a wallet for a hassle-free payment method, said chief executive officer Vijay Shekhar Sharma. In fact, since the last year, taxi hailing service Uber is also using Paytm’s wallet to pay for rides.

“It is a matter of great pride that over 50 Mn Indians have trusted us with their money, and 1/3rd of them transact on Paytm on any given month. We do over 60 Mn transaction per month, which makes us the largest mobile commerce player. In fact, we are larger than all the other mobile commerce companies put together. Our mission is to be and remain India’s most trusted mobile commerce platform; we have never taken even a single consumer for granted. Our consumers are at the center of our universe and this landmark is a reaffirmation of their faith on us. We believe that half a billion Indians will be a part of the Paytm story, and we will help in on-boarding them into India’s mainstream economy, using mobile payment & commerce services,” he said.

Just last week, Paytm tied up with Axis Bank (2500 branches) and Yes Bank (1000 branches) to provide an easier way for user to add cash in their Paytm wallet in offline places.

Paytm is said to be investing aggressively in advertising, brand building and wants to spend close to INR 500 Cr. on marketing in current year. It had recently tied up with popular Indian Premier League cricket tournament as an associate sponsor on Sony and is also the official sponsor of the Mumbai Indians team. The company is said to be spending close to INR 50 Cr. towards the cricket championship. In February, Alibaba Group, through its affiliate Ant Financial, announced plans to buy a 25% stake in Paytm in a move to tap the fast growing mobile payments business in the country. The company recently has also attracted Ratan Tata’s attention, who invested in the company few days back.

In this space, recently, Snapdeal had acquired Freecharge for over $400 Mn.

Paytm is the consumer brand of India’s leading mobile internet company One97 Communications. One97 investors include SAIF Partners and Intel Capital among others. It has about 22 Mn app users, with 15,000 merchants accepting its wallet. It also has plans to set up 30,000 to 50,000 offline retail outlets to help people with cashless exchange and provide basic customer care.