PoS Startup Pawoon Was Launched In 2014 By Founder Ahmad Gadi 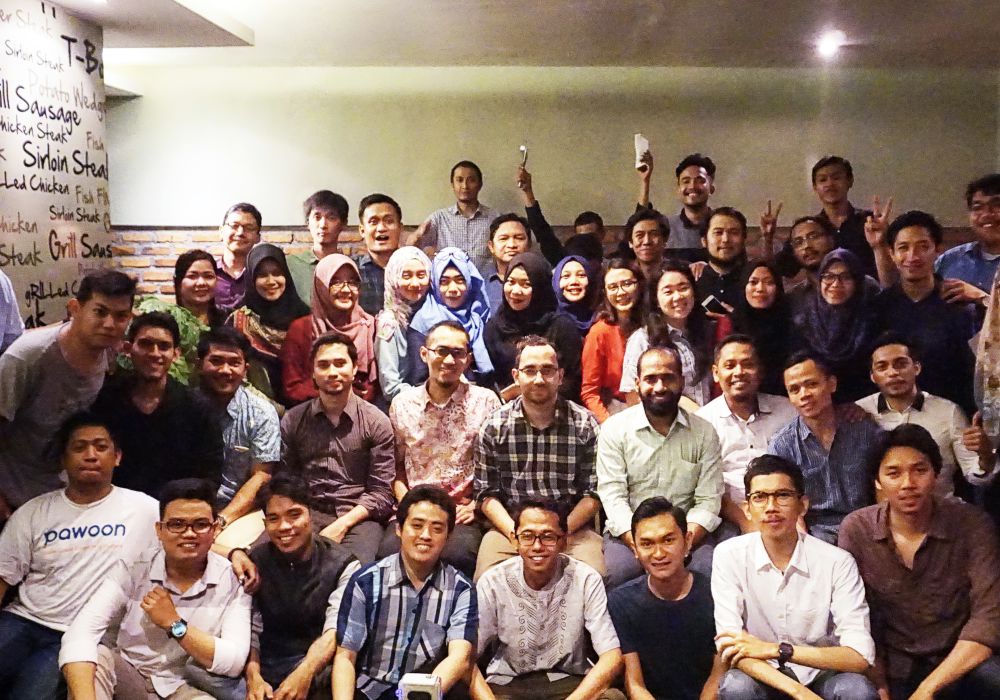 “Everything related to your business should be available in the data kitchen. Be it sales, inventory or CRM,” begins Ahmad Gadi, founder of Indonesia-based PoS  (Point of Sale) startup Pawoon. For the uninitiated, Pawoon is a play on the Javanese term ‘pawon’ – which stands for kitchen.

With this simple one-liner, Ahmad zeroes in on the basic problem plaguing SMEs in Indonesia i.e. lack of transparency and record-keeping. As Ahmad shares, the archipelago of Indonesia consists of 19,000 islands. These islands have about 50 Mn+ small and medium enterprises (SMEs). And, most of processes in these businesses are run traditionally – everything including inventory, sales, and recordkeeping are managed manually. 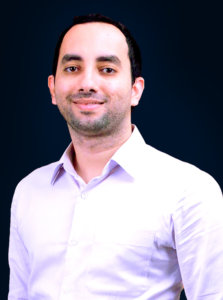 “This way of running business leads to leakages, leading to loss of revenue. For one, if the inventory is not online and optimised then the business owner cannot ensure they have the right product for the right customer. Stockkeeping becomes an issue.” He also cites the example of sales employee theft which reportedly is a common occurrence in Indonesia. “Something as small as giving the wrong change could lead to loss of revenue.”

To address these problems of efficiency and transparency for small businesses in Indonesia, Jakarta-based Pawoon was built as a cloud-based, Android PoS platform in 2014. At the time of launch Ahmad claims it was just him and a team of two engineers. The platform was meant to solve problems on three fronts – inventory management, CRM (customer relationship management) and sales/bookkeeping.

The startup has raised two rounds of funding, most recently, with homegrown VC firm Kejora Ventures, which led a $3 Mn Series A round.  Today, Pawoon is present in 40 key urban centres of Indonesia such as Surabaya, Bandung, Medan, Makasa and Bali. Ahmad also claims to have onboarded almost 40,000 businesses in Indonesia onto the Pawoon platform.

From Incubating At Ideabox Accelerator To Launching MVP: Pawoon Origins

A point to be noted here is that, much like India, the digital explosion in Indonesia and the proliferation of startups were concentrated in consumer Internet space. Most prominently, ecommerce. As  of 2015, SaaS as a  vertical, did not receive much audience or investor interest.

But Ahmad was very clear on two things – the problem they were trying to solve and the way they were going to use.

“Point of sale (PoS) is an important aspect for every small business in the world. It’s the entry point of commerce and money for the business. And PoS will only work if the selling experience is good when the customer is satisfied and all of this has been recorded properly. So we decided to build a data kitchen which would be the gatekeeper for all this information.”

It was in November 2014, that they got accepted into Ideabox Accelerator’s four-month programme. And it was there that they were able to build out the MVP version of the product.

“Ideabox also opened up our networking to investors. Something we needed at the time,” Ahmad shares candidly. 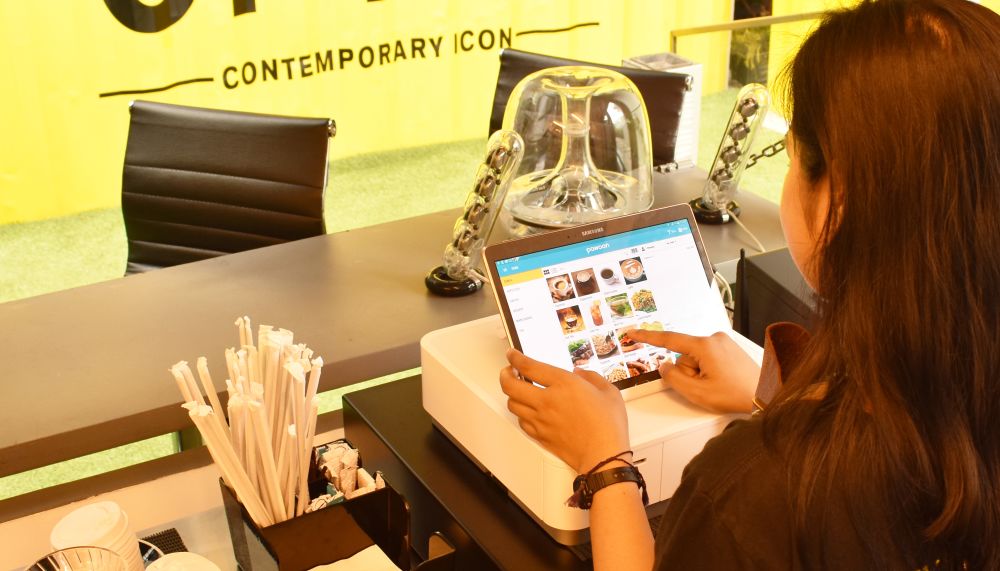 Pawoon’s PoS platform was launched in May 2015, after the team had graduated from Ideabox. The product was priced at $15/per terminal and they amassed the initial few clients.

But, because investors needed validation of the product, Ahmad’s first challenge was to not just generate revenue but to also accrue clients. “We weren’t just bootstrapped at the time. We even downsized to two people from a team of three. So it wasn’t even technically a business, at the time.”

Thus, Ahmad had to personally onboard the first 200 outlets while singlehandedly managing customer support for the platform and fundraising. The major challenge here? Convincing the client for adopting a cloud-based, mobile platform.

The Pawoon founder admits that the most major learning from his time talking to potential clients was the close connection that was established between them. Perhaps, this was the reason why Pawoon’s product is available in Bahasa Indonesia, the most widely-spoken dialect in Indonesia, as most of its users the local cashiers spoke the local dialects more than English.

But, as persistence is the name of the game, Ahmad’s longtail gamble paid off and Pawoon raised an undisclosed round of Seed funding in 2015. “We focussed on two things in the first six months of launching the product. Understanding what the customers wanted and making sure that the product solved for these wants.”

As per Ahmad, after they raised the funding the team grew from 2 to 70, most of the team consisted of people coming a sales background. The startup also expanded its presence across 40 cities in the country in due course of time.

It is interesting to note here, that India has mPoS or cloud-based PoS solutions across different verticals, instead of a group of companies banding together to solve for operations across all SMEs. For restaurants, startups such as GoFrugal, Posist, and Weaver POS have created easy-to-use technologies. Sales Neuron has created an inventory-based platform for the gems and jewellery industry, primarily. Startups like Zenoti are working to improve operations in the health and wellness space, while Pharmarack looks to automate the pharma industry.

The platform is in the local language – Bahasa – with multiple fields of information such as user details, itemisation etc. “We know all the tricks that a cashier has up their sleeve, so we have tried to close all the loopholes.”

Exceptions and permissions are also built into the system to make it harder for cashiers to skim off the top. For instance, there is a limit on how many times a user is authorised to print a cash receipt. This is because, sometimes, when a customer comes in and buys a small-ticket item the cashier prints more than one receipt for the same and pockets the difference. 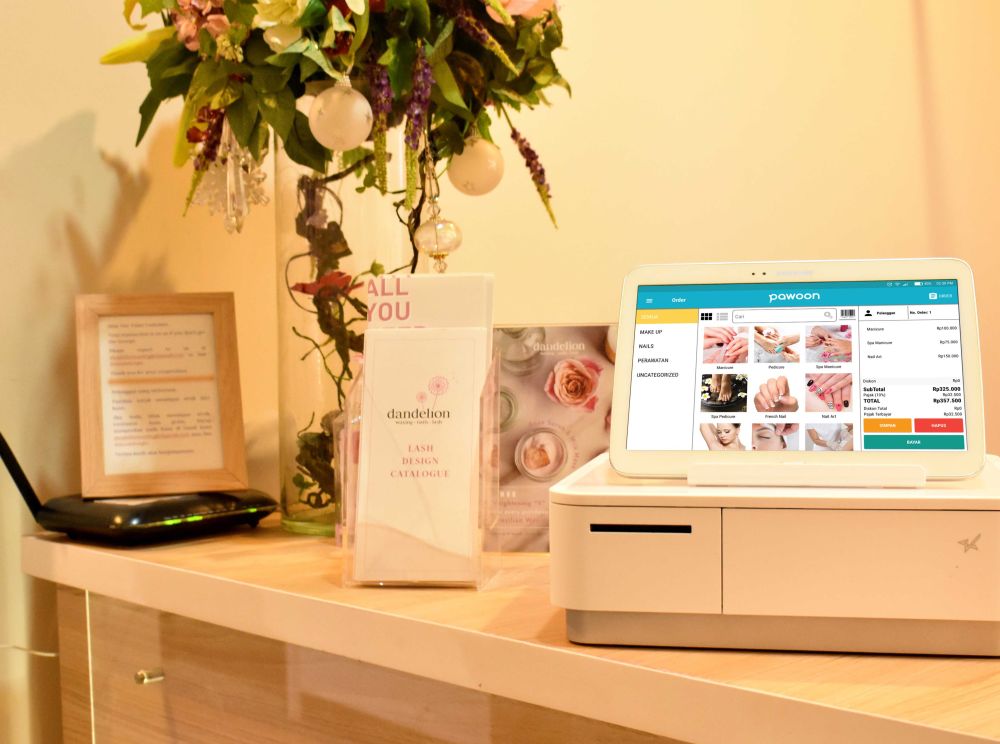 On the CRM front, the product offers a chance for users to build a complete customer profile that will help them understand their users. This could be help to build personalised communications for a softer-sell via emails, pop-up notifications, offering specific discounts to a specific bucket of customer etc. The CRM dashboard also allows a business to connect with unengaged customers to upsell to them.

Business owners, on their part, can monitor their business via a dashboard that parses trends and insights, specific to them. Trends such as top-level sales, customer behaviour and inventory checks right down to the level of knowing product availability for every branch of the business are configured on the dashboard in visual form.

Insights include detailed reports of hourly breakdowns of traffic, the busiest times for the store/outlet, sales per product, and inventory availability across multiple locations. “A user has all this information on his smartphone at the click of a button, in real-time.”

Pawoon counts companies such as MOKA, Olsera, Dealops, iReapm, OmegaSoft, Kazir as its competitors in Indonesia. Moka allows its users a mobile, cloud-based PoS experience exclusively on the iPad and costs $19/month/per terminal. Dealops offers offline browsing and checkout functionality and is relatively affordable at $10/user.

But Ahmad counts a few things as the company’s core differentiators. For one, due to their early conversations with customers, the product is extremely localised – right from language to UI to time taken to onboard.

The Pawoon team even has a training programme in place to onboard new users. “Because the platform operates in a language understood by the users, training time is reduced and they feel more comfortable and confident operating it.”

This ease of use and convenience in adoption accounts for the 40,000 clients that Pawoon has amassed till now. Ahmad discloses that about 60% of the clients come from the F&B (food and beverages) vertical.

The company is also extremely active on the direct marketing front – be it business exhibitions, expos and more. In fact, Ahmad tells me of how they scored their biggest client, an Indonesian franchise with 200 outlets through an exhibition. The head of the company was interested in using tech to keep track of the huge demand and supply that is in line with the supply ordered from HQ and ensure at the same time, all done seamlessly, in real-time.

“F&B requires a huge turnover in order to remain profitable. These businesses are always looking for ways to save money and time. Our system is intuitive, localised and easy to use. It’s a win-win.”

Like all SaaS startups across geographies, this Indonesian SaaS startup too has a few challenges that the team looks to tackle in the coming months.

“We are always trying to answer this question – How to educate the market? Non-tech savvy SMB owners are still not ready to understand the concept of installation versus pay-as-you-go. It is only when they realise that they don’t have to worry about the backend that they become convinced. This is our major and ongoing challenge.”

But, it’s not just about challenges for the three-year-old startup. Their future plans include a few product innovations, although Ahmad is reluctant to share the details with me. He does reveal that it is related to SMEs and essentially will allow them to market themselves to better engage with customers.

“We are also planning to double our team size in order to increase our sales and distribution networks,” Ahmad says.

For a startup that has just begun scratching the surface of catering to the millions of SMEs in Indonesia, the plan seems sound enough to carry them through.

Last year, Indonesia’s Finance Minister Mulyana Indrawati talked about the importance of the micro, small and mid-sized businesses operating in Indonesia where she mentioned that they formed the backbone of an emerging economy like Indonesia. According to Indrawati, SMEs account for 99% of all businesses in the country, providing 107.6 Mn jobs. She also shared that SMEs contribute 60.6% to Indonesia’s GDP.

These are the facts. The economy in Indonesia is entirely dependent on SMEs, process efficiency, transparency and time-management are key to scaling up. With companies like Moka, Pawoon, Kazir etc. taking up the mantle of providing PoS solutions to a mobile-first client, the chances of them taking a viable share of the SME market pie grow higher. But, it also has to be noted that Indonesia is vastly diverse – in terms of geography, language, socio-economic strata, level of education and more. These factors are important because a startup like Pawoon deals with small business owners who have minimum employees.

The question then would be, how Pawoon maintains its lead in the PoS startup space in Indonesia, while combating incumbents like Moka and scale to its true potential of reaching the millions of SMEs operating in the country. This is what will need to be observed in the foreseeable future.