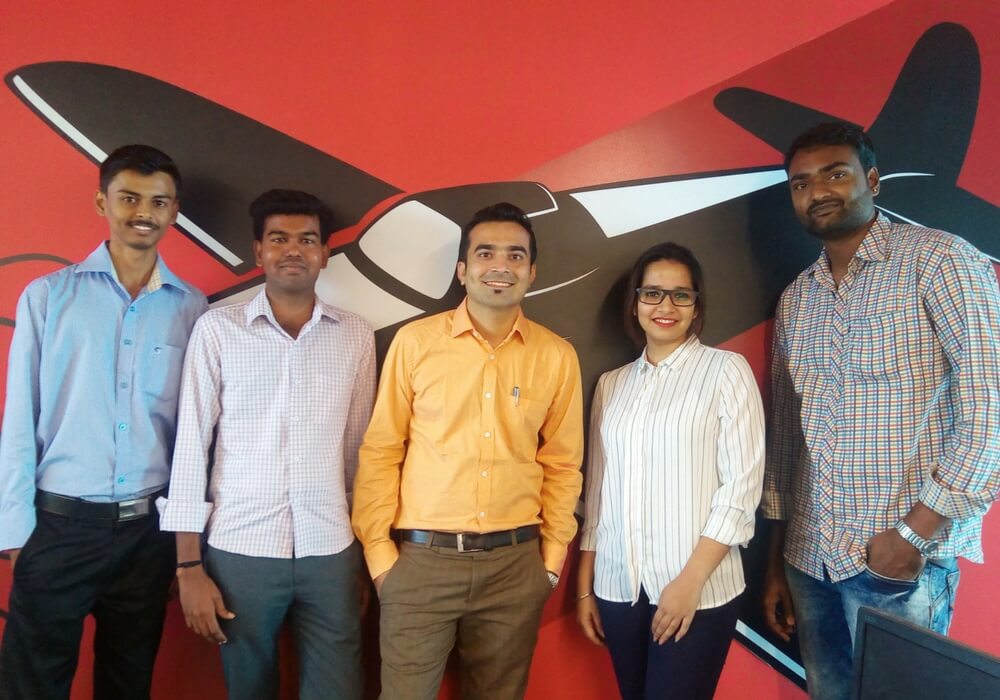 This is the scope of the gems and jewellery industry, according to a report by India Law Offices. And this industry, like many others, is still stuck in the ‘old ways’ of doing business i.e. following manual and handwritten processes for everything, from checking sales to taking inventory and paying employee salaries. The business owners are wary of digitising their business for two reasons – it’s extremely cash-dependent and cash-sensitive.

Being the owner of jewellery stores in Chennai,  Arvind Uttam Chand’s family too faced these problems. Post his masters in Technopreneurship and Innovation from Singapore’s Nanyang University in conjunction with Stanford University, he realised he was ideally placed to do something about this situation.

“The idea was very simple – to enable the jewellery business with technology.”

And that’s how a simple holiday visit with family in 2012, turned into an enterprise solutions platform for the gems and jewellery industry – offering inventory and sales management including an RFID scanner to reduce stock-taking time, simplifying business processes and more – Sales Neuron. 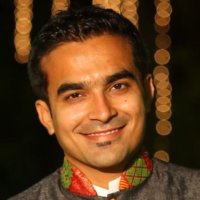 After starting a business in college and exiting from it, Arvind understood the value of conducting due diligence before starting a new venture. He spent one and a half years (2012-2013) to properly understand the market and existing operating software, namely, Acme Infinity, Jilaba, Ornate Software. “The main problems in these systems was that the tech was not advanced, available only on desktop and no other platforms. They were not mobile-ready, never mind having a web app presence with cloud,” he chuckles.

The company was incorporated in March 2014 and they took about four-five months to build the product. The first version was a simple inventory management software that ran on barcodes, the way it does in supermarkets. The most important feature of the app was that it was a web app that could be run seamlessly on a tablet or a smartphone.

Arvind first installed the system at his father’s stores and validated the product for two months and moved on to replicate it for 10 more businesses in Chennai by the end of 2014. But the challenge of convincing the non-tech-savvy business owners was a task in itself. The first few meetings were all about educating them about the use case and efficiency of the platform, following by assuring them that data privacy and security will be maintained on the client’s end.

The other big challenge was convincing them of the fact that the solution was simple enough to be used by less-educated employees who worked as salespersons, delivery boys etc. 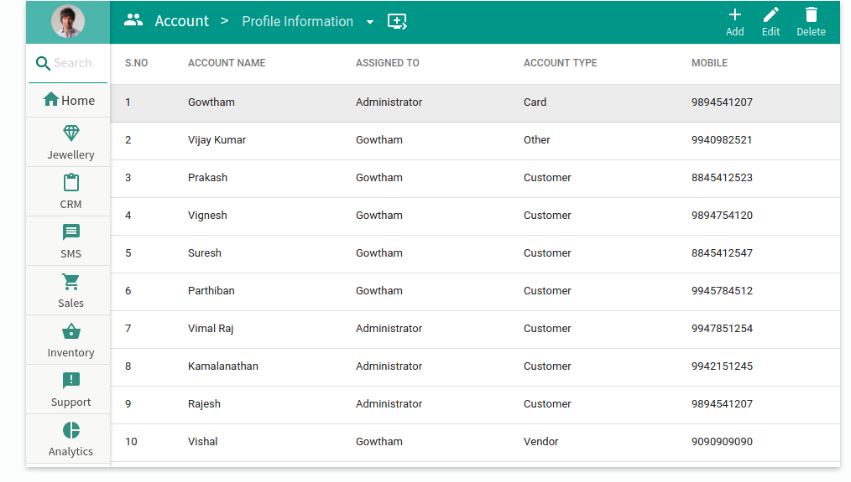 The company managed to get the first 10 customers onboard. But they discovered the following problems during the process – one cannot replicate a simplistic inventory management system even for businesses in the same vertical, the jewellery industry itself is resistant to technology and businesses were unwilling to pay a one-time cost for software due to the owners’ distrust in tech.

Arvind figured that the problem of adoption versus execution and implementation could be solved by upgrading the user experience and user interface. He decided to approach the issue with a ‘Design Thinking’ mindset which focussed heavily on intuitive, decision making. The UX of the platform needed to be simple, uncluttered, intuitive (learning on the go) for people unfamiliar with tech.

“The proposed upgrade incorporated two basic elements – how does our brain perceive decisions leading to simple navigation, and how can I make UI accessible in something like two clicks.” The second version also moved Sales Neuron from a barcode-based inventory management platform to an on-premise business management solution including inventory, sales and other processes.

The second iteration lasted until the end of 2015 and netted the company 50 more clients in Tier I, II cities of Chennai, Bengaluru, and Madurai. As Arvind discloses, their business model has remained consistent throughout the company’s growth – a SaaS-based, freemium version available for annual subscriptions. In 2015, this subscription was available for anywhere between INR 30K-INR 40K.

“Unfortunately, only four of our clients were willing to pay for these services and so we pivoted the revenue model again and settled on supplying the software for a one-time cost and left the AMC (annual maintenance contract) up to client’s discretion.” When prompted, Arvind reveals that this model has been in effect since the end of 2015 and doesn’t cover AMCs ad hoc because the company did not wish to waste resources on helping clients for less money, as usually happens in AMCs.

Sales Neuron operates on a standard B2B model. And for all startups operating in the B2B space, the big catch will always be enterprises – large-scale companies – but then converting a potential organisation takes anywhere between 6-18 months. Sales Neuron too faced the same dilemma and at the same time, the product needed another upgrade to make it enterprise-ready.

“We wanted to automate our own business process and use a CRM for scaling. But available CRM software – such as Zoho, SugarCRM, Salesforce etc., weren’t entirely customisable for the jewellery vertical and usually people bought the solution first and the extra customisable bits later. And so many enterprises fail across the world because the software used could not adapt to the business. We aimed to fix this.”

So, as per Arvind, in April 2016, the 18 member team went back to the drawing board after dumping version 2.0 to build a framework that consisted of defined technical modules that allowed their client to build their own app. “In simple terms, a platform with usable components (features) for development on the side, within the app. And all in a particular time frame.”

This UI was far more complicated than the previous ones and it could not break so Arvind used a ‘6 Set of UX Principles’ made with Google’s Material Design to ensure a simplified, customised, crash-free experience. This new product was launched in September 2016 with a price between $767 (INR 50K)-$15,340 (INR 10 Lakhs) and was immediately validated with about 20 companies signing on with the company within the next two months.

Arvind discloses with a touch of pride that the company has been profitable since 2015 for 5%-6% and by 2016 this figure had doubled approximately. While he is reluctant to discloses current figures, he does say that the company hopes to achieve $1 Mn ARR through various product upgrades as well as exploring newer verticals in the coming year.

Sales Neuron has so far been operating in stealth mode, with no word of the company or product on any public platform. “We were waiting to hit product validation and become profitable before we braved the world. And, for us, our scale so far has happened organically, purely through word-of-mouth.”

But as innovation was hardwired into the company’s DNA they successfully collaborated for an affordable, RFID-enabled solution called RF8500 – a handheld RFID reader that comes with integrated software. It allows users to fix RFID tags on every jewellery item which were traditionally tagged for INR50-INR80 per item, using Chinese products. Sales Neuron reduced the price to between INR 15-INR 20.

The RF8500 has been launched in partnership with Zebra Technologies.

“With this product, one day of stocktaking reduced to a matter of fifteen minutes,” says Arvind. They also incorporated an MPOS solution and, as a result, now boast of about 100+ clients overall while remaining in stealth mode for the most part of their journey.

They have even tied up with ecommerce enablers and launched a new prototype of 3D photographic machines. The machine itself is imported from Poland and works like this – the jewellery stores takes hi-res pictures (36 in two seconds) in 3D which are then converted into an HTML file. The machine is connected to Sales Neuron’s system so that converted file gets uploaded online instantly onto an ecommerce site.

“Basically, we began as a simple software solution for the jewellery business and are now turning into a full-scale platform enabler.”

As Sales Neuron has also entered the gym contract management space in December 2016, it is a relatively new vertical for the company which does count Zenoti, Fitness Force among others as competitors in the space. Arvind claims that they were able to tie up with 10+ clients and were able to make the system live as per client specification within three days.

While, for the jewellery industry, the competition is among verticals – everything from CRM to ERP management platforms such as Salesforce, Zoho, Microsoft, Dynamics, and SAP could be considered competition. Locally, as Arvind already mentioned, Jilaba, Acme Infinity, and Ornate Software are hardcore players in their chosen vertical.

“We have three things going for us – industry experience and domain expertise belonging to both me and my father; a customised, simplified and flexible solution; and our solution is applicable in all industries that we play in.”

Perhaps, that is why the company is planning on entering the healthcare space as well as approach tech startups which require the same kind of customisable, fast, executable solution that Sales Neuron has on deck. The team has also whittled down from the initial 20 to eight full-time employees and four part-time consultants as they shifted base to Bangalore.

Their larger picture centres around entering the APAC and EU jewellery sector in the distant future.

But through it all, Arvind is clear on one thing. “The idea is to launch a new version every six months. Keep giving upgrades so customers have to pay for that upgrade but make it so good and useful that they will be sticky. And then, offer an upsell.”

For a company that has only recently emerged from stealth mode and already claims to be profitable, the future seems to be as bright as gold.

The domestic gems and jewellery industry had a market size of $41.61 Bn in 2013, with the potential to touch $82.94 Bn–$87.93 Bn by 2018, according to a joint report by FICCI–AT Kearney titled ‘All that glitters is Gold: India Jewellery Review 2013.’ But, the industry as a whole, still operates under old and cumbersome processes which need immense manpower and resources.

Sales Neuron with its platform enabling philosophy, and its intention to cater to every single part of the jewellery store experience – from stock-taking, to sales, to bringing the store online via ecommerce, is certainly on the right track to accomplish automation. A major challenge for the company would be fighting established competitors who have been trusted by the SMBs in the vertical for years together. How the startup scales up despite the presence of legacy players and the presence of as yet unheard of contenders is what remains to be seen.

Sales Neuron is part of Inc42’s 42Fellowship – a year-long fellowship programme for India’s top growing and upcoming startups with the aim to build a close-knit community who can help each other multiply their impact.